Republican Gov. Greg Abbott says he will sign the measure that is on track to reach his desk by early September, if not sooner

Texas Republicans advanced new voting restrictions Thursday night after months of protests by Democrats, who after returning from a 38-day walkout are now all but out of ways to stop a bill that includes a ban on drive-thru voting and would empower poll watchers.

The nearly 50-page bill passed the Texas House on a 79-37 mostly party-line vote, moving fast a week after Democrats ended their holdout. Republican Gov. Greg Abbott says he will sign the measure that is on track to reach his desk by early September, if not sooner.

In what is now the GOP's third try at passing the bill since May, the atmosphere was charged. For more than 12 hours Republicans defended the changes as safeguards while Democrats, who offered a raft of rejected attempts to soften the bill, continued to say it would disproportionately impact people of color. At one heated point Republican Dade Phelan, the House speaker, interrupted lawmakers to tell them not to accuse each other of racism -- or even say the word.

But in the end, the bill easily passed, just as Democrats knew it would once they returned. 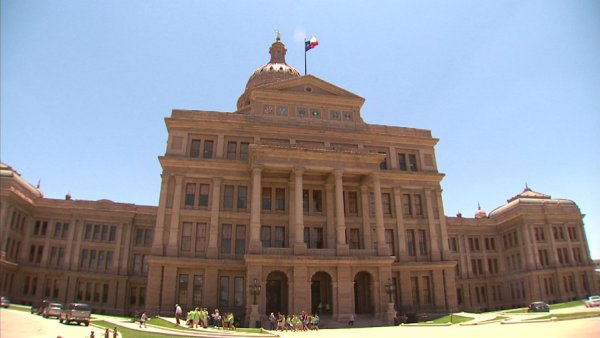 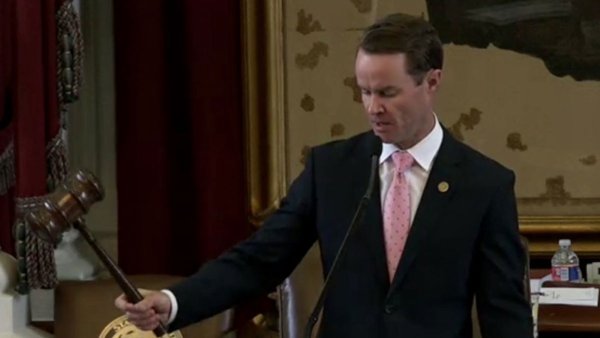 Texas is now set to become the last big GOP state to pass tighter voting laws driven by former President Donald Trump's false claims that the 2020 election was stolen. When one exchange Thursday turned to the violent Jan. 6 Capitol riot, Republican Kyle Biedermann, who was in Washington, D.C., that day, downplayed the attack and rejected that it was an insurrection.

In seeking to stop the bill, more than 50 Democrats had gone to Washington D.C., a destination they chose to press Congress on voting rights legislation. On Wednesday, the U.S. House passed federal voting rights legislation that congressional Democrats say is progress in their quest to fight back against voting restrictions advanced in states such as Texas. But Democrats do not have the votes to overcome opposition from Senate Republicans.

"As much as you might decry our need to go to Washington, I really beg for federal protection," Democratic state Rep. Rafael Anchia said.

Some Republicans did not hide their frustration with Democrats' refusal to return until now.

"I think you could care a little more, and should have been here," Republican J.M. Lozano said during one exchange with Anchia.

Vice President Harris met with Texas Democratic lawmakers in Washington, D.C. Tuesday to thank them for their efforts to block a Republican-backed restrictive voting rights bill.

The bill now goes back to the state Senate, which already signed off on a similar version this month following a 15-hour filibuster by Democrat Carol Alvarado.

That was another last-ditch gambit by Texas Democrats who have virtually no legislative means left to stop new voting measures in the state -- which already has some of the nation's toughest election laws. Abbott, who is up for reelection in 2022, has demanded the bill and swiftly vetoed paychecks for 2,100 legislative staffers after Democrats first blocked the legislation by walking out of the state Capitol in May.

Abbott then had to call a special session to take up voting restrictions. Democrats again walked out in July, with dozens boarding private jets to the nation's capital.

Without a quorum of 100 legislators necessary to do business, Republicans were left waiting, frustrated by Democrats, but knowing time was on their side. After the 30-day special session wound down, Abbott called another one -- and this time Republicans enlisted the help of law enforcement.

In the end, the bill closely resembled the same one Democrats walked out on more than a month ago. It includes a raft of tweaks and changes to the state's election code, which when taken as a whole would make it harder to cast a ballot in Texas.

Among other things, it prohibits drive-thru voting and threatens local elections officials with felony charges if they send mail-in voting applications to voters who don't request one. Many of the provisions take aim at Harris County — which includes Houston and is a major Democratic stronghold — after leaders there expanded ways to vote during the COVID-19 pandemic.

It also states that poll watchers, who are appointed by campaigns and political parties, cannot be denied "free movement" and makes it a crime for elections judges to obstruct them. Concerns raised by Democrats about voter intimidation and disruption were met with Republicans pointing to oaths and training that poll watchers are required to take.

For months, Texas Republicans accused Democrats of exaggerating the bill's impact and maintain it's not driven by Trump's loss, even as some have dodged questions about whether they believe the election was stolen. Republicans point out that the latest version would require another extra hour daily of early voting, and result in more counties offering at least 12 hours of early voting on weekdays.

"Texas affords an immense amount of opportunity to vote," said Republican state Rep. Andrew Murr, who is carrying the bill in the House.

The bill must reach Abbott's desk by Labor Day weekend. Otherwise, Republicans will have to start over for a fourth time.