The pair is seen wearing hazmat suits and carrying a bucket of red liquid, then spilling the bucket onto the floor, sending some riders running

Two teens thought they were just making a joke about a serious medical situation, but the MTA didn't think it was too funny.

The pair is seen on video wearing hazmat suits and carrying a bucket of red liquid onto an L train. After a rider asks if the liquid was the coronavirus, the teen boys get up — and promptly spill the bucket's contents onto the floor.

Some straphangers nearby immediately ran away, fearing the worst. But the duo who performed the stunt said they just wanted "to make light of the situation" and didn't have any intentions of getting anyone hurt or sick. 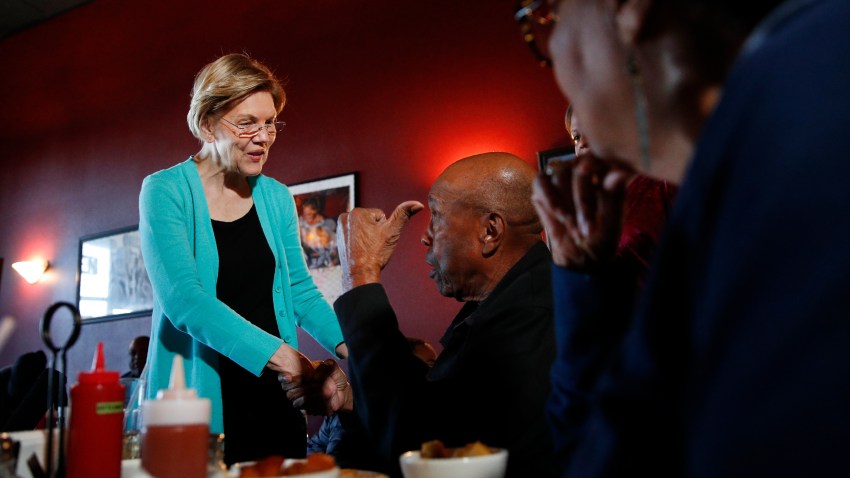 “We made it for entertainment purposes. It wasn't to cause everyone to be scared," teens David and Morris said in a phone interview with NBC New York.

As the video has gone viral, the MTA made it clear: stunts like that are not a laughing matter.

“Given the environment, dressing in hazmat suits and walking the streets of New York is an irresponsible thing to do. It ain’t funny. You shouldn’t do it," said MTA Chairman Pat Foye.

So what was the liquid that gave the riders such a scare actually made of? David and Morris said they made it out of Kool-Aid and soap — hardly a biochemical hazard.

Still, Foye said he has referred the case to the NYPD and MTA police.

The coronavirus has killed more than 1,100 people worldwide. No cases have been found in New York City, and though subway riders said the stunt may have been a little funny, it was in poor taste.

"I think that it’s a lot of fear mongering. There’s a lot of racism surrounding it. I don’t think it’s appropriate. But I’m not mad," said rider Claudette Hodge.