Sites throughout the Washington, D.C., area are marking 20 years since 9/11

It’s been two decades since the tragedies of Sept. 11, 2001, and on Saturday many remembrances are planned to honor the victims and first responders.

Secretary of Defense Lloyd J. Austin and Chairman of the Joint Chiefs of Staff Army Gen. Mark Milley reminded a crowd of who was lost in the 9/11 attacks and stressed the importance of carrying on their legacy of protecting the nation. 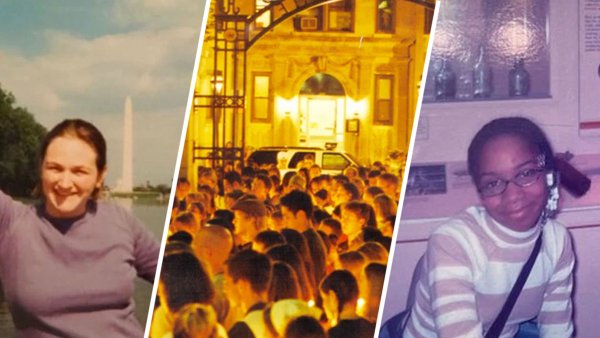 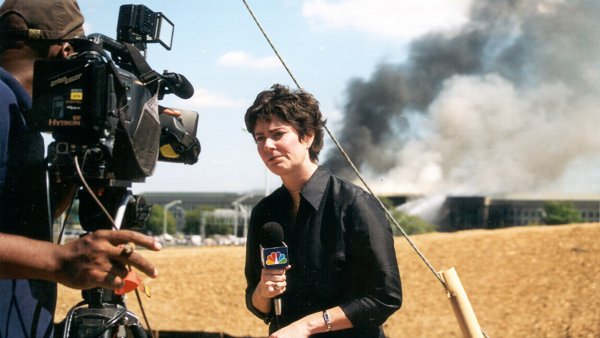 “Our hearts were indeed heavy that morning and to this day they remain heavy for the lives that we lost and the sacrifices that have been made since in war,” Bowser said.

Arlington County Fire Department commemorated 9/11 at Fire Station 5 two decades after first responders from the county assisted the response to the Pentagon attack. Arlington was one of many local jurisdictions that sent thousands of first responders to assist, officials said.

Zach Laychak was just 9 when his father died at the Pentagon on Sept. 11, 2001. He shares the ways he still honors and remembers his father with News4's Julie Carey.

Firefighters in Arlington managed the incident command, which the 9-11 Commission concluded was integral to the response, officials said.

All first responders who worked on 9/11 were asked to place a rose at the end of Arlington's ceremony.

As day broke at the Pentagon Saturday, a flag was unfurled over the west lawn, followed by solemn performances of the national anthem.

The flag unfurling reprises the show of resilience and patriotism that came shortly after the fires were extinguished at the building 20 years ago, News4's Julie Carey said.

“The people who were lost that day are not just names and numbers,” Gen. Milley said. “They were irreplaceable to their family, instrumental in their jobs, women into the fabric of their community.”

Austin noted that about a quarter of Americans alive now weren't born on 9/11, and many of the 13 service members killed last month in a bombing at the Kabul airport were babies in 2001.

“Today, we remember not just who our fallen teammates were, but we remember the mission that they shared,” Austin said. “We recall their common commitment to defend our republic.”

He thanked the families of victims and the survivors, saying it would always be a duty to fulfill the mission of those lost.

"We still work here. We still remember. And we still uphold our values here: clear heads and fearless hearts," he said.

A smaller ceremony occurred at Fairfax Memorial Park in Virginia, the final resting place for several people killed in the Pentagon attack.

Deborah Rooney, whose husband John P. Sammartino was killed in the attack, returned to his final resting place instead of going to the large official ceremonies suc has those at the Pentagon and ground zero in New York.

Even going to the local remembrance of that painful loss wasn’t an easy decision.

“I pretty much try to stay out of the limelight. I don’t make a big deal out of this,” Rooney said. “I decided that I really did need to be here.”

Fairfax Memorial Park is the final resting place for several people killed in the attack on the Pentagon. News4's Derrick Ward was there for a moving ceremony.

From the Pentagon memorial service to the tower of light to memorials in counties that lost residents, here’s how the D.C. area will mark the day.

Tower of Light: A powerful beam is illuminating the night sky over the Pentagon this weekend to mark 20 years since the 9/11 attacks. The Tower of Light will be lit each night until early Sunday morning. Here's more information.

Pentagon 9/11 Observance Ceremony: After a sunrise flag unfurling ceremony on the west side of the Pentagon, Secretary of Defense Lloyd J. Austin and Chairman of the Joint Chiefs of Staff Army Gen. Mark Milley will speak at 9 a.m. in honor of the Pentagon attack victims. The events are closed to the public, but you can watch it on NBC4.

Charles County 9/11 Remembrance Ceremony: The public is invited to a 30-minute ceremony that will begin at 9:30 a.m. near the Charles County Government Building flagpole. Charles County residents who died at the impact will be recognized and there will also be a moment of silence and a bell-ringing ceremony.

City of Alexandria 9/11 Remembrance Ceremony: The remembrances will begin at 10 a.m. in Waterfront Park.

Dominion Energy art installation and commemoration: Two 40-foot shipping containers are standing at Inspiration Hill in Glen Maury Park in Buena Vista, Virginia, to represent the Twin Towers. On Saturday at 10 a.m., Dominion will host a 21-gun salute and other ceremonials.

Arlington Police, Fire, Sheriff and ECC 9/11 Memorial 5K: This 5K is a fundraiser for the Pentagon Memorial Fund. Registration for virtual participation is still open, in-person registrations are sold out.