Russia Pummels Port of Odesa in Attempt to Disrupt Supplies

In Washington, a top U.S. intelligence official testified Tuesday that eight to 10 Russian generals have been killed in the war

With the war now in its 11th week and Kyiv bogging down Russian forces and even staging a counteroffensive, Foreign Minister Dmytro Kuleba seemed to indicate that the country could go beyond merely pushing Russia back to areas it or its allies held on the day of the Feb. 24 invasion.

The idea reflected Ukraine’s ability to stymie a larger, better-armed Russian military, which has surprised many who had anticipated a much quicker end to the conflict.

One of the most dramatic examples of Ukraine's ability to prevent easy victories is in Mariupol, where Ukrainian fighters remained holed up at a steel plant, denying Russia's full control of the city. The regiment defending the plant said Russian warplanes continued bombarding it.

In recent days, the United Nations and Red Cross organized a rescue of what some officials said were the last civilians trapped at the plant. But two officials said Tuesday that about 100 were believed to still be in the complex's underground tunnels. Others said that was impossible to confirm.

In another example of the grisly toll of the war, Ukrainian officials said they found the bodies of 44 civilians in the rubble of a building destroyed weeks ago in the northeastern city of Izyum.

New U.N. figures, meanwhile, said that 14 million Ukrainians were forced from their homes by the end of April, including more than 5.9 million who have left the country.

In Washington, a top U.S. intelligence official testified Tuesday that eight to 10 Russian generals have been killed in the war. Lt. Gen. Scott Berrier, who leads the Defense Intelligence Agency, told a Senate committee that because Russia lacks a noncommissioned officer corps, its generals have to go into combat zones and end up in dangerous positions.

Ukraine said Russian forces fired seven missiles Monday at Odesa, hitting a shopping center and a warehouse in the country's largest port. One person was killed and five wounded, the military said.

Images showed a burning building and debris — including a tennis shoe — in a heap of destruction in the city on the Black Sea. Mayor Gennady Trukhanov later visited the warehouse and said it “had nothing in common with military infrastructure or military objects.”

Ukraine alleged at least some of the munitions used dated to the Soviet era, making them unreliable in targeting. Ukrainian, British and U.S. officials say Russia is rapidly using up its stock of precision weapons, raising the risk of more imprecise rockets being used as the conflict grinds on.

Since President Vladimir Putin's forces failed to take Kyiv early in the war, his focus has shifted to the eastern industrial heartland of the Donbas — but one general has suggested Moscow’s aims also include cutting Ukraine’s maritime access to both the Black and Azov seas.

That would also give it a swath of territory linking Russia to both the Crimean Peninsula, which it seized in 2014, and Transnistria, a pro-Moscow region of Moldova. 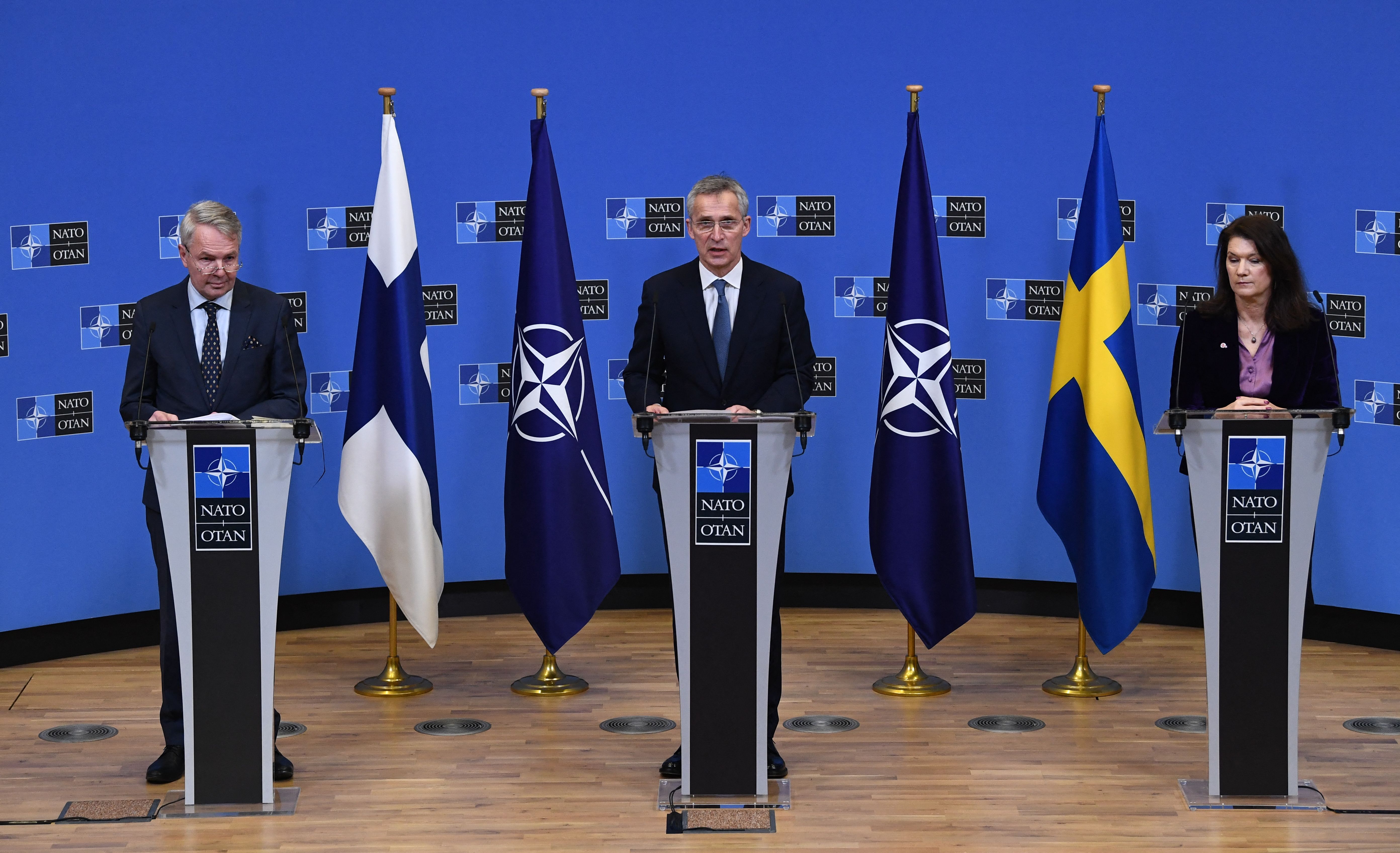 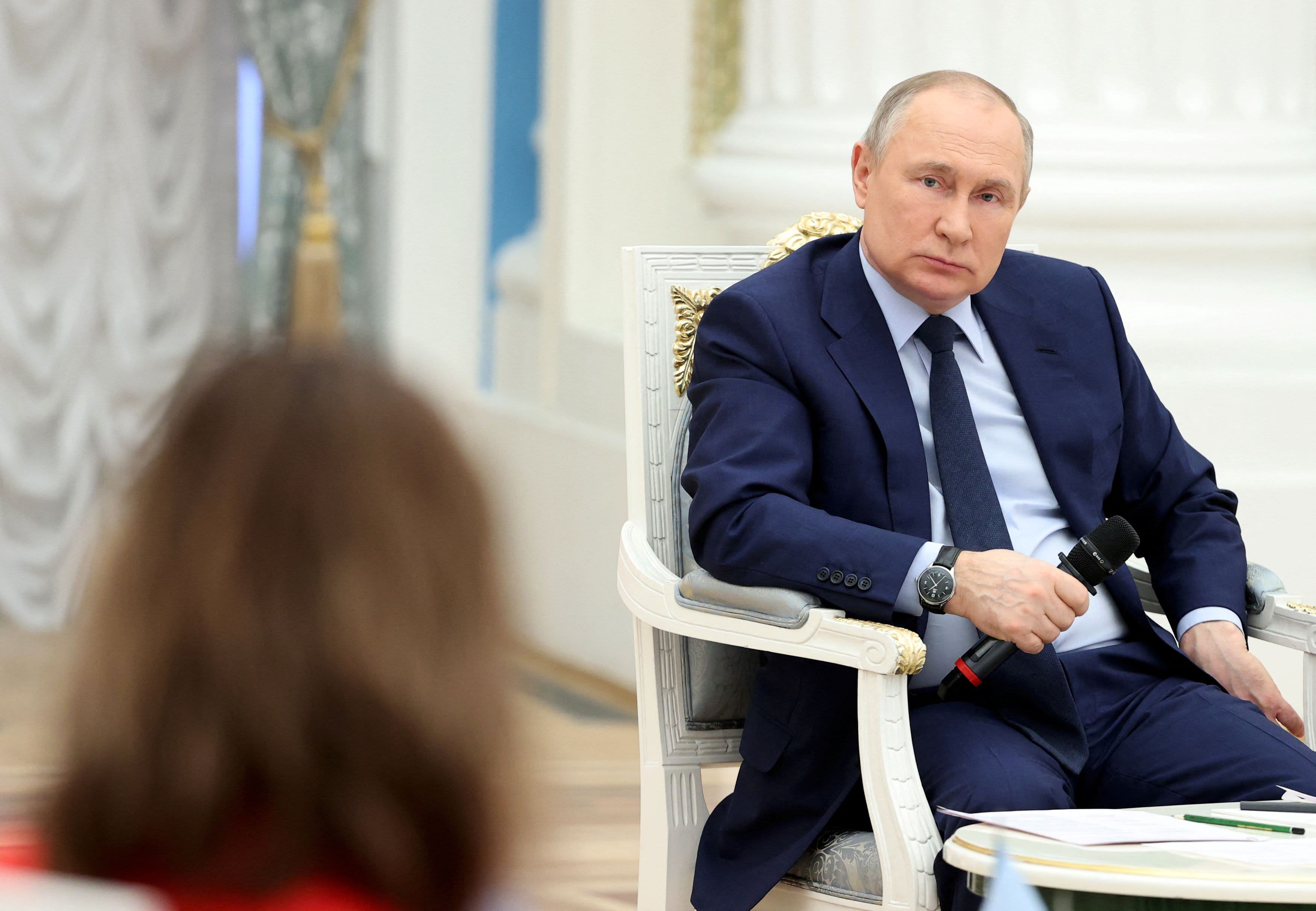 Russia Still Faces a High Chance of Default, Despite Payment

Even if it falls short of severing Ukraine from the coast — and it appears to lack the forces to do so — continuing missile strikes on Odesa reflect the city’s strategic importance. The Russian military has repeatedly targeted its airport and claimed it destroyed several batches of Western weapons.

Odesa is also a major gateway for grain shipments, and its blockade by Russia already threatens global food supplies. Beyond that, the city is a cultural jewel, dear to Ukrainians and Russians alike, and targeting it carries symbolic significance as well.

In Mariupol, Russians also bombarded the Azovstal steel mill, the Azov regiment said, targeting the sprawling complex 34 times in the past 24 hours. Attempts to storm the plant also continued, it said.

Petro Andryushchenko, an adviser to Mariupol’s mayor, estimated on social media that at least 100 civilians are trapped in the plant. Donetsk regional Gov. Pavlo Kyrylenko said those who remain are people “that the Russians have not selected” for evacuation.

The two officials did not say how they knew civilians were still in the complex — a warren of tunnels and bunkers spread over 11 square kilometers (4 square miles).

Fighters with the Azov regiment released photos of their wounded comrades inside the plant, including some with amputated limbs. They said the wounded were living in unsanitary conditions “with open wounds bandaged with non-sterile remnants of bandages, without the necessary medication and even food.”

In its statement on Telegram, the regiment appealed to the U.N and Red Cross to evacuate the wounded servicemen to Ukrainian-controlled territories.

The photos could not be independently verified.

Even before Russia invaded Ukraine, the U.S. had been sending military equipment to the country for its defense. So where do these weapons come from? And how do these shipments affect our own military readiness? William Hartung, senior research fellow at the Quincy Institute for Responsible Statecraft, joined NBCLX storyteller Clark Fouraker to explain.

With Russian forces struggling to gain ground in the Donbas, military analysts suggest that hitting Odesa might serve to stoke concern about southwestern Ukraine, thus forcing Kyiv to put more forces there. That would pull them away from the eastern front as Ukraine's military stages counteroffensives near the northeastern city of Kharkiv, aiming to push the Russians back across the border there.

Kharkiv and the surrounding area has been under sustained Russian attack since the early in the war. In recent weeks, grisly pictures testified to the horrors of those battles, with charred and mangled bodies strewn in one street.

Dozens of bodies were found in a five-story building that collapsed in March in Izyum, about 120 kilometers (75 miles) from Kharkiv, said Oleh Synehubov, the head of the regional administration.

But Ukrainian President Volodymyr Zelenskyy said Tuesday that the military was gradually pushing Russian troops away from Kharkiv. The Ukrainian military's general staff said its forces drove the Russians out of four villages to the northeast of Kharkiv as it tries to push them back toward the Russian border.

“In the first months of the war, the victory for us looked like withdrawal of Russian forces to the positions they occupied before Feb. 24 and payment for inflicted damage,” Kuleba said in an interview with the Financial Times. “Now if we are strong enough on the military front, and we win the battle for Donbas, which will be crucial for the following dynamics of the war, of course the victory for us in this war will be the liberation of the rest of our territories.”

The comments seemed to reflect political ambitions more than battlefield realities: Many analysts acknowledge that although Russia isn’t capable of making quick gains, the Ukrainian military isn’t strong enough to drive the Russians back.

Zelenskyy used his nightly address to pay tribute to Leonid Kravchuk, the first president of an independent Ukraine, who died Tuesday at 88. Zelenskyy said Kravchuk showed courage and knew how to get the country to listen to him.

That was particularly important in “crisis moments, when the future of the whole country may depend on the courage of one man,” said Zelenskyy, whose own communication skills and decision to remain in Kyiv when it came under Russian attack have helped make him a strong wartime leader.

In the U.S., President Joe Biden signed a bipartisan measure Monday to reboot the World War II-era “lend-lease” program, which helped defeat Nazi Germany, to bolster Kyiv and its allies.

Gambrell reported from Lviv, Ukraine. Yesica Fisch in Bakhmut, David Keyton in Kyiv, Yuras Karmanau in Lviv, Mstyslav Chernov in Kharkiv, Lolita C. Baldor in Washington, and AP staff around the world contributed to this report.