Rockets Fired at Kabul Airport But US Flights Continue

U.S. forces on the airfield used a defensive system to intercept them. The Kabul airfield remains operational as the evacuation continued on Monday

Rocket fire apparently targeting Kabul's international airport struck a nearby neighborhood on Monday, the eve of the deadline for U.S. troops to withdraw from Afghanistan after 20 years of war.

U.S. air defenses were engaged when as many as five rockets were fired at the Hamid Karzai International Airport, NBC News reported citing an American defense official, who added that there were no immediate reports of casualties.

Witnesses told The Associated Press that missiles struck a nearby neighborhood and that gunfire was heard afterward.

The rockets did not halt the steady stream of U.S. military C-17 cargo jets taking off and landing at the airport.

White House: US Has Capacity to Evacuate Remaining Americans 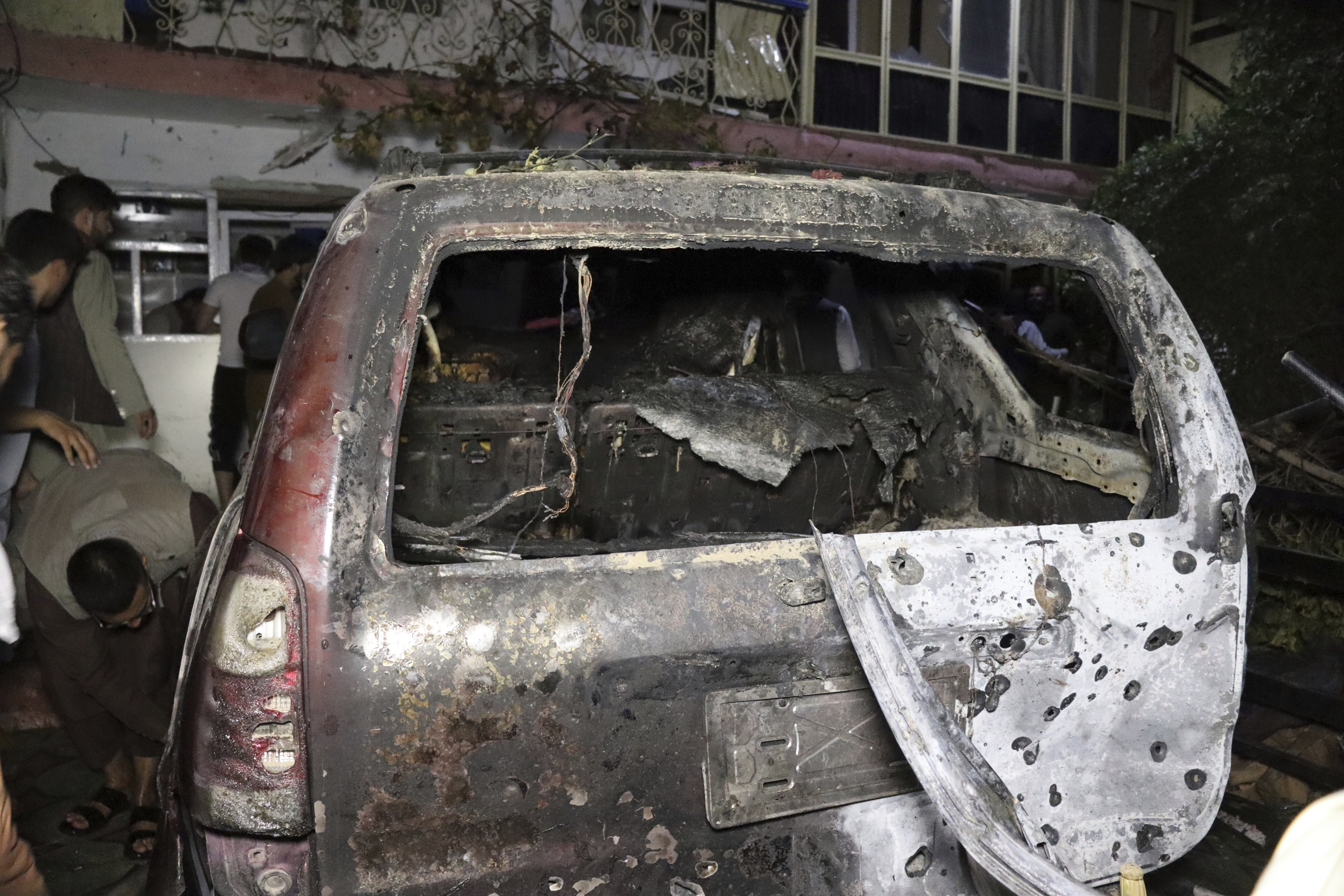 The ISIS-K extremist group claimed responsibility for the latest attack, as well as for the suicide bombing outside the airport last week that killed 13 U.S. military personnel and more than 110 Afghans. President Joe Biden promised he would retaliate.

Meanwhile, the U.S. says it is investigating reports that its drone strike against an Islamic State Khorasan group target in Kabul on Sunday may have caused civilian casualties.

"We are aware of reports of civilian casualties following our strike on a vehicle in Kabul today," Capt. Bill Urban, spokesman for U.S. Central Command, said in a statement.

He said there "were substantial and powerful subsequent explosions resulting from the destruction of the vehicle," which suggested that there was a "large amount of explosive material inside that may have caused additional casualties."

ISIS-K is a terror group behind the bombing that killed more than 100 people at an airport in Kabul, Afghanistan. Many of its members were recently released from jails as Taliban fighters took over the country. But the groups have their differences from the Taliban too - NBC News Tehran Bureau Chief Ali Arouzi explains.

He said the incident would be investigated further.

The Taliban tightened their security cordon around the airfield after the attack, clearing away massive crowds of Afghans who were desperate to flee the country in the waning days of the U.S.-led airlift. Taliban fighters are now stationed along a fence near the main runway.

Five rockets targeted the airport in the latest attack, said Navy Capt. Bill Urban, a spokesman for the U.S. military’s Central Command. A defensive weapon known by the acronym C-RAM — a Counter-Rocket, Artillery and Mortar System — targeted the rockets in a whirling hail of ammunition, Urban said. The system has a distinct, drill-like sound that echoed through the city at the time of the attack.

The White House said officials briefed Biden on the rocket attack on Monday.

“The president was informed that operations continue uninterrupted at HKIA, and has reconfirmed his order that commanders redouble their efforts to prioritize doing whatever is necessary to protect our forces on the ground,” the statement said, using an acronym for Kabul's airport.

After the rocket fire, planes continued to land and taxi across to the northern military side of the airport. Planes took off roughly every 20 minutes at one point Monday morning. One C-17 landing in the afternoon shot off flares as it approached — a maneuver to protect against heat-seeking missiles and a sign that the U.S. military remains concerned about surface-to-air missiles loose in the country.

Smoke from several fires along the airport's perimeter could be seen Monday. It wasn't clear what was ablaze, although U.S. forces typically destroy material and equipment they won't take with them.

The airport had been one of the few ways out for foreigners and Afghans fleeing the Taliban takeover. However, coalition nations have halted their evacuations in recent days, leaving the U.S. military largely alone at the base with some remaining allied Afghan forces.

The White House said Monday that over the last 24 hours, the American military carried out some 1,200 evacuees on 26 C-17 flights, while two coalition flights flew out 50 others. Since the end of July, U.S. forces have evacuated about 122,300 people, it said.

Ross Wilson, the chargé d’affaires at the U.S. Embassy in Kabul now working out of the airport, insisted those evacuations remained ongoing in a message on Twitter.

“This is a high-risk operation,” Wilson wrote. “Claims that American citizens have been turned away or denied access to HKIA by Embassy staff or US Forces are false.” He did not elaborate.

The U.S. State Department released a statement Sunday signed by about 100 countries, as well as NATO and the European Union, saying they had received “assurances” from the Taliban that people with travel documents would still be able to leave.

The Taliban have said they will allow normal travel after the U.S. withdrawal is completed on Tuesday and they assume control of the airport. However, it remains unclear how the militants will run the airport and which commercial carriers will begin flying in, given the ongoing security concerns.

With the withdrawal of the last of its troops, the U.S. is set to end its longest war with the Taliban back in power. Many Afghans remain fearful of the return of Taliban rule, and there have been sporadic reports of killings and other abuses in areas controlled by the group.

The Taliban have honored a pledge not to attack Western forces so long as they evacuate by Tuesday, but ISIS remains a threat.

The U.S. carried out another drone strike elsewhere in the country Saturday; it said two ISIS members were killed.

Meanwhile, a cross-border shooting across the frontier between Afghanistan and Pakistan killed two Pakistani soldiers, the military said. Pakistani troops “responded in a befitting manner” after the attack in the district of Bajur of the country's Khyber Pakhtunkhwa province, the military said.