Jurors had heard opening statements and two days of testimony before the trial was placed on hold in mid-March due to the coronavirus pandemic.

Real estate scion Robert Durst's Los Angeles murder trial -- which has already been sidelined for more than four months as a result of the coronavirus pandemic -- was postponed Friday until April 12.

Jurors heard opening statements and two days of testimony before the case was put on hold in mid-March due to concerns about COVID-19. Durst, 77, is charged with the December 2000 shooting death of his longtime friend, Susan Berman, at her home in the Benedict Canyon area of Los Angeles. 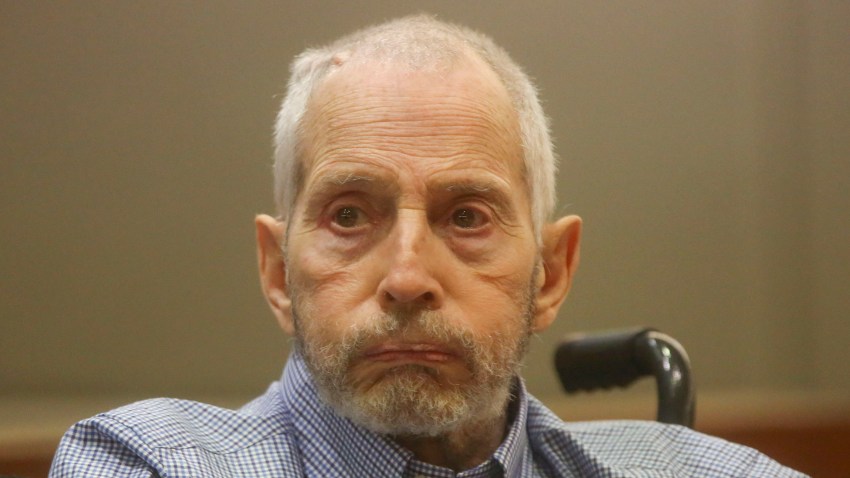 ‘Bob Durst Killed His Wife,' Prosecutor Says at His Trial

At a July 17 hearing, the lead prosecutor in Durst's case asked the defense to consider whether there should be a recess in the trial until mid-April or whether the judge could hear the case without a jury.

Deputy District Attorney John Lewin noted then that jurors could be] instructed to return to court in mid-April, rather than being inconvenienced by a “permanent delay by installments'' in which the trial date might repeatedly be postponed because of concerns about the spread of coronavirus.

Defense attorneys, who had cited concerns about the health risks to trial participants and delays that might dull jurors' memories of evidence that was presented before the case was halted, met with Durst to discuss the proposals before a decision was reached on how to proceed.

The pandemic forced court officials to close the county's courthouses to all but time-sensitive, essential matters.

In opening statements in March, the prosecutor alleged that Durst killed Berman after she told him she was going to talk to investigators looking into the still-unsolved 1982 disappearance of his first wife, Kathie.

Durst was acquitted of murder in Texas after testifying that he killed his neighbor, Morris Black, in self-defense in September 2001. Los Angeles County prosecutors allege that Durst was in Galveston, Texas, while posing as a mute woman after authorities launched a new investigation into what had happened to Kathie Durst.

In his opening statement, the defendant's lead attorney, Dick DeGuerin, told jurors that Durst panicked after finding Berman's body in her home while coming to visit her for the holidays. Durst wrote an anonymous “cadaver note'' that was subsequently mailed to Beverly Hills police so her body would be found, DeGuerin said, noting that Durst would testify in his own defense.

Durst was profiled in a six-part HBO television series “The Jinx: The Life and Deaths of Robert Durst,'' in which the defendant was later recorded saying “There it is, you're caught'' and “killed them all, of course.''

Durst has been behind bars since March 14, 2015, when he was taken into custody in a New Orleans hotel room hours before the airing of the final episode of the HBO series, which examined Kathie's disappearance and the killings of Berman and Black.

Durst has been long estranged from his real estate-rich family, which is known for ownership of a series of New York City skyscrapers -- including an investment in the World Trade Center. He split with the family when his younger brother was placed in charge of the family business, leading to a drawn-out legal battle.

According to various media reports, Durst ultimately reached a settlement under which the family paid him $60 million to $65 million.