The State Department said his appearance is not in violation of the Hatch Act because he is a Senate-approved, political appointee

Secretary of State Mike Pompeo sent a cable to all U.S. diplomatic missions last month warning American diplomats that under federal law they should not take overt sides in the presidential campaign. On Tuesday, he plans to ignore his own warning by speaking to the Republican National Convention endorsing President Donald Trump for a second term.

Pompeo's message to State Department employees reminding them of restrictions on political activity under the Hatch Act was not unusual. Similar, if not identical, cables have been sent by successive secretaries of state every presidential election year. None of his predecessors, however, has disregarded those instructions so obviously.

Despite State Department assurances that Pompeo will be speaking to the convention in his personal capacity and won’t violate the Hatch Act, Democrats and other critics have cried foul. They accuse the country’s top diplomat of inappropriate political behavior that has been anathema to his predecessors and of trashing his own admonition to State Department staffers.

“The department works to advance the national interest abroad on behalf of all Americans in a non-partisan fashion," Pompeo said in the July 24 cable. Known as an ALDAC, short for the distribution list to “ALL DIPLOMATIC AND CONSULAR” posts, the cable was sent over Pompeo's signature as are all such messages from State Department headquarters.

Former pro football player and Heisman Trophy winner Herschel Walker talked about his long friendship with President Donald Trump on the first night of the 2020 RNC.

"It is important to remember that in order to avoid any confusion or misperception in this regard, the department’s longstanding policy is that U.S. citizen employees and family members may not engage in partisan political activity while posted or on TDY abroad, even on personal time,” the cable said. TDY is an acronym for Temporary Duty.

The cable was released late Monday by Rep. Eliot Engel, D-N.Y., the chairman of the House Foreign Affairs Committee and a fierce Pompeo critic who is engaged in multiple battles with the secretary over what he believes to be inappropriate and possibly illegal partisan behavior. The Associated Press obtained a copy of the cable independently and verified its authenticity.

“Once again, the rules go out the window for Secretary Pompeo when they get in the way of serving his political interests and Donald Trump," Engel said in a statement. "Mr. Pompeo should show real respect for American law, diplomacy, and diplomats, and should follow his own guidance, cancel the speech, and watch the RNC from his hotel room after the workday is done.”

Andrew Pollack, the father of Meadow Pollack, speaks about the events that followed the shooting at Marjory Stoneman Douglas High School which claimed the life of his daughter.

The State Department has defended Pompeo's decision to appear at the convention. Officials have noted that Hatch Act rules for Senate-confirmed political appointees like the secretary are slightly less restrictive than those for rank-and-file diplomats.

Meanwhile, a person close to Pompeo said four teams of lawyers, including the State Department legal counsel, have reviewed the speech that will be recorded in Jerusalem and broadcast in prime-time at the Republican convention on Tuesday to ensure that it does not cross ethical lines. The person was not authorized to discuss the matter publicly and spoke on condition of anonymity.

That person and the State Department said no taxpayer money was used in the production of the video, which was filmed in Jerusalem on Monday on the first stop of a multination trip to the Middle East that is dominated by official government business.

Hear what Senator Tim Scott, R-S.C., had to say during his speech on night 1 of the 2020 Republican National Convention.

“Looking forward to sharing with you how my family is more SAFE and more SECURE because of President Trump," Pompeo tweeted after the RNC announced his appearance. The State Department followed quickly with comments distancing the agency from the planned remarks.

The person close to Pompeo said the short address would focus on Trump’s accomplishments in making Americans and the world safer and promoting his “America First” foreign policy. The speech will not delve into Pompeo’s own activities as secretary of state, the person said. Pompeo is likely to tout Trump’s Mideast policies and the recent agreement between Israel and the United Arab Emirates to normalize relations.

Critics, though, say Pompeo is violating the spirit, if not the letter, of the Hatch Act by using government resources to travel to the venue and jeopardizing long-standing tradition that domestic politics ends at the water’s edge when it comes to diplomacy.

At the same time, they complain that in using Jerusalem as the venue, Pompeo is further politicizing the U.S.-Israel relationship with a pitch for Trump's reelection.

“It is unprecedented and highly unethical for a sitting secretary of state to address a political convention while on official foreign travel," said Halie Soifer, the head of the Jewish Democratic Council of America. “In addition to violating the Hatch Act, Secretary Pompeo’s plans to speak at the Republican National Convention from Jerusalem underscore the president’s ongoing effort to politicize the U.S.-Israel relationship.” 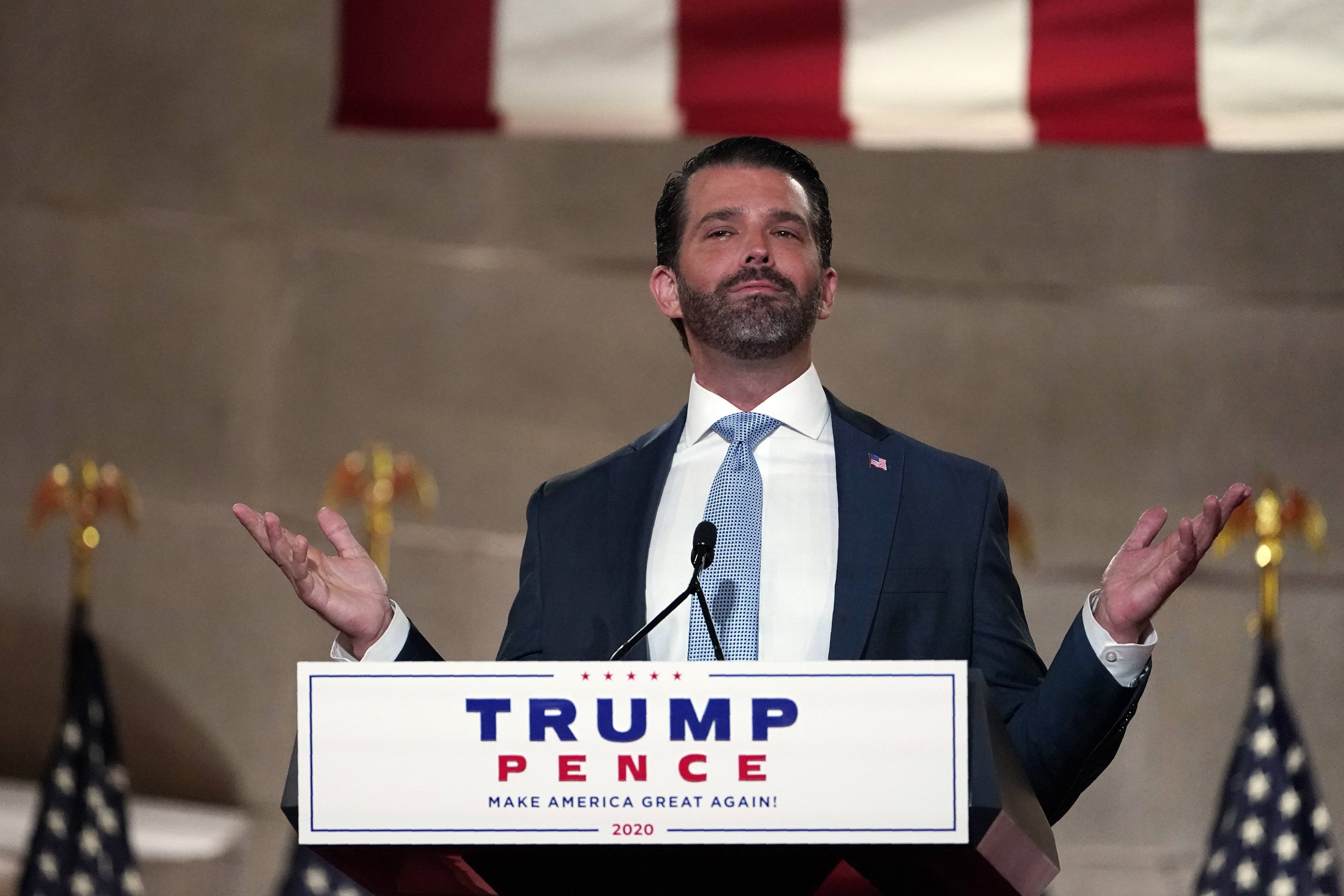 Trump has proudly claimed the mantle of being America's most pro-Israel president ever and as proof pointed to his decisions to recognize Jerusalem as the capital of the Jewish state, move the U.S. Embassy to the holy city from Tel Aviv, recognize Israeli sovereignty over the Golan Heights and sideline the Palestinians. Such actions have won him high praise from conservative Israelis and American Jews but also appealed strongly to evangelical Christians in the United State whose support Trump is counting on in November.

While previous secretaries of state have naturally supported the policies of the presidents they served, they have steered clear of public political endorsements, sometimes going to great lengths to avoid their parties' conventions.

Previous secretaries of state have shunned overtly partisan rhetoric, and some have made a deliberate point of being out of the country and unavailable during their political parties’ presidential nominating events.

Like two of his predecessors, John Kerry and Hillary Clinton, both of whom were unsuccessful Democratic Party nominees for president, Pompeo was a member of Congress before joining the executive branch. But both Clinton and Kerry eschewed the Democratic National Convention while they served as America’s top diplomat.

When President Barack Obama was officially nominated for a second term during the party convention in 2012, Clinton was half a world away, traveling to the Cook Islands, Indonesia, China, East Timor, Brunei and far eastern Russia. When Clinton was nominated in 2016, Kerry was traveling in Europe and Southeast Asia.

It’s not just Democrats. When Republicans nominated John McCain in 2008, Secretary of State Condoleezza Rice was on a trip to Portugal, Libya, Tunisia, Algeria and Morocco.