Over 49,000 Pieces of Plane Found in China Eastern Crash as Search Nears End

The investigation into the cause of the crash faces several challenges

Chinese officials said Thursday that the search for wreckage in last week's crash of a China Eastern Boeing 737-800 is basically done and that more than 49,000 pieces of debris had been found.

Flight MU5735 plunged from 29,000 feet (8,800 meters) into a mountainside in southern China's Guangxi region, killing all 132 people on board. The impact created a 20-meter- (65-foot-) deep crater, set off a fire in the surrounding forest and smashed the plane into small parts scattered over a wide area, some of them buried underground.

Zhu Tao, the director of aviation safety for the Civil Aviation Administration of China, said at a news conference in the nearby city of Wuzhou that important parts including the horizontal stabilizer, engine and remains of the right wing tip had been recovered after nearly 10 days of searching, according to the official Xinhua News Agency.

The investigation into the cause of the crash faces several challenges including that the plane plunged without warning, air traffic controllers got no reply from the pilots after it started falling and the pieces of debris are so small. 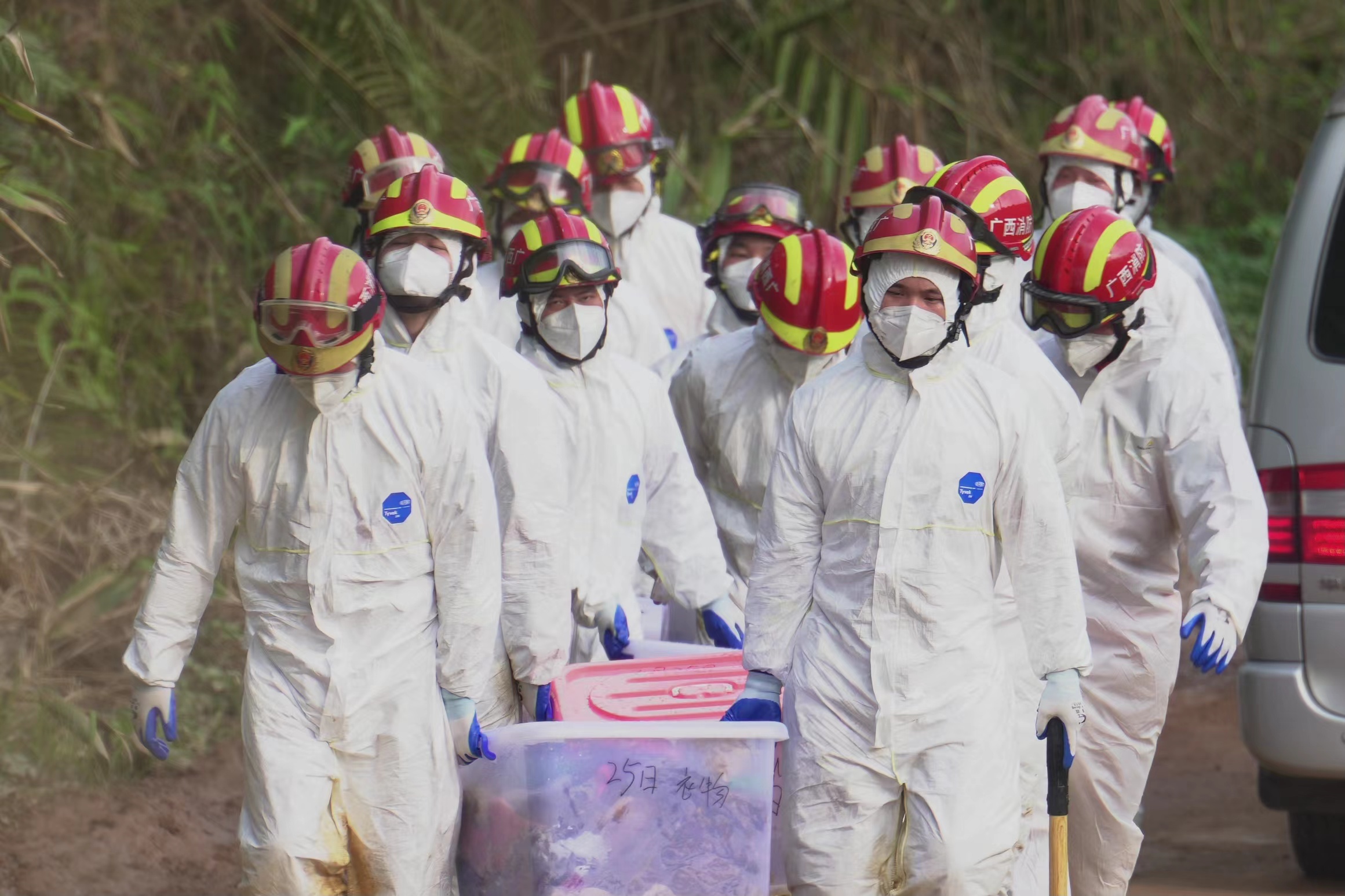 EXPLAINER: What Is Known About the China Eastern Plane Crash

More than 22,000 cubic meters (800,000 cubic feet) of soil were excavated and 49,117 pieces of the plane found, said Zhang Zhiwen, an official with the Guangxi government. The search was made more difficult by rain and muddy conditions in the remote and steep location.

The two “black boxes” — the flight data recorder and the cockpit voice recorder — have been found and sent to Beijing for examination and analysis. Zhu said a preliminary investigation report would be completed within 30 days of the March 21 crash.

A team of U.S. investigators from the National Transportation Safety Board and advisors from Boeing and the Federal Aviation Administration have been granted visas to travel to China to take part in the investigation, under longstanding international agreements.

Engine manufacturer CFM will support the investigation but not send anyone to China, the NTSB said, correcting an earlier announcement that company representatives would be part of the traveling team.

The China Eastern flight, with 123 passengers and nine crew members, was headed from the southwestern city of Kunming, the capital of Yunnan province, to Guangzhou, a major city and export manufacturing hub near Hong Kong in southeastern China.