Opposition Supporters in Venezuela Ask What's Next for Juan Guaidó

“This country needs more than tours ... We need action. We need answers," a medical student who supports the opposition said

Few places in Venezuela have a higher concentration of backers for opposition leader Juan Guaidó than the campus of the Central University of Venezuela, a hotbed of anti-government sentiment at the heart of the crisis-torn nation's capital, Caracas.

Students say their expectations have soared in recent days since U.S. President Donald Trump showered Guaidó with attention on a stop in Washington. Still, they're left with questions about what comes next for the challenger following a tour of nations that back his effort to oust socialist leader Nicolás Maduro. 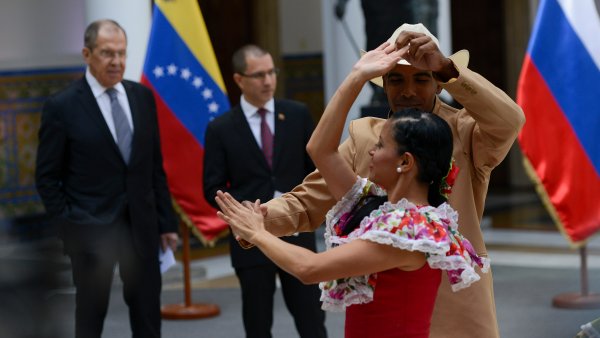 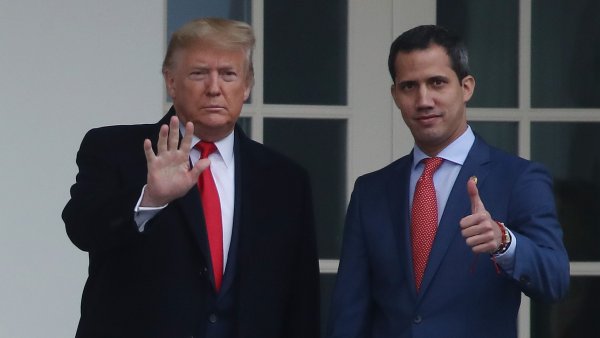 On campus, students complain of a shortage of teachers due to mass emigration, and classrooms at the sprawling campus often lack electricity and running water, reflecting deterioration across the nation.

“Our position as medical students is based on what we see every day in the hospital with our patients,” said Julio, noting that patients suffer and die for a lack of basic antibiotics. “That for us is a sin.”

Guaidó, 36, is at a critical moment in his year-long campaign to oust Maduro, which appeared to be flagging in recent months.

The opposition leader said in a video circulated online late Monday from an undisclosed location that he's planning his return to Venezuela. He called on his countrymen to mobilize.

“Venezuelans have the support and respect of the world,” Guaidó said. “We've got to come together like never before to continue our fight inside and outside of Venezuela.”

Venezuelan opposition leader Juan Guaidó took to the streets with a small contingent of heavily armed troops early Tuesday in a bold and risky call for the military and people to rise up and oust socialist leader Nicolas Maduro.

This played out a year after Guaidó announced he was assuming interim presidential powers as head of the National Assembly, arguing that Maduro's reelection had been invalid.

He won backing from nearly 60 nations, including the United States, his Guaidó's most important international ally.

The buzz, however, had begun to fade after several months when a quick transition failed to materialize. Guaidó's effort to spark a military uprising failed in April and once-large demonstrations by supporters thinned. Maduro remains firmly in control of all levers of government.

Guaidó's visit to Washington revived hopes among supporters. He was a surprise guest at Trump's annual State of the Union address, where Trump recognized Guaidó as the only “legitimate president of Venezuela” and said that Maduro's hold on power "will be smashed and broken.”

Trump followed that with a 45-minute meeting with Guaidó.

Eric Farnsworth, Washington D.C.-based vice president of the Americas Society think tank, said from a public perspective, Guaidó may have even exceeded expectations by scoring a coveted White House meeting, though that poses risks.

“You’re raising expectations again," Farnsworth said. “If the expectations are raised but not met, then you have a real problem.”

White House officials have piled up sanctions on Venezuelan officials in attempt to pressure Maduro out and say they're weighing more.

The Trump administration on Friday hit Venezuela's state-owned airline CONVIASA with sanctions. Maduro's socialist party responded with a march through Caracas on Monday and the socialist president blamed the opposition leader.

“We have to point the finger to the person responsible for these sanctions," Maduro said, speaking at the march. "His name is Juan Guaidó and he sought these sanctions telling his northern masters to sanction this company.”

Victor Villavicencio, an architecture student at Central University, said he's watching closely and weighing whether to answer Guaidó's call to return to the streets. He too wants to see a broader plan than holding protests, which draw out armed government security forces who often fire on unarmed citizens with shotguns and tear gas.

Villavicencio said he was impressed by Trump's comments during the State of the Union calling the opposition leader Venezuela's true president and asking him to send the message to Venezuelans that the U.S. supports their struggle against Maduro.

“We’ll see now what he’s going to do to capitalize on that support,” Villavicencio said of Guaidó. “How’s he going to handle it now that he’s in charge.”