Nissan's fugitive ex-boss Carlos Ghosn made his first public appearance Wednesday since being smuggled out of Japan last week, saying he fled a “nightmare” that would not end and vowed to defend his name wherever he can get a fair trial.

Ghosn spoke to a room packed with journalists for more than two hours in the Lebanese capital, where he arrived after jumping $14 million bail despite supposedly rigorous surveillance — a bold and improbable escape that embarrassed Japanese authorities and has allowed him to evade trial on charges of financial misconduct.

Combative, spirited, and at times rambling, he described conditions of detention in Japan that made him feel “dead ... like an animal” in a country where he asserted he had “zero chance” of a fair trial.

“For the first time since this nightmare began, I can defend myself, speak freely and answer your questions,” Ghosn said. “I didn't run from justice, I left Japan because I wanted justice."

Japan's justice minister was quick to defend the criminal justice system against his criticism. Masako Mori told reporters Thursday morning in Tokyo that Ghosn's comments were unfounded and she wanted to prevent his spreading an “erroneous” understanding abroad.

With big gestures and a five-part slide presentation, Ghosn brought his case to the global media in a performance that at times resembled a corporate presentation. His one thought before fleeing, he said: “You are going to die in Japan or you are going to get out.”

But he made clear the question most on the minds of the gathered reporters would remain unanswered: An account of the daring international escape that saw him spirited him from Japan to Turkey and from there to Beirut.

Media reports have said that he slipped out of his Tokyo residence alone, despite being under 24-hour surveillance. He met two men at a hotel, and then took a bullet train to Osaka before boarding a private jet hidden inside a musical equipment case. He flew to Istanbul and was then transferred onto another plane bound for Beirut, where he arrived Dec. 30.

Ghosn said he knew the escape attempt would be "disastrous" if it didn't work. But “there was a little chance I succeed. I played it, and I'm very happy for making that choice,” he told French TF1 TV.

He described the decision to escape as “the most difficult in his life,” even though he said he was used to “mission impossible.”

He said he made up his mind when —aside from denying him evidence, visits from his wife and holding him in solitary confinement for over 130 days— the judges kept postponing his trial. It was set to begin in April, but he was told it would be postponed again. 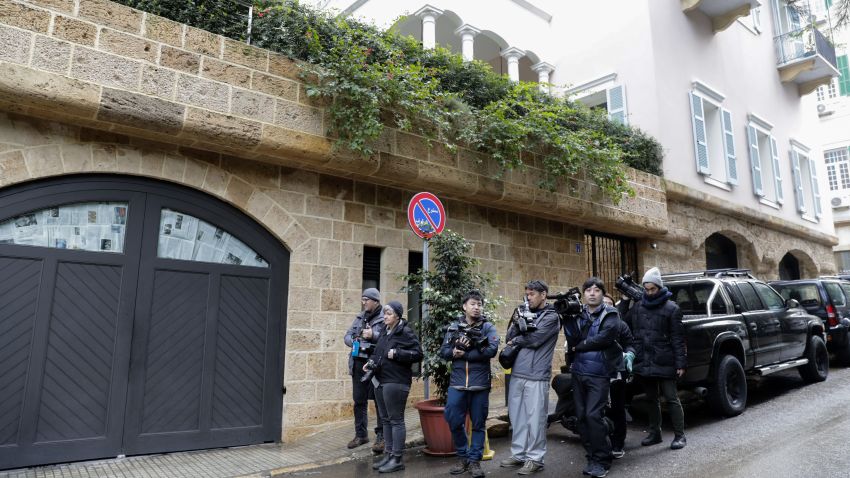 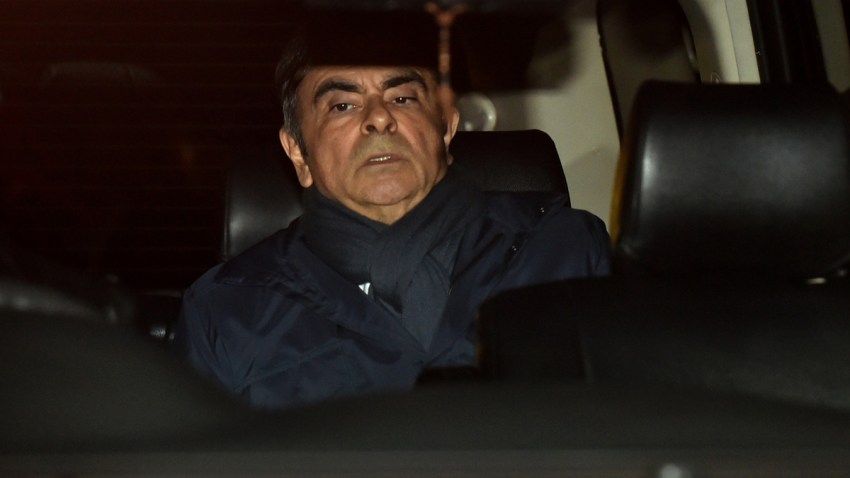 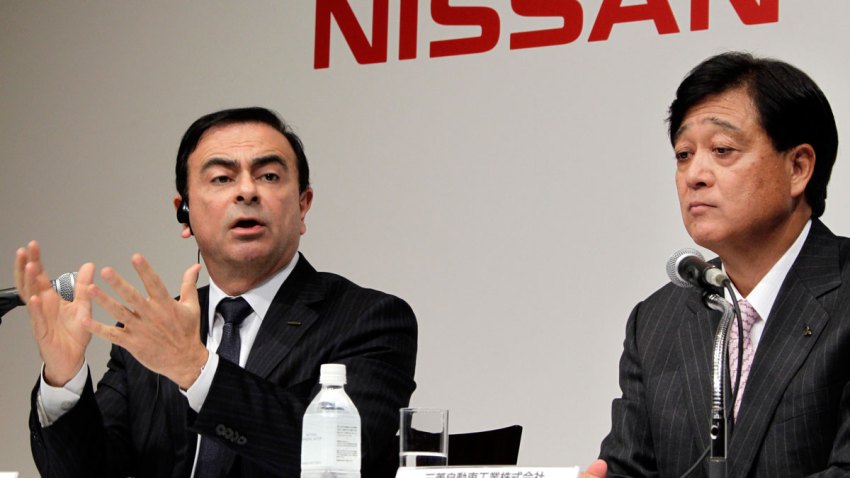 Ghosn portrayed his arrest in late 2018 as a plot linked to a decline in the financial performance of Nissan Motor Co. as the Japanese automaker resisted losing autonomy to French partner Renault. Ghosn had been in favor of an alliance between Nissan and industry ally Renault, of which he was also chairman. He denied Wednesday he was seeking a full merger.

Ghosn also attacked Japanese prosecutors, saying they were “aided and abated by petty, vindictive and lawless individuals” in the government, Nissan and its law firm. He said it was them, not him, “who are destroying Japan’s reputation on the global stage.”

He went on to dismiss all allegations of financial wrongdoing against him as “untrue and baseless.”

“I should never have been arrested in the first place,” he said. “I’m not above the law and I welcome the opportunity for the truth to come out and have my name cleared.”

In a swift reply, the Tokyo public prosecutor's office said: “Defendant Ghosn's allegations that the prosecution was conspired by Nissan and Public Prosecutors Office is categorically false and completely contrary to fact.”

Ghosn, who holds Lebanese, French and Brazilian citizenship, said he would be ready to stand trial “anywhere where I think I can have a fair trial.” He declined to say where that might be.

He thanked the Lebanese authorities for their hospitality and defended its judicial system, which has long faced accusations of corruption and favoritism.

The French government initially appeared to stand by Ghosn — as did Renault when it kept him on before finally choosing a replacement in January 2019. But in recent days French officials have hardened their stance, calling Ghosn a “defendant like any other" and saying he should face justice in a court of law.

Ghosn said Wednesday he didn’t need anything from France and when asked if he felt abandoned by it, he responded: “How would you feel if you were in my place?”

There was no reaction from the French government or Renault to Ghosn’s remarks.

However, union members at Renault, which has seen its market value tumble over the past year, said Ghosn “did not produce any factual, verifiable evidence for his defense.”

Fielding reporters' questions as he switched from English to French to Arabic to Portuguese, Ghosn appeared at times bitter and at others relaxed as he joked with the roomful of journalists and some friends.

Lebanon and Japan do not have an extradition treaty, and the Interpol notice does not require Lebanon to arrest him. Lebanese authorities have said Ghosn entered the country on a legal passport, casting doubt on the possibility they would hand him over to Japan.

At the request of the Japanese government, Interpol published the notice on its website Wednesday as Ghosn was giving his news conference.

Signaling that Ghosn's legal troubles may not be done, Lebanon's chief prosecutor summoned the ex-auto executive to his office Thursday over the Interpol notice. Separately, he faces possible legal action over a visit to Israel in 2008 after two Lebanese lawyers submitted a report to the Public Prosecutor’s Office saying the trip violated Lebanese law. The two neighboring countries are technically in a state of war.

At Wednesday's news conference, Ghosn apologized to the Lebanese, saying he never wished to offend anyone when he traveled to Israel as a French national after Nissan asked him to announce the launch of electric cars there.

On Tuesday, Tokyo prosecutors obtained an arrest warrant for Ghosn's Lebanese wife Carole on suspicion of perjury, a charge unrelated to his escape. However, Japanese justice officials acknowledge that it’s unclear whether the Ghosns can be brought back to Japan to face charges.

Nissan has said it was still pursuing legal action against Ghosn despite his escape. And in France, Renault alerted French authorities after an investigation found that Ghosn personally benefited from “an exchange worth 50,000 euros" related to a philanthropic accord signed with the Palace of Versailles. Prosecutors are investigating but Ghosn is not charged with any wrongdoing in France.

Earlier in the day, Tokyo prosecutors raided a Japanese lawyer's office Ghosn had visited regularly before he fled. Japanese media reports said prosecutors investigating his escape and who might have helped him had likely seized a computer Ghosn was allowed to use there.

Of the trajectory that brought him from house arrest in Tokyo to a reunion with his family in Beirut, the fallen auto industry executive told reporters Wednesday: “The nightmare started with when I saw the face of the prosecutor and ended with the face of my wife.”