"It looked like she was eating cotton candy instead of a sirloin," said the restaurant's impressed owner.

Molly Schuyler's eyes were just as big as her stomach.

Sayler's Old Country Kitchen in Portland, Ore. holds a steak-eating challenge regularly and has totaled over 2,000 attempts to complete it. Owner Bryan Sayler figured Schuyler would finish within the one-hour time limit but never imagined she would eat a steak that big in her official time of 2 minutes, 48 seconds. 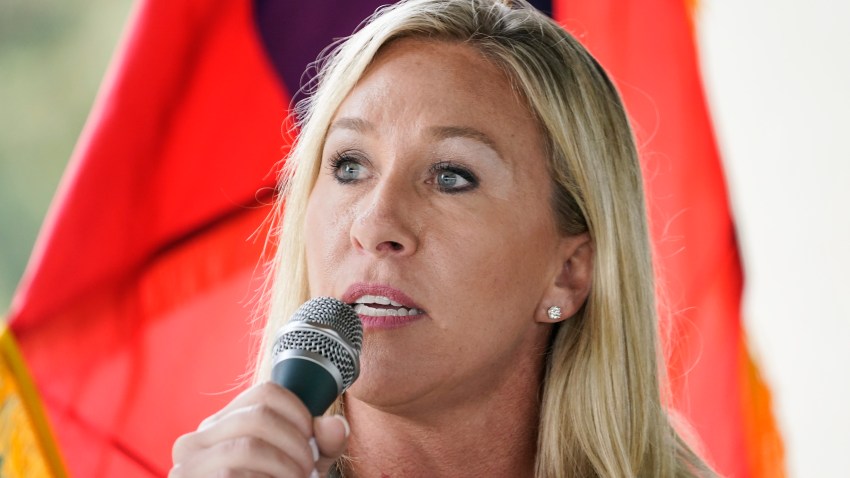 "She just devoured it," he said, noting that she is a member of the Big Eaters Club and is no stranger to big portions. "It looked like she was eating cotton candy instead of a sirloin," he said.

Schuyler, a mother of four from Bellevue, Neb., started eating competitively in 2012 and quickly became rookie of the year. Among her eating accomplishments: Scarfing eight beef patties in one minute, 46 seconds and devouring nine pounds of fried mushrooms in eight minutes.

"(It's) an unexplained phenomenon; I was just born that way," she told Portland's Fox affiliate KPTV. "I started doing this about a year ago, and I guess it's like a stupid human trick."

With about 50 spectators, she strategically waited until the steak cooled down so she could eat it with her hands.

"Most people use a knife and fork and barely get through it," said Sayler. "It was disturbing," he added.

The Guinness World Record for eating a 72-oz. steak is six minutes, 48 seconds.

According to Sayler's Old Country Kitchen's website, whoever manages to finish the steal meal — which includes 10 French fries or a baked potato, as well as two celery sticks, two dill pickles, a slice of bread and a salad — gets it for free.

Schuyler finished her sides at a leisurely pace after consuming her steak.

As for how she felt later, according to Sayler? "I'm fine," she said.