Coronavirus-related limits on access to Bourbon Street, shuttered bars and frigid weather all prevented what New Orleans usually craves at the end of Mardi Gras season — streets and businesses jam-packed with revelers.

Parades and parties on Fat Tuesday and the days leading up to the annual pre-Lenten bash usually draw more than a million people to the streets.

But traffic was light on St. Charles Ave., ordinarily blocked off as a parade route. The median that usually is a sea of picnickers and parade watchers was empty but for an occasional bundled-up jogger. 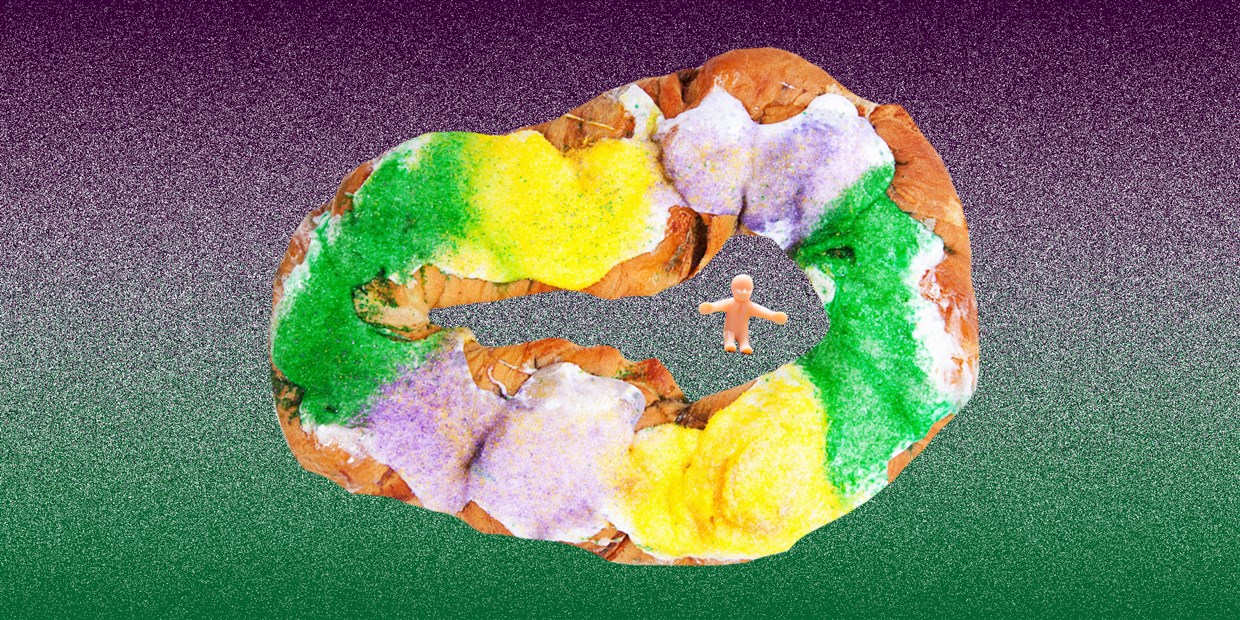 What is King Cake? The Story Behind the Famous Mardi Gras Dessert

Downtown Canal Street also was all but empty. The French Quarter's Bourbon Street, where Mardi Gras crowds are usually the most crowded and rowdy, was blocked off by police barricades at the end of each block.

Bars were closed. Police were told that only people who lived or worked in the area or were staying in hotel could go on Bourbon Street.

Michael Bill was getting a fast-food breakfast from a takeout window just off Canal Street at the edge of the French Quarter. He surveyed the empty street.

“The cold doesn’t bother anyone. It’s the COVID,” Bill said. He said he has been a ghost tour guide for 10 years but was furloughed because of business slowed by the coronavirus pandemic.

He didn't blame New Orleans Mayor LaToya Cantrell for the restrictions that canceled parades and have shuttered many businesses.

“The mayor’s doing the best she can,” Bill said.

Cantrell recently ordered bars closed. Even bars that had been allowed to operate as restaurants with “conditional” food permits were shuttered for five days that began Friday. Take-out drinks in “go-cups” also are forbidden — no more strolling the French Quarter with a drink in hand.

Various estimates showed hotels were likely to be anywhere from one-third to more than half full — far below the 90%-plus bookings of most years. And city and state officials all but warned tourists away.

“If people think they’re going to come to Louisiana, anywhere, or New Orleans and engage in the kind of activities they would have pre-pandemic then they are mistaken and quite frankly they are not welcome here to do that,” Gov. John Bel Edwards said at a recent news conference.

Some locals are making the best of it, decking their houses like parade floats. A giant carton of popcorn, huge lollipops and a Paul Bunyan-sized ice cream cone are among the decorations on one two-story “house float” aptly titled “Snacking in Place.” Meanwhile, motorists can drive by an array of idled floats at New Orleans' City Park.

The scene was a stark contrast to Mardi Gras crowds last year that were later blamed for an early Louisiana outbreak of COVID-19.

Parades also were canceled this year in Mobile, Alabama, which boasts the nation's oldest Mardi Gras celebrations. There was no plan to close bars there, but some streets were to be shut down Tuesday to control traffic and allow for more outdoor seating and service at restaurants and bars.