"The unfortunate thing is that we have all the adults accounted for," Logan police Capt. Tyson Budge told NBC affiliate KSL in Salt Lake City Saturday

The search continued Sunday morning for a 5-year-old girl in Utah who was reported missing Saturday, and police have identified her uncle as the "main suspect" in her disappearance, NBC News reports.

Family members told police Elizabeth Shelley, of Logan, was last seen at 2 a.m. on Saturday when her mother went to bed. When she woke up at about 9:30 a.m., Elizabeth was gone, as was her uncle, Alex Whipple, 21, who had visited the house Friday night, the Logan Police Department said. Logan is about 80 miles north of Salt Lake City.

Whipple, who police have said is the main suspect, was later found walking around the northern Utah city alone and was arrested Saturday. Police said he continued to be uncooperative and was booked into the Cache County Jail on a probation violation. 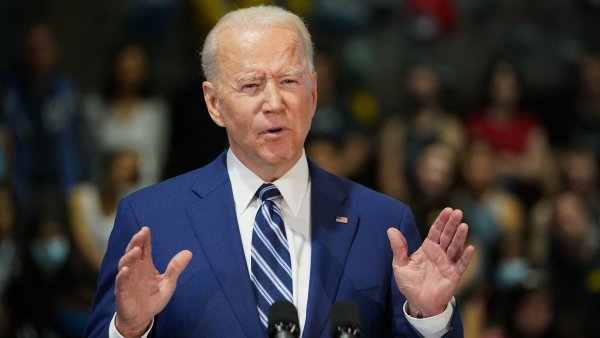 Biden and Congress Face a Summer Grind to Create Legislation

Authorities on Sunday said they could not release more information on Elizabeth's disappearance citing an ongoing investigation. Elizabeth is 3 feet 6 inches with shoulder-length curly brown hair and has choppy bangs and brown eyes.