Kim Kardashian's new video game is set to rake in a ton of cash.

The 33-year-old "Keeping Up With the Kardashians" star recently launched her very first iOS game called "Kim Kardashian: Hollywood" and Bloomberg News is already predicting that the game will earn a whopping $200 million. So what does Kim have to say about the video game's success?

"This project has been an amazing experience," Kim tells E! News exclusively. "I'm so excited that people are enjoying the game! I partnered last year with a fantastic company called Glu Mobile to create what is now the No. 3 Free and No. 5 grossing game on the Apple App Store. We collaborated on every aspect of the game's design details and continue to do so with the updates we are bringing out." 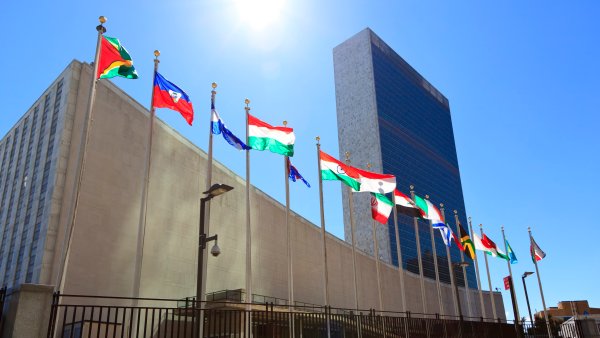 World Leaders Return to UN and Face Many Escalating Crises

"I love that fans are constantly telling me on social media their favorite parts of the game and even offering suggestions," Kanye West's other half added. "We're working really hard to integrate fan feedback and we've already added one of my favorite vacation spots to the game! There's so much more to come, including plenty of cute new looks and exotic locations."

While the game is free to download, users can pay while playing to become more famous. Since launching on Jun. 25, shares of the game's creator Glu Mobile Inc. have gone up 42 percent.