Two major airlines in the United States have announced that they will waive change and cancellation fees for all newly booked flights as people grow more worried over the new respiratory virus sweeping the globe.

Although JetBlue was the first airline to announce the fee waivers Wednesday, but Alaska Airlines followed suit with a similar announcement Thursday night.

The New York-based JetBlue doesn't offer flights to Asia, but said in a news release that given the "evolving coronavirus concerns" it would drop cancellation and rebooking fees for JetBlue flights or JetBlue Vacations booked between Feb. 27 and March 11, 2020, for travel through June 1, 2020.

"While authorities have not issued any travel restrictions to the locations we fly, we want to give our customers some peace of mind that we are ready to support them should the situation change," said Jetblue President Joanna Geraghty. "We are committed to the health and safety of both our crewmembers and customers, and we are working directly with health and security officials as well as industry leaders for updates and best practices."

Jetblue customers who book trips in the next two weeks will receive a full travel credit should they need to cancel their trip, and customers who wish to change their plans can apply the full amount from their original booking to a different itinerary, although fare differences may apply.

Alaska Airlines said people who wanted to cancel or change flights booked between Feb. 27 and March 12, 2020, can receive a full travel credit that can be used up until a year from when it was first issued.

"We understand that information about the coronavirus is creating confusion and anxiety for some," Andrew Harrison, Alaska Airlines' executive vice president and chief commercial officer, said. "Our first goal is to keep our guests safe, and offer peace of mind when it comes to flying with us."

The policy applies to all Alaska Airlines' fares, including the Saver Fare.

Many U.S. airlines have allowed customers to change flights bound for Asia and other regions affected by the outbreak, but JetBlue and Alaska are the only airliners to do this for all routes.

Fear about the virus is hitting the travel industry hard. United said this week that demand for service to China had disappeared, and that March bookings for flights elsewhere in the Asia-Pacific region had plummeted 75% since the outbreak. Booking Holdings Inc., the parent of travel search and booking sites including Kayak and Priceline, said the virus had "a significant and negative impact across our business" in the first quarter.

"It is not possible to predict where, and to what degree, outbreaks of the coronavirus will disrupt travel patterns," the company said.

Delta, United Airlines and American Airlines have suspended all flights to and from mainland China and Hong Kong. 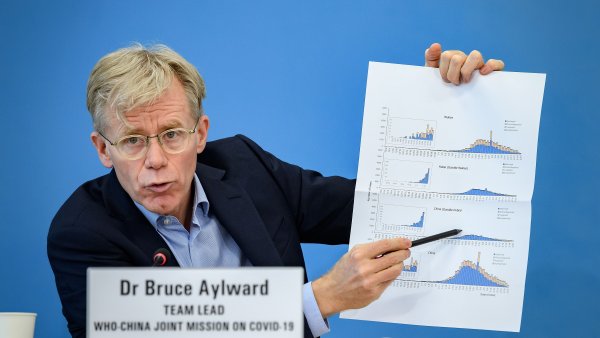 How Deadly Is New Coronavirus? It's Still Too Early to Tell

In light of a growing number of cases in Italy, both Delta and American Airlines have also waived the fee for changing flights to a handful of the country's airports. United Airlines is allowing ticket-holders who were flying to northern Italy to rebook without a fee. Italy had more than 600 coronavirus cases as of Thursday night.

Atlanta-based Delta is also reducing flights to South Korea while Hawaiian Airlines will suspend them entirely.

The announcement from JetBlue came the same day health officials announced a new coronavirus case in California that could be the first in the U.S. to not have a known connection to travel abroad or another known case.

The newest case from California brings the total number infected in the U.S. to 60, most of them evacuated from outbreak zones.

More than 81,000 cases of COVID-19, an illness characterized by fever and coughing and in serious cases shortness of breath or pneumonia, have occurred in more than three dozen countries, with the vast majority in mainland China.

Health officials think it spreads mainly from droplets when an infected person coughs or sneezes, similar to how the flu spreads.

Officials are advising people to take steps to avoid infection with coronavirus or other respiratory infections like colds or the flu, including washing hands with soap and water and avoiding close contact with people who are sick.

At a White House news conference Wednesday, President Donald Trump credited border restrictions that have blocked people coming into the U.S. from China for keeping infections low. But now countries around the world — from South Korea and Japan to Italy and Iran — are experiencing growing numbers of cases. Asked if it was time to either lift the China restrictions or take steps for travelers from elsewhere, he said: "At a right time we may do that. Right now it's not the time."