Brian Laundrie, the FBI's prime person of interest in Gabby Petito's disappearance and her fiancé at the time she vanished, has himself been missing for more than a month now

The Wyoming county coroner who ruled Gabby Petito's death a homicide said Tuesday the 22-year-old woman from Long Island was strangled and likely died three to four weeks before her body was found in mid-September.

Dr. Brent Blue of the Teton County coroner's office said DNA was recovered from Petito's body but he didn't say whether it belonged to her or someone else. He described her remains as having been "out in the wilderness" for a number of weeks but referred questions on whether the body was buried to the FBI, which had no immediate comment on the latest developments in the case Tuesday afternoon.

The strangulation determination was made last week, on Oct. 5, Blue said, but said the announcement was held for a week because they were "waiting for a final review by the FBI and U.S. Attorney as well as notification of the family."

The coroner also said that the autopsy was exhaustive, included a whole-body CAT scan, examinations from a forensic pathologist and a forensic anthropologist, as well as a toxicology evaluation.

Blue declined to release additional details on the autopsy, citing state protocol, but the findings he did share are of critical importance to investigators and could alter the approach of a potential criminal case as the FBI continues to hunt her former fiancé Brian Laundrie, who has been missing for more than four weeks.

Petito's body was found on Sept. 19 near Grand Teton National Park, which she and Laundrie visited. The timeframe around which Blue believes she died puts her death near Aug. 27, which is about the date officials say her cellphone was turned off. The last time her mother had spoken with her was two days prior to that.

The Jackson County (Wyoming) coroner announces the results of the autopsy of Gabby Petito's body.

It took only a few days for the coroner's office to confirm the remains found belonged to Petito and to determine that she had been killed by another person, but the precise cause of death required a few weeks of additional forensic study.

"We were very exact in our examination and the detail by which the examination was done," Blue said by way of explanation for the length of time it took to share the brief details he released Tuesday. "We were waiting for various specialists to come in and help with the investigation, waiting on toxicology to be returned, and it was just a matter of making sure we had everything right."

Petito's mother and stepfather, who sources said were made aware of the autopsy results, visited the Long Island memorial to their daughter in Blue Point, but did not speak to reporters.

Thus far, the FBI has only named Laundrie a person of interest, and their only person of interest, in Petito's disappearance. No persons of interest have been named in connection with her death. Laundrie, 23, vanished more than four weeks ago after allegedly telling his parents he was going for a hike in a Florida preserve.

His disappearance came about five days before Petito's body was discovered and about three or four days -- his parents have changed their timeline amid ongoing questions by investigators -- after Petito's mother reported her missing on Sept. 11.

Where Is Brian Laundrie?

More on the Gabby Petito case that has captivated the nation 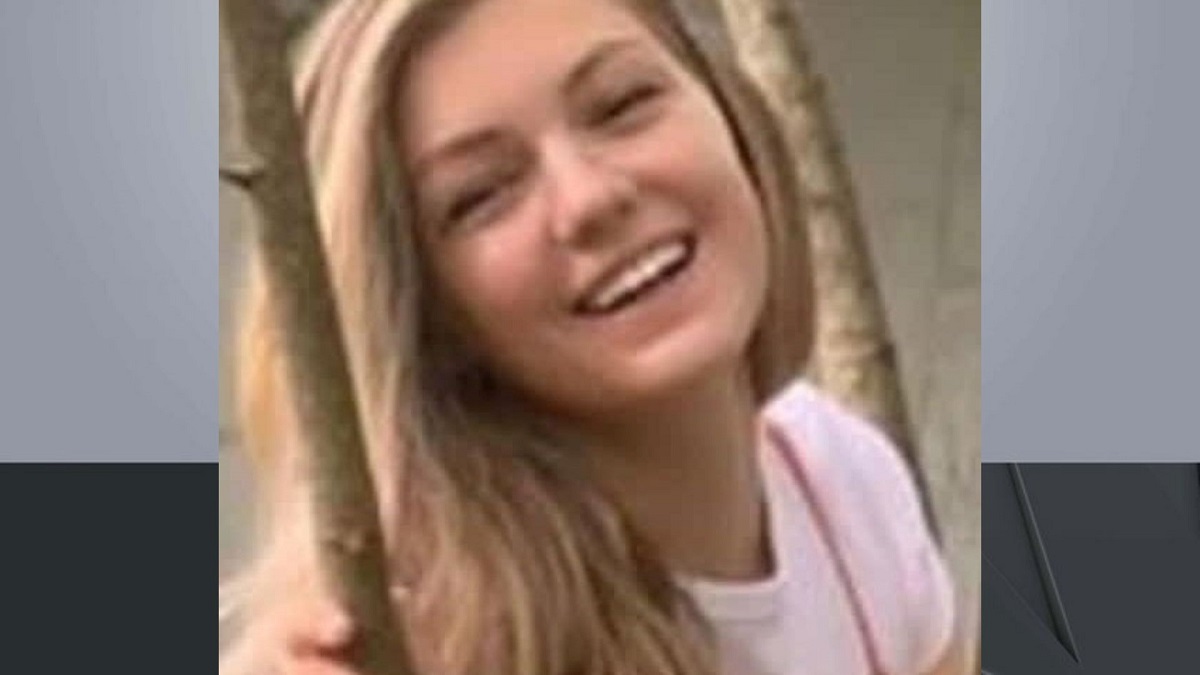 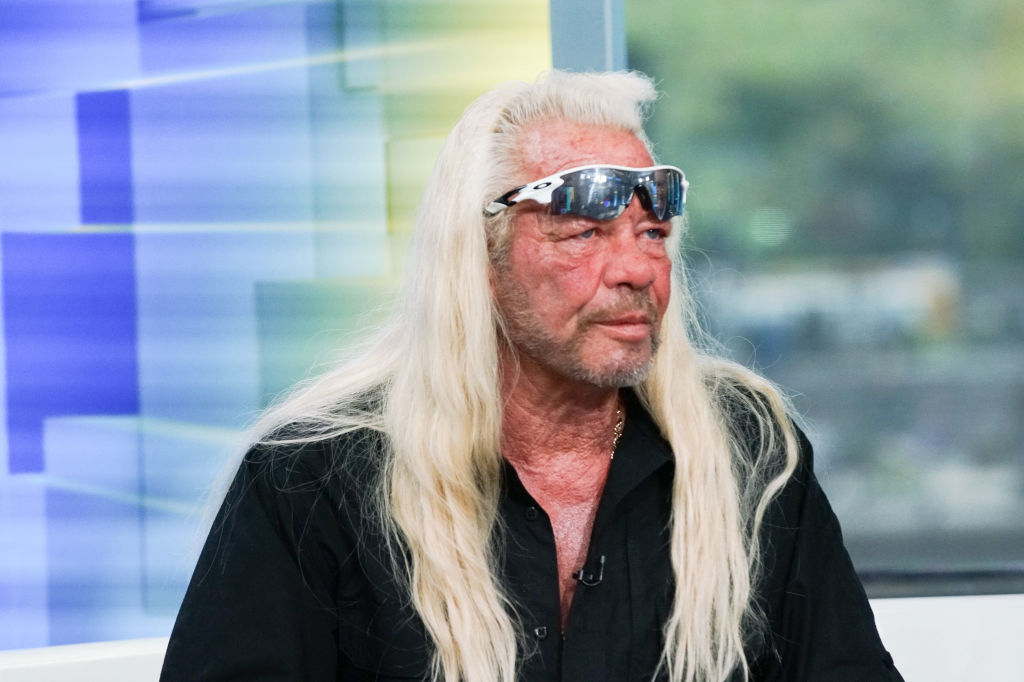 Lawyer Steve Bertolino said Chris Laundrie assisted law enforcement in their search of the 25,000-acre Carlton Reserve, which has been the focal point of the national manhunt since his son disappeared in mid-September. Nothing was found.

Nothing was found then, which has been the case despite scores of law enforcement hours spent scouring the Reserve's unforgivable terrain the last few weeks. Calls reporting possible Laundrie sightings have flooded law enforcement officers in a number of states -- from Montana to Alabama to most recently North Carolina -- in the meantime. Investigators say they're checking out every tip.

None have panned out so far.

Amid the national manhunt -- and allegations by Petito's family that Laundrie's family was less than forthcoming as they pleaded for help locating their daughter once they learned she was missing -- some have speculated that Chris and Roberta Laundrie had some role in helping their son evade law enforcement.

That is a rumor that the Laundrie family has repeatedly called "just wrong," according to statements from Bertolino.

Through Bertolino, Laundrie's parents have called any speculation from those not officially involved in the investigation — like Duane "Dog the Bounty Hunter" Chapman, internet sleuths or a retired U.S. Marshal who told NBC New York why he thought Laundrie was still alive — "just guessing."

Reached ahead of the coroner's announcement Tuesday, the Petito family said they would not be making any statements on the autopsy results afterward.

On Laundrie, they have said they believe he is still alive -- and they're holding out hope that's how he will eventually be found.

In a slate of media interviews last week, she explained that she didn't report her daughter missing until Sept. 11 because that was when she learned the white van the couple had been traveling in returned to Florida with Laundrie alone.

Nichole Schmidt says she had been trying to reach Laundrie's parents for weeks to no avail. It took eight days for investigators to find Petito's remains after that missing person report was filed.

Laundrie does have an outstanding federal arrest warrant out for him. It charges him with a single count of unauthorized debit card usage but also allows law enforcement to hold him for a period of time if they can find him.

His family's attorney released a statement after the autopsy update Tuesday saying, "Gabby Petito’s death at such a young age is a tragedy. While Brian Laundrie is currently charged with the unauthorized use of a debit card belonging to Gabby, Brian is only considered a person of interest in relation to Gabby Petito’s demise."

"At this time Brian is still missing and when he is located we will address the pending fraud charge against him," Bertolino's statement continued.

In response to the statement, Nichole Schmidt texted a reporter saying "his words are garbage."

The FBI continues to solicit tips by phone and online regarding the potential whereabouts of Laundrie or any other details on the couple.

It has been 16 days since Gabby Petito's fiancé, Brian Laundrie, allegedly told his parents he was going for a hike in a sprawling Florida nature preserve. It's set of a massive manhunt - but one seasoned US Marshal says he doesn't think Laundrie was ever there. This week on The Debrief, retired U.S. Marshal Craig Caine gives his take.
Copyright NBC New York