“It was very overwhelming and at the end, I was happy because I did a good deed for somebody that was looking for something valuable,”

A New Jersey woman is beyond grateful to a group of garbagemen who found her lost wedding and engagement rings in a local landfill after digging in the massive pile of trash for more than an hour.

Ruth Watson-Utley of Vineland was in a panic Friday morning when she realized her rings had been put in the trash and hauled away.

“I mean, you can’t replace it,” Watson-Utley said. 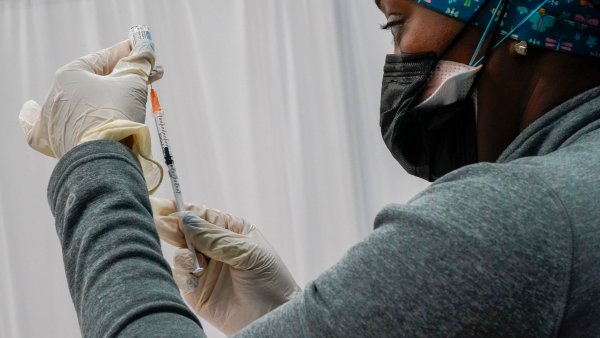 Watson-Utley told NBC10 her 10-year-old son accidentally threw away her wallet containing the rings. The wallet, at the time, was inside a grocery bag with some other belongings.

“I was like, ‘Alright. We got to go to the dump. Dump it,’” Jovani Quiles, a member of the Atlantic County Utilities Authority, told NBC10.

For an hour and a half, Quiles, Ramon Nazario, Paul Deola and Alfredo Perez dug through about ten tons of trash at a New Jersey landfill. Finally, they found Watson-Utley’s precious rings.

“It was very overwhelming and at the end, I was happy because I did a good deed for somebody that was looking for something valuable,” Quiles said.

The crew told NBC10 if Watson-Utley hadn’t notified them so quickly, the outcome could have been different.

Watson-Utley said she tried to tip the group multiple times but they wouldn’t take the money.

“If it was one of our wives, I would want somebody else to help as well,” Quiles said.

Watson-Utley told NBC10 she now has a new level of respect for garbage collectors after the group went above and beyond to find her diamonds in the rough.