Amid concerns about the variant, parts of Europe have reinstated travel quarantines

The latest alarming coronavirus variant is exploiting low global vaccination rates and a rush to ease pandemic restrictions, adding new urgency to the drive to get more shots in arms and slow its supercharged spread.

The vaccines most used in Western countries still appear to offer strong protection against the highly contagious delta variant, first identified in India and now spreading in more than 90 other countries.

But the World Health Organization warned this week that the trifecta of easier-to-spread strains, insufficiently immunized populations and a drop in mask use and other public health measures before the virus is better contained will “delay the end of the pandemic.”

The delta variant is positioned to take full advantage of those weaknesses.

“Any suffering or death from COVID-19 is tragic. With vaccines available across the country, the suffering and loss we are now seeing is nearly entirely avoidable," Dr. Rochelle Walensky, director of the Centers for Disease Control and Prevention, said Thursday in urging more Americans to roll up their sleeves ahead of the mutant's spread.

The World Health Organization says the Delta variant is so contagious that even vaccinated people ought to wear masks, so the variant doesn't spread to unvaccinated people. NBC News medical correspondent Dr. John Torres talks about the variant and whether the U.S. would need to reinstitute mask mandates in the face of it.

Amid concerns about the variant, parts of Europe have reinstated travel quarantines, several Australian cities are in outbreak-sparked lockdowns — and just as Japan readies for the Olympics, some visiting athletes are infected. The mutation is causing worry even in countries with relatively successful immunization campaigns that nonetheless haven't reached enough people to snuff out the virus.

For instance, the mutant has forced Britain, where nearly half the population is fully vaccinated, to postpone for a month its long-anticipated lifting of COVID-19 restrictions, as cases are doubling about every nine days.

In the U.S., “we’re still vulnerable for these flare-ups and rebounds,” said Dr. Hilary Babcock of Washington University at St. Louis.

The variants “are able to find any gaps in our protection,” she said, pointing to how hospital beds and intensive care units in Missouri’s least-vaccinated southwestern counties suddenly are filling — mostly with adults under 40 who never got the shots. 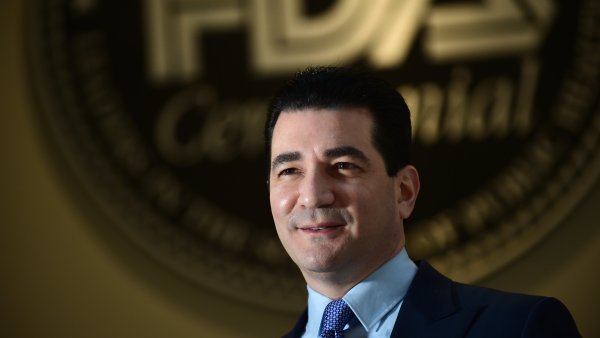 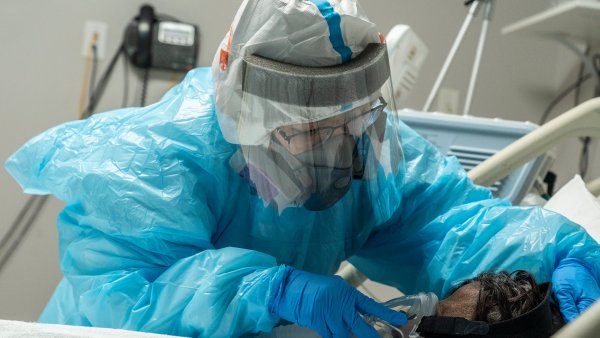 New Covid Wave Could Be Imminent as Delta Variant Sweeps Europe, WHO Says

With nearly half the U.S. population immunized, CDC's Walensky said about 1,000 counties, mostly in the Midwest and Southeast, with vaccination rates below 30% “are our most vulnerable.”

But the variant poses the most danger in countries where vaccinations are sparse. Africa is seeing cases rise faster than ever before, partially driven by the mutation, the WHO said Thursday, while areas in Bangladesh that border India are also seeing a variant-fueled surge. Fiji, which got through the first year of the pandemic without just two virus deaths, is now experiencing a significant outbreak blamed on the strain, and Afghanistan is desperately seeking oxygen supplies because of it.

The delta variant remains far from the only version of the coronavirus that’s spreading — and you don’t want to catch any kind. Here’s what scientists know so far:

Scientists believe the delta variant is about 50% more transmissible than other types. Researchers are just beginning to tease apart why. But there are early clues that some mutations may ease a key step in how the virus slips inside human cells, said Priyamvada Acharya, a structural biologist at the Duke Human Vaccine Institute.

Still, it’s not clear if higher contagion is the whole reason the variant is spreading so quickly. In Britain, its rise followed a loosening of restrictions in May, when restaurants, gyms and other businesses reopened, and thousands of fans have attended sports events.

Is the delta variant more dangerous?

It’s harder to tell if the delta variant makes people sicker. British experts have said there are some preliminary signs it may increase hospitalization, but there’s no evidence it is more lethal.

It fueled a devastating COVID-19 surge in India in February, and “this time around we had a lot more people who were very sick compared to before,” said Dr. Jacob John of Christian Medical College at Vellore. But he cautioned that the “explosion” of cases didn’t necessarily mean this version was more dangerous, as more cases usually mean more hospitalizations.

In Israel, Pfizer officials say its coronavirus vaccine is highly effective against the dangerous Delta variant.

Do vaccines protect against the delta variant?

British researchers found two doses of either the Pfizer-BioNTech vaccine or the AstraZeneca one were only slightly less effective at blocking symptomatic illness from the delta variant than from earlier mutations — and importantly, remain hugely protective at preventing hospitalization.

But there’s an important catch: Just one dose proved far less effective against the delta variant than against earlier versions of the virus. That has prompted Britain, which originally extended the gap between doses, to speed up second shots.

There’s little information on whether the delta variant can escape other vaccines, such as ones developed in China or Russia.

Experts say the Moderna vaccine, the same type as Pfizer’s, should be similarly protective.

Johnson & Johnson announced late Thursday that its one-dose shot also protects against the delta variant, citing lab tests of vaccine recipients' blood. In a news release, the company said the immune response lasts eight months and counting. The information comes as some people immunized with J&J's single shot have wondered whether they'd need a booster against the new mutated virus.

9-year-old Daemo Gregorie-Cradick is one of the 250 kids ages 5 to 11 who are participating in a trial of the Pfizer coronavirus vaccine at the Children’s Hospital Colorado. If the trial is successful, experts say vaccines for kids under 12 could be just months away.

The WHO has urged governments not to lift pandemic restrictions too quickly — including saying everyone, even the vaccinated, should continue to wear masks given that the delta variant spreads more easily and no vaccine is 100% effective.

In the U.S., the CDC maintains it still is safe for the fully vaccinated to go mask-free. But there's no way to know if maskless people really are vaccinated and local governments can set tighter guidelines. This week, with the delta variant spreading locally, health officials in Los Angeles County said they still recommend masks indoors in public places for everyone.

If that’s confusing, consider that the more the virus is spreading in a particular area, the more risk even the vaccinated have of getting a mild or asymptomatic infection they could spread to someone not protected — such as children too young to qualify for the shots.

In Missouri, fully vaccinated Babcock makes sure she has a mask to pop on quickly if she runs into a crowd: “I feel like my new normal is holding a mask in my hand, ready to put it on if I need it."

A new study from the University of Miami found that the Pfizer and Moderna coronavirus vaccines– the two mRNA vaccines that currently have emergency use authorization in the U.S.– do not contribute to male infertility.
Copyright AP - Associated Press