Decades of DOD Efforts Fail to Stamp Out Bias, Extremism

Commanders essentially have total discretion to determine how to address situations as they arise, which experts say has created non-uniform, scattershot enforcement

In February, with the images of the violent insurrection in Washington still fresh in the minds of Americans, newly confirmed Defense Secretary Lloyd Austin took the unprecedented step of signing a memo directing commanding officers across the military to institute a one-day stand-down to address extremism within the nation’s armed forces.

The stand-down came in response to the participation and the subsequent arrests of several veterans and at least one active duty service member, who along with thousands of supporters of former President Donald Trump on Jan. 6, stormed the U.S. Capitol in a melee that sent lawmakers scrambling for safety, left one person fatally shot by Capitol Police and caused millions of dollars in damages to the building largely seen as the symbol of American democracy.

Austin’s order, which also came as America as a whole was grappling with how to address systemic racism, was the latest in a series of decades-long efforts by the military to purge its ranks of extremists and white supremacists. Last week, in response to the order the military issued new rules to deal with extremism that included social media usage policy updates where “liking” and reposting white nationalist and extremist content could result in disciplinary action. The DOD also updated its screening of recruits and is looking at how to prepare troops who are retiring from being targeted by extremist organizations.

But an AP investigation found that despite the new rules, racism and extremism remain an ongoing concern in the military.

The investigation shows the new guidelines do not address ongoing disparities in military justice under the Uniform Code of Military Justice, the legal code that governs the U.S. armed forces. Numerous studies, including a report last year from the Government Accountability Office, show Black and Hispanic service members were disproportionately investigated and court-martialed. A recent Naval Postgraduate School study found that Black Marines were convicted and punished at courts-martial at a rate five times higher than other races across the Marine Corps.

The AP investigation also shows the military’s judicial system has no explicit category for hate crimes — something the federal government, 46 states, and the District of Columbia have on the books — making it difficult to quantify crimes motivated by prejudice.

“While it’s possible hate crimes have occurred, our investigations are not titled as such,” the NCIS said in an email. “For example, an assault on a person, regardless of the reason for the assault, would still be categorized as an assault…regardless of what motivated the crime.”

The new National Defense Authorization Act signed into law by President Biden on Monday directs the Secretary of Defense to make a recommendation to Congress within 180 days if a new statute is needed to address violent extremism, but does not address hate crimes or racial disparities in military law. 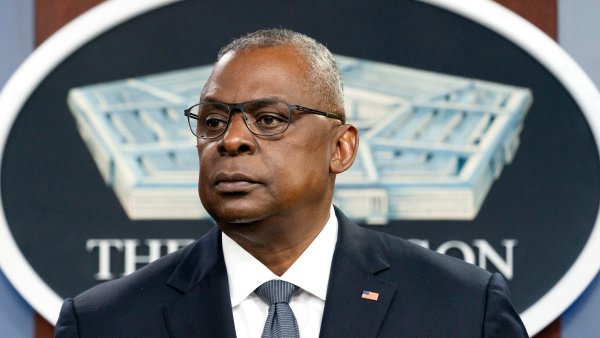 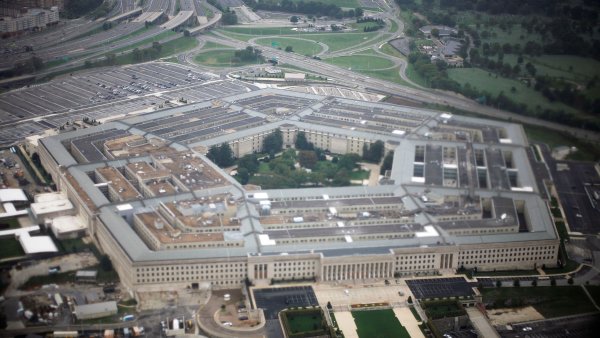 Why the Pentagon Failed Another Audit

The new Pentagon rules do not outright ban service members from being members of extremist organizations, such as the Ku Klux Klan, Oath Keepers, or other right-wing and white nationalist groups. The regulations, like the previous ones, only prohibit “active participation,” in such groups, a murky policy that civil rights organizations have raised concerns about for years. The military describes active participation as “publicly demonstrating or rallying, fundraising, recruiting and training members,” as well as organizing or leading organizations.

Experts interviewed by the AP say there’s also ongoing concern over the military commander’s ability to enact a wide range of administrative and disciplinary actions — including administrative separation or appropriate criminal action — against military personnel who engage in prohibited activities.

Commanders essentially have total discretion to determine how to address situations as they arise, which experts say has created non-uniform, scattershot enforcement, with some commanders establishing a no-tolerance approach and others employing weak enforcement of the rules.

The AP investigation also found that while the Department of Defense says it considers racism and extremism within the military to be a “security concern,” it does not have dedicated funding that specifically supports efforts to address extremism. Instead, military officials said the Pentagon uses personnel vetting programs, training and education programs, and the Insider Threat Program to “positively contribute to countering extremism within the force.”

The Pentagon did not respond to questions about how much money it has spent or budgeted for efforts solely related to diversity and inclusion, and how many employees are dedicated to it.

Pentagon Spokesperson Maj. César Santiago acknowledged in a statement to the AP that extremism and extremist ideology can have an outsized effect on the military force.

But he added: “The vast majority of the women and men in uniform serve their nation with honor and integrity.” He said since taking office in January, Secretary Llyod Austin, the first African American to serve as Secretary of Defense, has taken immediate action to address extremism. In addition to the new guidelines on extremism, the Defense Department appointed an interim deputy inspector general for diversity and inclusion and military insider threats in April.

Susan Corke, the director of the Southern Poverty Law Center’s Intelligence Project, commended the Defense Department for taking key steps this year, including the changes announced last week, to address extremism. She said the Defense Department sought the expertise of civil rights organizations, academics and others who have sounded the alarm about the dangers of extremism in the ranks for years.

But Corke said it’s too soon to definitively say whether the updated policies will purge extremism from military ranks.

“The devil will be in the details,” she said. “ I do appreciate that there is a commitment from the Defense Department to have much more consultation with outside partners and that there’s much more focus on doing additional research. So, we’re going to hold their feet to the fire.”

Corke said the SPLC is still pressing for additional reforms, including how the military’s command structure allows commanders to have virtually absolute command authority over subordinates, which might discourage members from reporting incidents or concerns of extremism.

Even some in the military agree that the armed forces need to do more. “There needs to be a change in action and behaviors — elements that can’t be so easily influenced by a change in military law," said Maj. Tyrone Collier, a judge advocate in the Marine Corps Reserve, in an interview with the AP.

“Even if some legislation is passed from the highest echelons of government that says you will do this and that, will it actually get done?” Collier said.

The Department of Homeland Security released an updated National Terrorism Advisory System Bulletin on Wednesday, warning that social and politically motivated domestic extremism is expected to carry over from 2021 into the new year.
Copyright AP - Associated Press