The Children’s Museum of Indianapolis faced criticism last week for offering what was labeled as a “Juneteenth watermelon salad” in their food court.

A photo of the packaged salad circulated across social media as the museum was inviting attendees on Facebook to its Juneteenth Jamboree on Saturday, June 18.  The museum eventually updated the post, which received hundreds of comments discussing the salad, directing individuals to a statement and apology shared on its website.

“As a museum, we apologize and acknowledge the negative impact that stereotypes have on communities of color,” the statement read. “The salad has been removed from the menu. We are currently reviewing how we may best convey these stories and traditions during this year’s Juneteenth celebration as well as making changes around how future food selections are made by our food service provider.”

The statement continued, adding, “Our food service provider uses the food and beverage menu to commemorate and raise awareness of holidays like Juneteenth. The team that made this selection included their staff members who based this choice of food on their own family traditions.”

“As we work to create a culture of empowerment and inclusivity, we know there will be stumbles along the way,” the museum said. “As a museum, we have put a significant effort behind sharing the critical and diverse stories of a wide range of individuals. We also have placed a strong emphasis on expanding DEAI initiatives throughout the museum.”

To conclude the statement, the museum said, “We resolve to do better, and continue bringing all voices forward in our work.”

TODAY reached out to the Children’s Museum of Indianapolis for comment but was directed to the public statement. A rep for the museum told TODAY they would not be making new statements at this time.

Juneteenth, which takes place on June 19 each year, honors the official end of slavery in the United States. The holiday marks the day when enslaved people in Galveston, Texas were informed they were free when federal troops arrived on June 19, 1865, two years after President Abraham Lincoln signed the Emancipation Proclamation.

One Facebook user left a comment on the post, sharing a photo of the salad that has been circulating around social media, saying that the salad was “perpetuating offensive stereotypes.” The museum replied to the comment, writing, “There should have been a label explaining the history and meaning behind this menu item and it should not have been on the shelf before that label was ready.”

“We understand how this appears with no context and we apologize,” the response continued. “We are pulling it from our food court immediately until the sign is ready to accompany it.”

The museum went on to explain the process and research that goes into the menus that are selected for “special events,” adding, “Watermelon, along with other red foods, are a staple of Juneteenth Celebrations, including our food court manager’s family Juneteenth celebrations.”

“Red is a color that evokes cultural memory of bloodshed by our enslaved ancestors through the transatlantic slave trade,” the label quoted. Whaley told TODAY Food she was not affiliated with the project and the quote used was actually from a story she'd written — but the quote was said by someone else.

"This was actually from an interview I did with culinary historian and author Adrian Miller. The quote is attributed to him in my article," she said. "I have never positioned myself as Black food historian or an expert on Juneteenth, which is why I interviewed Miller for this article."

She added that she did not give the museum permission to use any quotes from her and "would never given the circumstances." 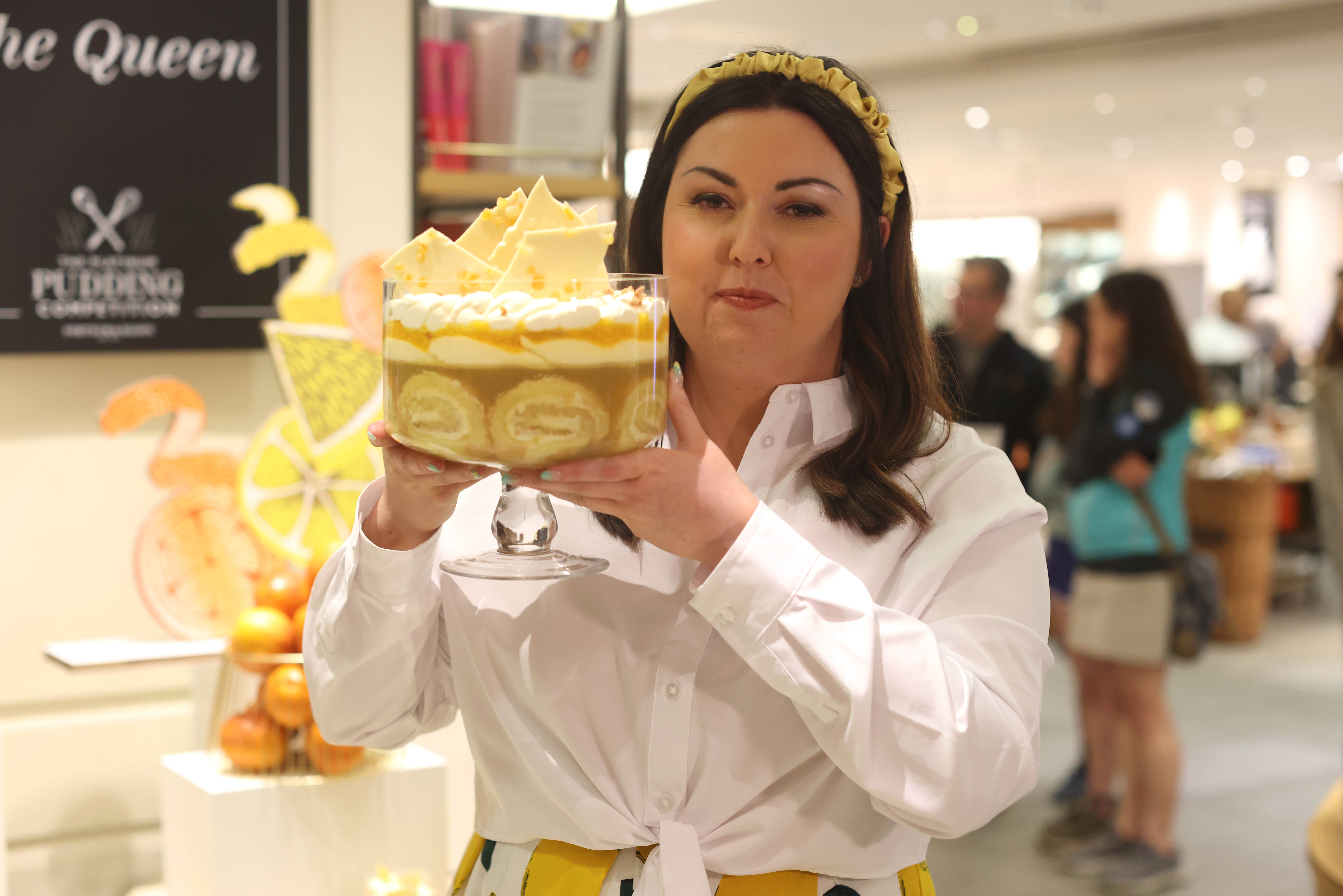 "The traditions have deep meaning and it is irresponsible for companies to commodify them and then seek to justify it through the use of a quote, that isn’t even correct, from my article after receiving backlash," she wrote in an email.

By Monday morning, it appeared the museum had removed the photo of the label with the incorrect quote from Whaley.

In the comments of the post, people lambasted the label and the museum's choice to sell the salad.

"So why couldn’t this be a Strawberry salad? Y’all knew EXACTLY what you were doing. When have you ever seen Black people post their watermelon salad?" asked Nia Marie. "I’m over 'allies' explaining their intent. At no point can you actually say NO ONE saw this as a possible bad idea before you did it."

“This is a children museum correct? What exactly are you teaching our children about our Juneteenth history exactly?” Erica Alyce wrote. “African Americans eat watermelon? Very very distasteful and disrespectful me and my children will not be (coming) to this museum we will go where we are celebrated the right way.”

Walmart recently faced its own criticism when customers accused the retailer of trying to commercialize the holiday by selling Juneteenth-themed ice cream among other merchandise, including clothing, utensils, and decorations.

“We are reviewing our assortment and will remove items as appropriate,” Walmart said in a statement to TODAY. “Juneteenth holiday marks a commemoration and celebration of freedom and independence. However, we received feedback that a few items caused concern for some of our customers and we sincerely apologize.”

Read the full story on TODAY.com. More from TODAY: