The firestorm over Don Jr.'s emails has been a frustrating distraction during a stretch in which some White House advisers believed they were finding their footing

A billionaire real estate mogul, his pop singer son and a music promoter. A property lawyer, Russia's prosecutor general and a Russian-American lobbyist.

These unlikely figures have come to the fore as revelations that Donald Trump's presidential campaign sought potentially damaging information in June 2016 from Russia about his opponent, Hillary Clinton.

Goldstone also mentioned that a Russian prosecutor offered to provide the information on Clinton to the campaign. Goldstone mentioned Russia's "crown prosecutor," but may have been referring to Russia's top justice official, Prosecutor General Yuri Chaika, the equivalent of the U.S. attorney general.

A look at some of those involved in the email exchange and the meeting at Trump Tower that followed:

Aras and Emin Agalarov
Real estate tycoon Aras Agalarov, 61, and his 37-year-old singer-songwriter son, who goes by the stage name Emin, both spent time with Trump in Russia after they bought the rights to hold the 2013 Miss Universe pageant in Moscow. The event, held at the elder Agalarov's Crocus City Mall, cost him $20 million, he told The Associated Press earlier this year. The son performed at the pageant and Trump went to his birthday party, which coincided with the contest's finale. The future president also appeared in a music video with Emin while in town.

The elder Agalarov told AP that Trump "was thinking of building" a Trump Tower in Moscow and that they proposed a site. "He was considering this, but it didn't come to signing any deals," Agalarov said. 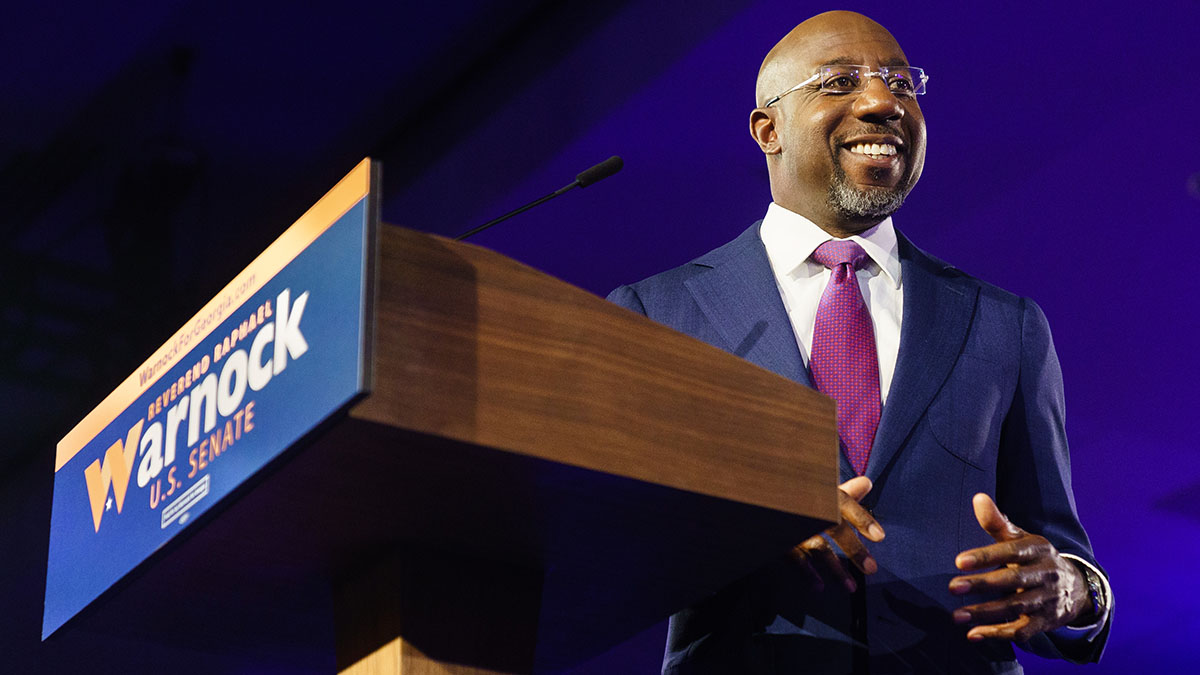 US Senate 2 mins ago 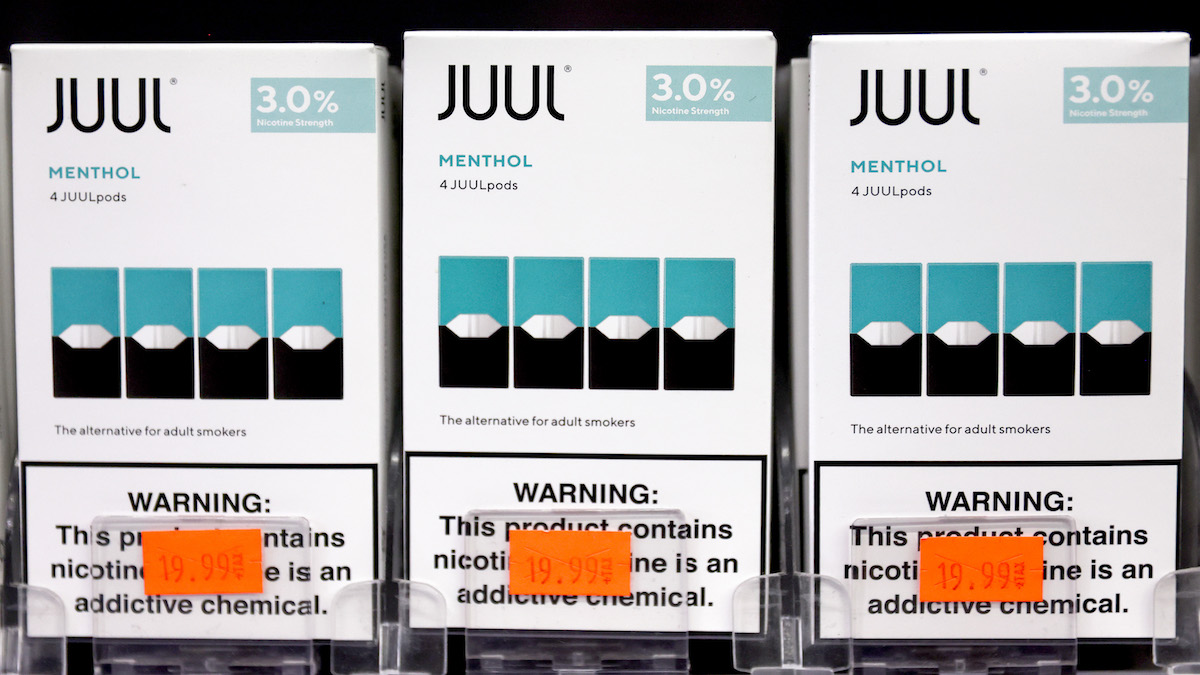 When he returned to the U.S., Trump tweeted to Aras on Nov. 11, 2013: "I had a great weekend with you and your family. You have done a FANTASTIC job. TRUMP TOWER-MOSCOW is next. EMIN was WOW!"

"Your performance at Miss Universe was fantastic - you are a STAR!" he followed up in a tweet to the son a day later.

Emin, a partner in his father's real estate business, responded: "Thank you so much for all your support! You are a great Man."

Although Aras Agalarov does not belong to President Vladimir Putin's inner circle, he has amassed numerous government contracts, an indication of Kremlin patronage. Putin has built a system in which the rich are expected to chip in for his pet projects in return for privileges in securing state loans or getting lucrative contacts. The Agalarovs have built infrastructure for an Asian summit off the coast of Vladivostok in 2012 and are finishing two stadiums for the 2018 World Cup.

Emin Agalarov was married for several years to the oldest daughter of Azerbaijan President Ilham Aliyev, and they had twin sons. They were reported to have separated in 2015.

Aras Agalarov tried to get Trump an audience with Putin in 2013, but the president canceled the session, the Washington Post reported, instead sending Trump a friendly letter and a lacquered box in appreciation.

Rob Goldstone
The British-born Goldstone is the co-founder of Oui 2 Entertainment, a Manhattan-based music management company that says on its website it has represented Michael Jackson and BB King, among others.

The Agalarovs hired Goldstone to help with the Miss Universe pageant in Moscow, and Goldstone has worked with Emin Agalarov since then, most recently organizing a concert featuring Canadian musician David Foster in St. Petersburg last year.

In an interview Monday with the AP, Goldstone said he set up the 2016 meeting with Donald Trump Jr. and said Veselnitskaya stated that she had information about purported illegal campaign contributions to the Democratic National Committee that she thought Trump Jr. might find helpful. Trump Jr. agreed to the meeting, Goldstone said, and it was attended by Trump's son-in-law, Jared Kushner, and then-campaign manager Paul Manafort.

The day after Trump was elected, Goldstone posted a photo on his Facebook page showing himself sitting next to Emin and Trump with the caption "The A Team — headed to the White House!" Other photos that he has posted show that he was in Russia at least three times last year and twice in Azerbaijan, the Agalarovs' home country.

Natalia Veselnitskaya
Veselnitskaya started her career at the prosecutor's office in the Moscow region in 1999, but became known after 2001 for defending property deals that her opponents and activists labeled corporate land grabs. In the deals, run-down collective farms and bankrupt research centers were bought on the cheap or seized for expensive shopping malls, residential properties and highways.

In Russia's notoriously corrupt court systems, good connections are important, and she has them. She is married to Alexander Mitusov, former deputy prosecutor for the Moscow region, and she has represented the family of Pyotr Katsyv, vice president of state-owned Russian Railways and former transportation minister for the Moscow region. In 2012, the respected Novaya Gazeta newspaper documented how Veselnitskaya, her husband and the Katsyvs allegedly were involved in major corporate raiding cases.

She also represented Katsyv's son, Denis, in a money-laundering case in Manhattan that was settled for $6 million in May, three days before it was to go to trial.

The case was related to a $230 million Russian tax-fraud scheme that was brought to light by a whistleblower named Sergei Magnitsky, who was arrested and died in a Moscow prison in 2009. An official Russian investigation of his death said he suffered a heart attack, but a report by the presidential human rights commission found that Magnitsky was beaten and denied medical treatment. In 2012, the U.S. Congress passed the Magnitsky Act, imposing sanctions on Russian officials involved in alleged human rights violations in the case. Russian lawmakers responded by passed a measure that banned Americans from adopting Russian children.

Veselnitskaya helped promote a documentary that disputed the fact that Magnitsky uncovered the tax fraud and that he was beaten in jail. Human rights activists dismissed it as an attempt to whitewash torture.

William Browder, who led a campaign to bring Magnitsky's killers to justice, said Veselnitskaya ran "a fully funded operation" to promote the film and her client's interests in the United States.

Veselnitskaya has denied having any compromising information about Clinton. Putin spokesman Dmitry Peskov said the Kremlin does not know who she is, adding that it "cannot keep track" of every Russian lawyer and their meetings in Russia or abroad.

Yuri Chaika
Chaika, prosecutor general since 2006, is a longtime confidant of Putin and one of Russia's most powerful law enforcement officials. The Russian president nominates the prosecutor general, who is approved by the upper chamber of parliament. In Putin's 17 years in power, the chamber largely has been a rubber-stamp body.

In 2015, Russian anti-corruption crusader Alexei Navalny, Putin's most popular opponent, published a damning investigation that detailed what he described as shady deals involving Chaika's sons and other senior prosecutors. It documented how the sons built a business empire on their father's connections. One son, the investigation alleged, was involved in business deals with the wives of Russian gangsters who terrorized a town in southern Russia until they were arrested and charged with killing a family of 12 in 2010. Despite evidence that local prosecutors had turned on a blind eye on the gang for years, Chaika kept his job.

Chaika called the accusations false and accused Navalny of following someone's "order" to discredit him. Amid public pressure to investigate Chaika and his family, Aras Agalarov was one of the few to spring to his defense, buying a newspaper ad lashing out at Navalny and dismissing his findings as relying on "groundless accusations."

Public calls to investigate or fire Chaika fell flat. Prime Minister Dmitry Medvedev suggested that going after Chaika and other officials would be tantamount to returning to the purges under Josef Stalin.

Several months after Navalny's report, Chaika was reappointed for another five-year term.

Rinat Akhmetshin
Ashmetshin, the Russian-American lobbyist who attended a meeting at Trump Tower last year, is a former military officer who has attracted congressional scrutiny over his political activities and has been shadowed by allegations of connections to Russian intelligence.

Akhmetshin, who denies these allegations, confirmed his participation in the June 2016 meeting with Donald Trump Jr. to The Associated Press on Friday.

A naturalized American citizen who has lived in Washington since the early 1990s, Akhmetshin is known for having lobbied to weaken a U.S. law levying sanctions on Russians and his name has also surfaced in lawsuits, including one involving the hacking of a company's computer systems.

Akhmetshin denied suggestions made in media reports, congressional letters and litigation that he is a former officer in Russia's military intelligence service known as the GRU, dismissing the allegations as a "smear campaign." He told the AP that he served in the Soviet Army from 1986 to 1988 after he was drafted but was not trained in spy tradecraft. He said his unit operated in the Baltics and was "loosely part of counterintelligence."

Along with Veselnitskaya, Akhmetshin is known for lobbying efforts to undercut the Magnitsky Act, economic sanctions targeting Russian officials and individuals. Early in 2016, Akhmetshin said, he helped set up a non-profit foundation based in Delaware, the Human Rights Accountability Global Initiative, to lobby U.S. officials in an effort to strip Magnitsky's name from the law.

Several wealthy Russian oligarchs agreed to provide financial backing for the foundation's lobbying, Akhmetshin said, providing at least $300,000. Among them, he said, was Denis Katsyv. Congressional lobbying documents show that the foundation spent $290,000 last year on lobbying. At least $10,000, the records indicate, was paid directly to Akhmetshin as a lobbyist.

Akhmetshin's name has also surfaced in lawsuits, including a New York court case in which a mining company branded him a "former Soviet military counterintelligence officer" and accused him of involvement in the hacking of its computer systems. Those claims were withdrawn last year, court records show.