“My literal blood, sweat tears were shed in defending the building I spent countless holidays and weekends working in,” Caroline Edwards said

Capitol Police Officer Caroline Edwards described to lawmakers Thursday night what she could only describe as the “war scene” that she and other officers faced when rioters began viciously attacking them on Jan. 6, 2021.

“It was something like I’ve seen in movies. I couldn’t believe my eyes,” Edwards said.

“There were officers on the ground. They were bleeding. I was slipping in people’s blood.”

The raw and at times explicit testimony from Edwards played out in the first public hearing on the findings of the House committee investigating the insurrection on the U.S. Capitol.

Capitol police officer Caroline Edwards recounted being behind a bike rack and trying to hold back rioters at the U.S. Capitol on Jan. 6. “I turned to my sergeant and I stated the understatement of the century. I said, ‘Sarge, we’re going to need a few more people down here.’”

Her recollections of the day amounted to the latest moment in the spotlight for the police officers who fought for hours as a violent mob of pro-Trump rioters, some armed with pipes, bats and bear spray, charged into the Capitol, quickly overrunning the overwhelmed police force. More than 100 police officers were injured, many beaten, bloodied and bruised.

Over her shoulder as Edwards testified sat fellow Capitol Police officers Harry Dunn and Aquilino Gonell and Metropolitan Police Officer Michael Fanone, all of whom testified about the violence they endured at a hearing of the panel last summer. There were moments in her testimony that brought Dunn, a 13-year veteran of the force, to tears.

Edwards’ testimony was accompanied by a barrage of never-before-seen footage, testimony and evidence the committee has gathered in the past 11 months to document how former President Donald Trump’s words and actions led to the assault on the Capitol. Officers are seen in the footage being pummeled with flagpoles, trashcans and bike racks.

“My literal blood, sweat tears were shed in defending the building I spent countless holidays and weekends working in,” Edwards said.

Edwards said she has worked on hundreds of civil disturbances but it quickly became apparent that this one was different. She asked her supervisor for backup.

More on the Capitol Riot: 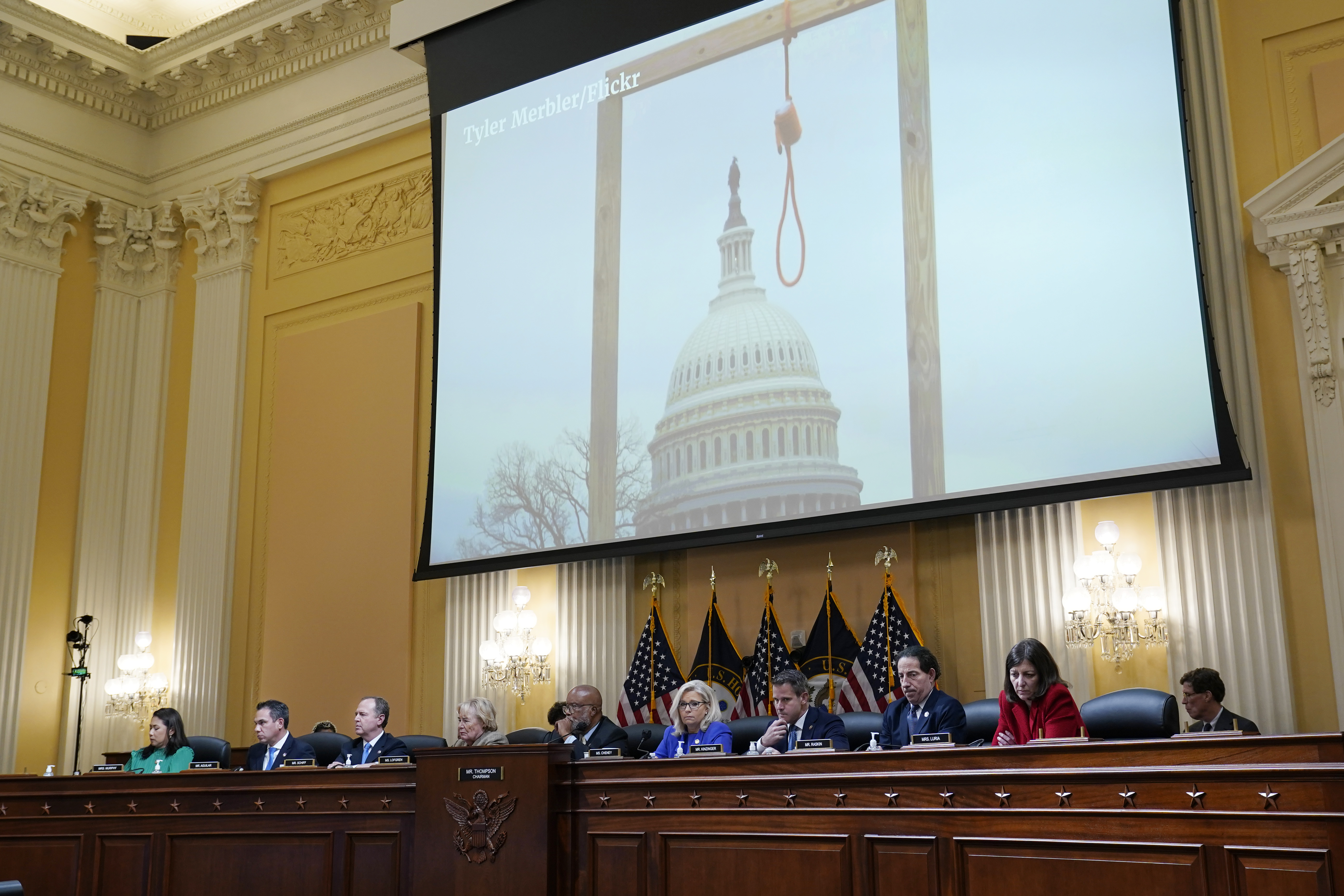 Takeaways From Hearing: ‘Carnage' at the Capitol and a Case Against Trump “I think we’re going to need a few more people down here,” she recalled saying, calling it “the understatement of the century,” as officers were quickly outnumbered by the hundreds of rioters.

She said she suffered a concussion after rioters forced a bike rack over the top of her head, pushing her backward. “I blacked out,” she said, adding that she experienced fainting spells for months after the insurrection.

But the moment Edwards recalled most vividly was the moment when she saw fellow officer Brian Sicknick turn “ghostly pale.”

Sicknick, who was injured while confronting rioters during the Jan. 6 insurrection, suffered a stroke and died from natural causes the day after the attack. Members of his family sat alongside officers Dunn and Gonell as Edwards described his injuries.

Before she could go to help Sicknick, Edwards said, she was pepper-sprayed by the mob.

“Never in my wildest dreams did I think as a police officer, as a law enforcement officer that I would find myself in the middle of a battle,” Edwards said. “I am not combat-trained. That day it was just hours of hand-to-hand combat.”

Committee vice chair Liz Cheney thanked Edwards and the other officers and their families for being there and assisting in their investigation. The Wyoming Republican noted the sacrifice the officers made that day with the limited resources and equipment they had been given.

“As part of our investigation, we will present information about what the White House and other intelligence agencies knew, and why the Capitol was not better prepared,” Cheney said.

But Cheney pushed back on Republicans who have challenged the Jan. 6 panel to focus more intently on security failures.

“We will not lose sight of the fact that the Capitol Police did not cause the crowd to attack," she said. "And we will not blame the violence that day, violence provoked by Donald Trump, on the officers who bravely defended all of you.”

One of the biggest revelations from the first in a series of congressional hearings about the deadly Jan. 6 U.S. Capitol riots was video of former Attorney General William Barr, Ivanka Trump and others acknowledging that President Joe Biden’s election was legitimate.
Copyright AP - Associated Press