President-elect Joe Biden says it will take months to roll back some of President Donald Trump’s actions on immigration, tempering expectations he generated during his campaign and one that may rile advocates pushing for speedy action on the issue.

His Tuesday comments echo those made by two of his top foreign policy advisers in an interview with Spanish wire service EFE on Monday hitting the brakes on rolling back Trump’s restrictive asylum policies. Susan Rice, Biden’s incoming domestic policy adviser, and Jake Sullivan, his pick for national security adviser, as well as Biden himself, warned that moving too quickly could create a new crisis at the border.

Speaking to reporters in Wilmington, Delaware Wednesday, Biden said he’s already started discussing the issues with the Mexican president and “our friends in Latin America” and that “the timeline is to do it so that we in fact make it better not worse.”

President-elect Joe Biden praised health care workers and the country-wide vaccination program during a press conference on Tuesday, while urging Americans to limit their Christmas celebrations to slow the surge of the coronavirus.

“The last thing we need is to say we’re going to stop immediately, the access to asylum, the way it’s being run now, and then end up with 2 million people on our border,” Biden said.

He noted that more funding is needed for more asylum judges to process claims, and promised that while he will work to loosen Trump’s asylum restrictions, “it’s going to take probably the next six months to put that in place.”

His comments come as interceptions along the border have increased in recent months. U.S. authorities encountered migrants at the border with Mexico more than 70,000 times in October and in November, four times April's tally. Some experts predict the surge could increase in the early months of Biden’s presidency, as a response to the damage wrought by the two hurricanes that have pummeled Central America and the economic fallout from the pandemic, as well as expectations of a more humane approach to immigration from the Biden Administration.

Sullivan and Rice both said in their interview with EFE that Biden will take executive action where possible to address issues with the immigration system, and emphasized plans to provide humanitarian aid and help bolster Latin American economies to try to address the root cause of the influx of immigrants to the U.S.

Biden “will work to promptly undo” Trump’s deals with Guatemala, Honduras and El Salvador that let the U.S. transfer asylum seekers to those countries, and will “follow through” on his commitment to end a Trump-era program that returns undocumented border crossers to Mexico to await their legal proceedings, Sullivan said. On his campaign website, Biden promised to end the agreement with Mexico, known as the Migrant Protection Protocols, within the first 100 days of his presidency.

But Sullivan emphasized that many of those reforms will take time.

He cautioned that “increasing processing capacity and changing policy at the border will take time,” and warned those considering fleeing for the U.S. to wait, predicting it will take “months” for the Biden Administration to fully implement their plans with respect to Latin America.

“Given the pandemic and the large number of migrants already waiting in northern Mexico, now is not the time to undertake the dangerous trip to the United States,” he said. It will take months until we are able to fully implement our plans.”

President-elect Joe Biden has decided on the historic choice of Rep. Deb Haaland of New Mexico to head the Department of the Interior. The appointment would make her the first Native American Cabinet secretary. But why should we care about the Interior secretary? As NBCLX's Fernando Hurtado explains, this underappreciated federal agency is more important than you think.

Rice said that “processing capacity at the border is not like a light that you can just switch on and off.”

“Our priority is to reopen asylum processing at the border consistent with the capacity to do so safely and to protect public health, especially in the context of COVID-19. This effort will begin immediately but it will take months to develop the capacity that we will need to reopen fully,” she said.

But Michele Heisler, medical director of Physicians for Human Rights, expressed concerns about the pace of change during a conference call with reporters Tuesday and said there should be no “public-health rationale” to maintain extraordinary powers to immediately expel people from the United States without an opportunity to seek asylum.

Rice was noncommittal about when Biden would withdraw that authority, which Trump introduced in March on grounds that it would contain the coronavirus even though reporting by The Associated Press and others has found that government scientists saw no evidence for it.

The White House transition is formally moving ahead. President-elect Joe Biden on Tuesday introduced his picks for high-level cabinet positions focused on national security and intelligence. Biden pointed to the nominees' experience, while answering criticism they could represent a return to the status quo. "We cannot meet these challenges with old thinking," he said.

Still, other pro-immigrant advocates said Tuesday that while they understood it would take time to untangle some of Trump’s changes at the border, they underscored a sense of urgency. They hailed Biden’s emphasis on working with Mexico and Central America on joint solutions.

Guerline Jozef, executive director of the Haitian Bridge Alliance, said it was a “matter of life and death,” with many asylum-seekers waiting in extremely violent Mexican border cities for their cases to be heard in the United States.

She said in a conference call with reporters that she was concerned about how many asylum-seekers will be allowed in by Biden “but we are here, ready, determined that the process works for all those that are impacted.” 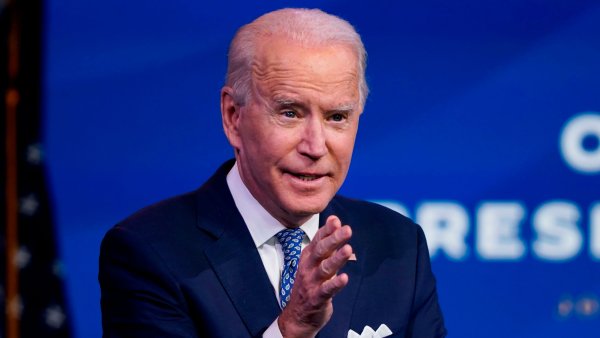 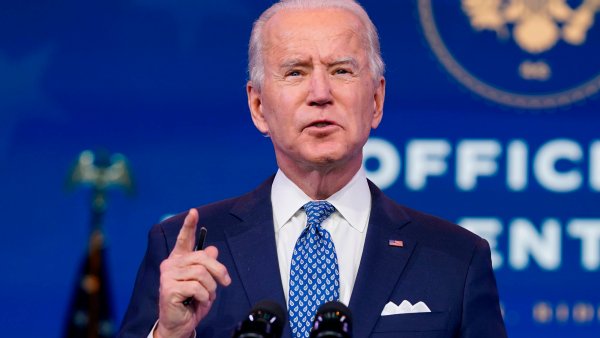