Biden and Democratic House and Senate lawmakers met in hours of back-to-back-to-back private White House sessions stretching into the evening, called at a pivotal juncture for Biden's $3.5 trillion package as lawmakers struggle to draft the ambitious effort. With Republicans solidly opposed, Democratic leaders are counting on the president to galvanize consensus between progressives and centrists in their party.

“We’re in good shape,” Pelosi told reporters back at the Capitol after the hour-plus meeting.

The White House's intense focus on Biden's expansive domestic proposal showcases how much is at stake politically for the president and his party in Congress. The administration has suffered setbacks elsewhere, notably with the Afghanistan withdrawal and prolonged COVID-19 crisis, and Democrats are running short of time, anxious to make good on campaign promises.

Meanwhile, the House and Senate are at a standstill over a separate package to keep the government funded past the Sept. 30 fiscal yearend and to suspend the federal debt limit to avert a shutdown and a devastating U.S. default on payments. Senate Republicans are refusing the House-passed bill, sparking a fiscal standoff.

What Is the Debt Ceiling and Why Is It Important? 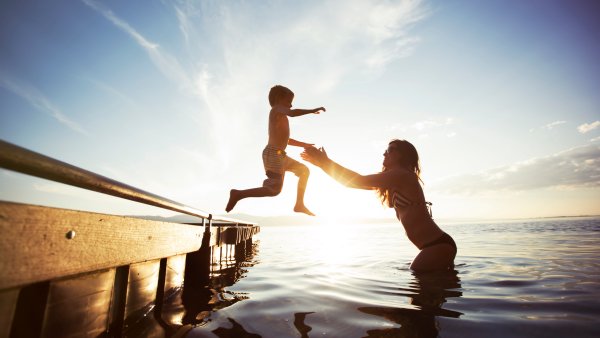 Federal Reserve Chairman Jerome Powell said at a press conference Tuesday that failing to extend the debt limit is “just not something we can contemplate or we should contemplate.”

As for Biden's build-back plans, the House faces a deadline Monday to vote on the first part of Biden's plan — a nearly $1 trillion public works measure that was already approved by the Senate but has become tangled in disputes over the broader package.

Centrist Democrats support the slimmer bill but have raised concerns about the price tag of Biden's broader vision — which entails revamping federal taxes and spending to make what the president views as overdue investments in health care, family services and efforts to fight climate change.

The $3.5 trillion package would impose tax hikes on corporations and wealthy Americans earning beyond $400,000 a year and plow that money back into federal programs for young and old, along with investments to tackle climate change.

House Speaker Pelosi has promised centrists a vote on the more modest $1 trillion public works package. That bill of roads, broadband and public water projects enjoys bipartisan Senate support and should easily pass the House even with growing House Republican opposition, but has become sidelined by the bigger debate.

"I'm confident we'll have the votes,” said Rep. Josh Gottheimer, D-N.J., a leader of the centrist coalition who was attending a later White House meeting.

Coastal erosion and sea level rise are collapsing cliffs on the California coast and threatening multimillion dollar homes and critical infrastructure. And that is creating a chain of events that reaches far inland — affecting housing markets in places like Coeur D'Alene, Idaho. NBCLX storyteller Chase Cain explains how coastal erosion affects all of us — and why it’s a problem that’s not going away.

Rep. Pramila Jayapal, D-Wash., chairwoman of the progressive caucus, emerged from an hour-long meeting with Pelosi late Tuesday saying its position had not changed and the two bills must move “in tandem” to win the progressive votes. Jayapal also will attend the meeting with Biden.

Publicly, the White House has remained confident both bills will pass, and Democratic leaders are pushing ahead as they draft the details.

Tensions are high as the Biden agenda is a key campaign promise not only from the president but most of the the Democratic lawmakers, including those in the House who face re-election next year.

All told, more than 20 lawmakers were invited to confer with Biden, moderates and progressives in separate meetings stretching into the evening, making their best pitches. Key centrist Sens. Joe Manchin of West Virginia and Kyrsten Sinema of Arizona, were to be among them.

Despite disputes, many Democrats are saying they expect the final product to align with Biden's broader vision and eventually have robust party support, even if that version is adjusted or scaled back.

“These are really popular things,” said Rep. John Yarmuth, of Kentucky, chairman of the Budget Committee. 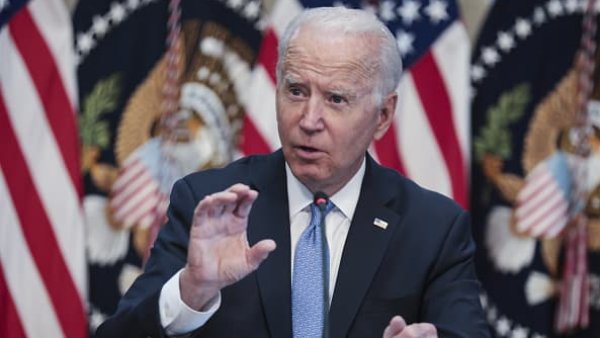 His Economic Agenda on the Line, Biden Prepares to Fight for Tax Increases on the Wealthy 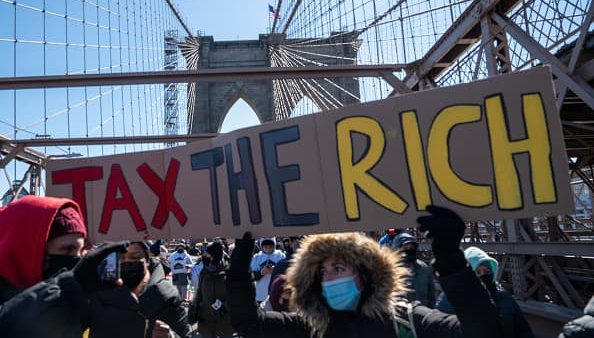 But Rep. Stephanie Murphy, D-Fla., a leader of the centrist Blue Dog caucus, expects to vote Monday on the smaller package but said the bigger one will take more time. "I’m not sure that we’re at a place of closing out just yet," she said.

On Capitol Hill, Biden’s communications director Kate Bedingfield unfurled a 24-page presentation to House Democrats, much of it focused on the potential economic benefits and popularity of the package with voters, according to a person granted anonymity to discuss the private session.

While all this is going on, the government faces a shutdown if funding stops on Sept. 30, the end of the fiscal year. Additionally, at some point in October the U.S. risks defaulting on its accumulated debt load if its borrowing limits are not waived or adjusted.

Rushing to prevent that dire outcome, the Democratic-led House passed the funding-and-debt measure Tuesday night, butRepublicans are refusing to give their support in the Senate, despite the risk of triggering a fiscal crisis.

Senate Republican leader Mitch McConnell has said since Democrats control the White House and Congress, it’s their problem to find the votes — though he had relied on bipartisan cooperation to approve debt limit measures when Republicans were in charge.

“They have an obligation to raise the debt ceiling and they will do it.” McConnell said Tuesday.

The administration has sent intermediaries including former Treasury Secretary Hank Paulson to meet with McConnell of Kentucky, to no apparent avail.

The Senate is likely to vote Monday on the House-passed measure. Approved Tuesday night, it would provide stopgap money to keep the government funded to Dec. 3 and extend borrowing authority through the end of 2022. It includes $28.6 billion in disaster relief for the aftermath of Hurricane Ida and other extreme weather events, and $6.3 billion to support Afghanistan evacuees in the fallout from the end of the 20-year war.

But in the 50-50 Senate, Democrats will be hard-pressed to find 10 Republicans to reach the 60-vote threshold needed to overcome a filibuster. Other options to try to pass the debt ceiling package could be procedurally difficult.

The Treasury Department projects that at some point next month it will run out of cash reserves. That could force it to delay or miss payments, an outcome that would ripple negatively through an economy still battered by the COVID-19 crisis.