Back Home: Biden Has Daunting To-Do List After European Tour

It has been a start-and-stop process on many of Biden’s priorities on Capitol Hill, where Democrats hold the majority but only by the narrowest of margins

President Joe Biden is facing a formidable to-do list now that he’s back from his summit-filled trip to Europe, with pressing legislative challenges, foreign policy follow-up and a need to steer the country’s reopening as the coronavirus threat recedes.

His overseas tour was meant to showcase the U.S. return to global leadership — a central pledge of Biden’s 2020 campaign for the White House – but he now faces a critical juncture for securing other planks of his agenda. From voting rights and immigration to his massive legislation on jobs and infrastructure, Biden is trying to get as much done as possible in Congress before the start of its August recess.

“I think we — the country, has put a different face on where we’ve been and where we’re going," Biden told reporters on the tarmac in Geneva late Wednesday as he headed back to Washington. "And I feel good about it.”

It has been a start-and-stop process on many of Biden’s priorities on Capitol Hill, where Democrats hold the majority but only by the narrowest of margins. He is reaching for bipartisan deals with Republicans while also moving along with his own party's go-it-alone strategy, a two-pronged approach that is particularly coming into focus on his big infrastructure investment plan.

Other legislation, on voting rights, policing reforms and immigration, will need support from Republicans in the Senate, and talks are teetering on those and other issues as bipartisan groups of lawmakers strain to find agreements while the days tick off on the legislative calendar.

The Russian leader Vladimir Putin wasn't suddenly going to see eye-to-eye with Joe Biden on everything, but the leaders' meeting in Geneva was a good start at setting the tone on key issues like cybersecurity, says NBC correspondent and former Ambassador Christopher Hill.

Talks over immigration have all but come to a standstill, and Democrats are now eying putting some immigration law changes into the infrastructure overhaul, relying on budget rules that would allow majority passage without the need for Republican votes. Talks on policing reform are still going, but even House Speaker Nancy Pelosi noted Thursday, “It’s challenging.”

Still, Biden enters the legislative struggle from a position of strength. A new poll by The Associated Press-NORC Center for Public Affairs Research, conducted while he was abroad, found 55% of Americans approve of his handling of his job as president.

The White House believes that Biden’s proposals are broadly popular in the country, if not on Capitol Hill, and is wagering that lawmakers can be brought along with a combination of cajoling and the presidential bully pulpit.

Biden is expected to resume regular domestic travel to promote the infrastructure legislation, and continue his behind-the-scenes engagement with lawmakers on other issues where his public involvement might not be as productive.

While Biden was away, a new round of bipartisan infrastructure talks intensified as a growing group of 21 senators fine-tuned their $1 trillion plan to meet the long-overlooked national priority. At the same time, Senate Democrats under Budget Committee Chairman Bernie Sanders plotted a $6 trillion go-it-alone approach.

President Joe Biden signed a bill making Juneteenth, or June 19, a new federal holiday in honor of the day the last enslaved people were freed in 1865. The bill received overwhelming bipartisan support and earned both parties praise from the president, saying, “I have to say to you, I’ve only been president for several months but I think this will go down for me as one of the greatest honors I’ll have had as president. Not because I did it– you did it.”

Biden, who was loosely following the back-and-forth while abroad, was briefed on the measures Thursday at the White House, according to an administration official who said the president planned to assess the likelihood of a bipartisan deal next week.

The White House sought to keep up momentum for the president’s legislative agenda while he was away — particularly the infrastructure bill — by deploying Cabinet secretaries across the country and to meetings on Capitol Hill.

Biden aides also held more than 130 calls or meetings with lawmakers and staff about the infrastructure proposal and a dozen staff briefings for aides in both parties.

Meanwhile, senior Biden aides have been keeping in constant communication both with Democrats and Republicans working on the bipartisan deal as well as the progressive lawmakers working on the party’s ‘plan B.’

At the same time, Biden returned to the U.S. with a pile of new initiatives from his talks with allies and adversaries.

He must fulfill his commitment to share 80 million COVID-19 vaccine doses with the world by the end of this month, while devising plans to meet his pledge to share a further 500 million over the next year. White House COVID coordinator Jeff Zients said Thursday that the administration would be unveiling the recipients of those 80 million doses in the coming days, as the U.S. works through the diplomatic and logistical hurdles to ship vaccines abroad as quickly as possible.

UK Prime Minister Boris Johnson said dealing with President Joe Biden is like a breath of fresh air. In Biden's first trip abroad as president, he joined Johnson and other world leaders for the G7 summit. Former U.S. Ambassador Christopher Hill weighs in on what we've heard from the world leaders so far.

Having secured an agreement with the European Union to end a 16-year dispute over commercial airliners, Biden said he is now looking to bring about a de-escalation in a host of other trade tensions with the bloc as he tries to develop a more united front to counter China’s trade practices. He’s tasked U.S. Trade Representative Katherine Tai to step up negotiations.

And after sitting down with Putin, Biden said the next six months would determine whether a constructive partnership could be formed in areas of mutual interest, from nuclear arms control and safeguarding critical infrastructure from cyberattacks to a potential exchange of imprisoned citizens. Progress on any of those fronts would be ironed out in the months ahead, Biden added.

“The president was very clear yesterday that the proof of the pudding is in the eating,” national security adviser Jake Sullivan said Thursday. “It is the start of the story, and how the story ends will unfold here over the course, as he said, of the next six months to a year.” 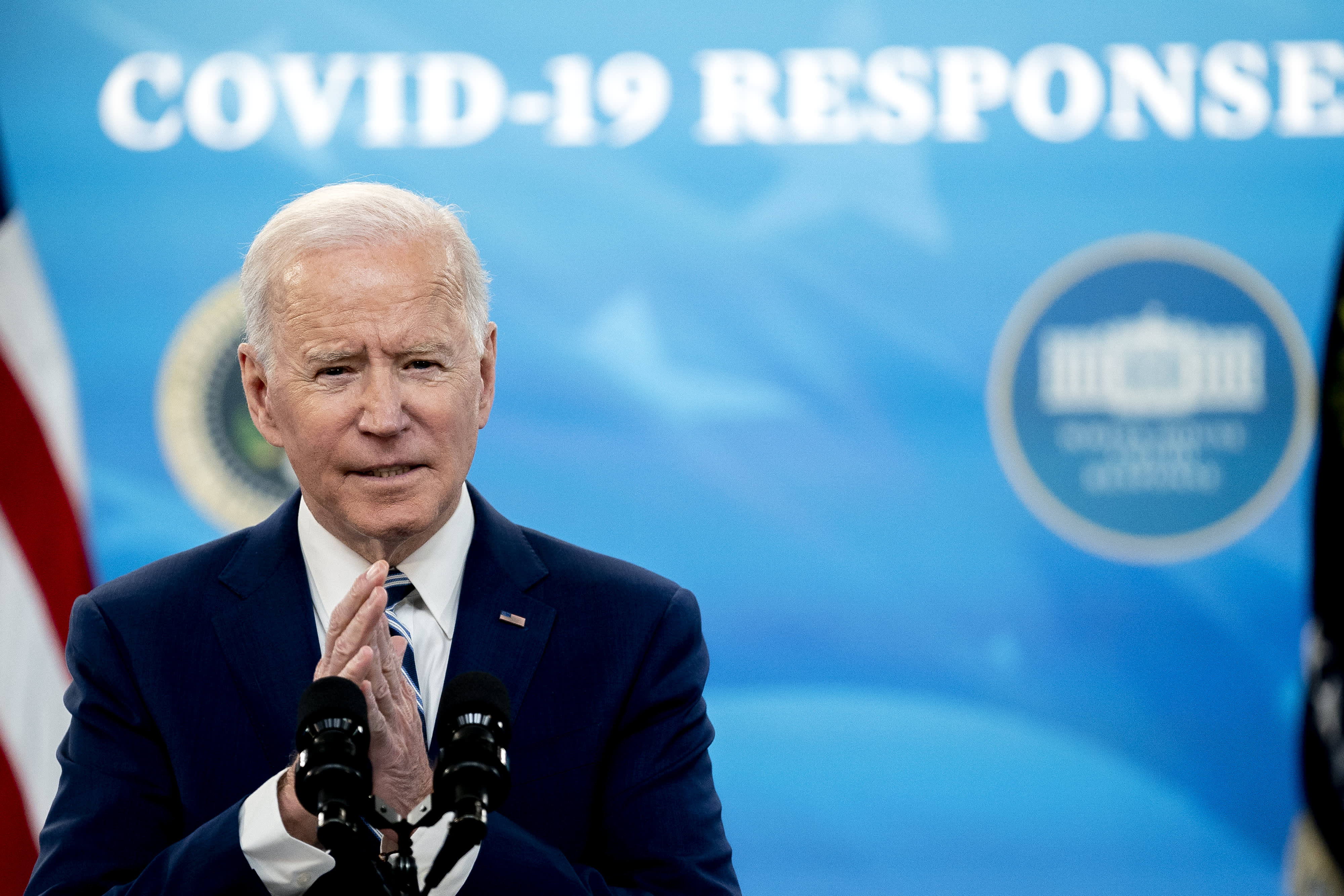 Biden Administration to Spend $3.2 Billion on Antiviral Pills for Covid 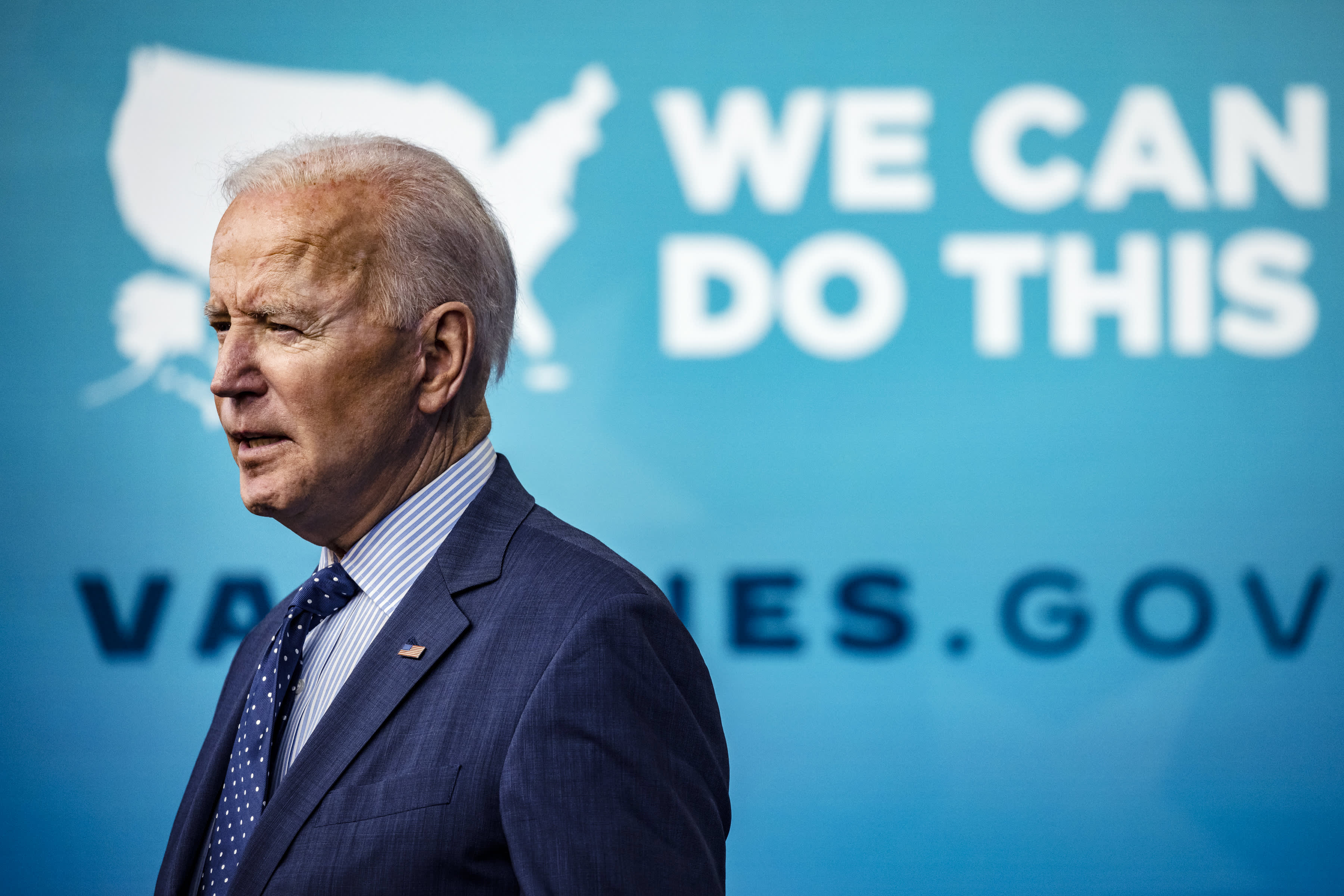