Amazon Goes Into the Holidays With Magnified Store Presence

Having a physical presence gives shoppers a chance to see and try out Amazon gadgets, and maybe buy

Amazon goes into the holiday season with a newly magnified brick-and-mortar presence, giving it more opportunities to sell its Kindle e-readers, Fire tablets and other gadgets.

The online retailer now has more than a dozen Amazon Books stores, which also sell toys, electronics and small gifts. Kohl's has carved out space for Amazon shops in 10 of its department stores. Amazon also has small shops in several malls, and is selling most of its gadgets in 100 Whole Foods stores and opening pop-up shops in five.

But the Seattle-based company's physical stores are a small part of its business, making up just 3 percent of its total revenue between July and September, even though it bought Whole Foods and its 470 stores during that period. And its online sales will still dominate. Bain & Co. analysts expect Amazon.com Inc. to take about half of the total growth in online sales during holiday shopping season.

Here are some other trends this holiday season:

TOYS THAT SURPRISE
After the wrapping paper is ripped off, some gifts will need to be unwrapped again.

Some of the hottest this year are LOL Surprise and Pikmi Pops. These and similar toys hide small stuffed animals or dolls inside plastic balls that are wrapped in several layers of packaging. Kids peel each layer, revealing tiny bags filled with trinkets, stickers, messages or other doll accessories as they go. 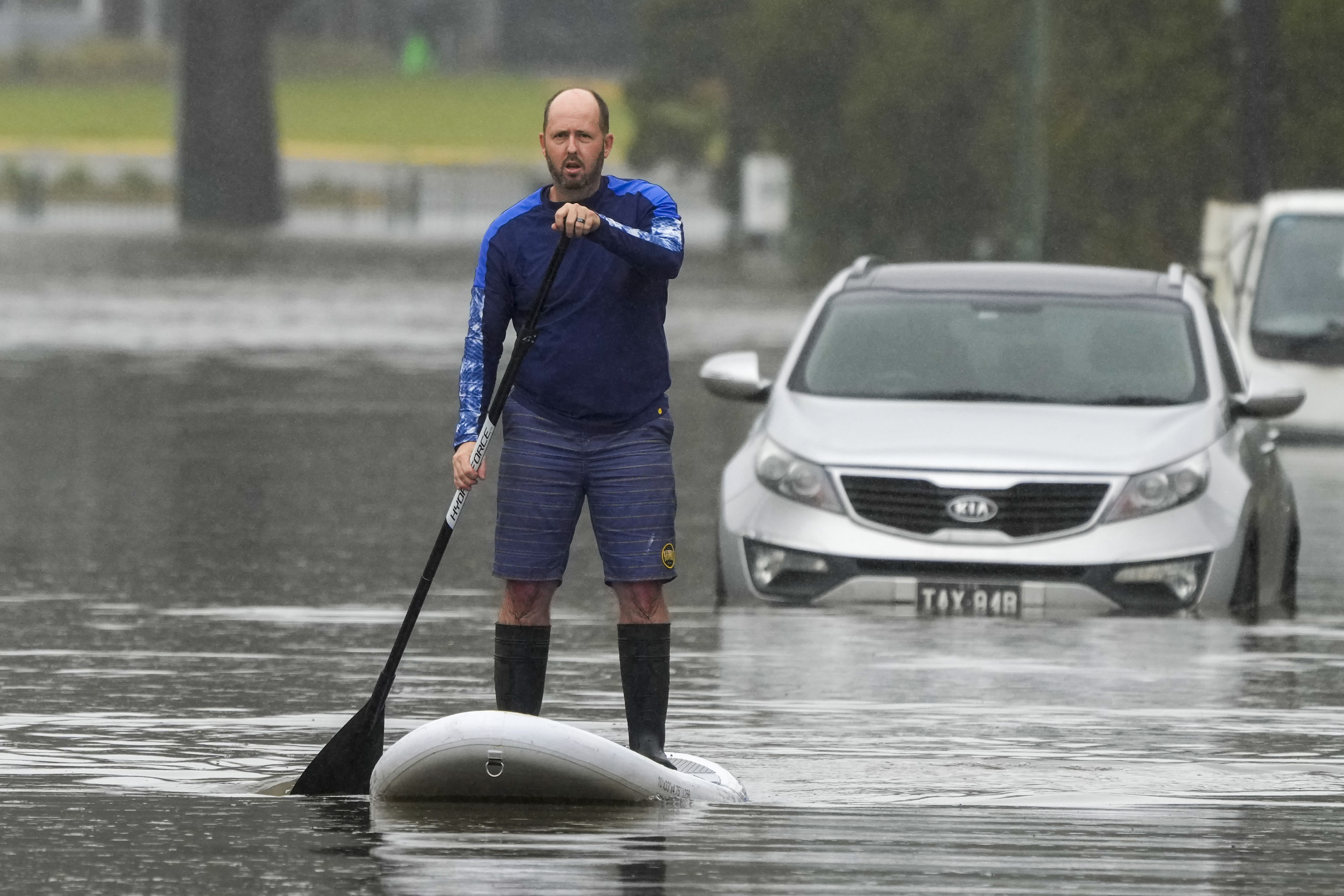 Sydney Evacuations Expand to 50,000 People, Flooding ‘Far From Over'

Some record themselves opening the toys to post on YouTube, part of the popular video trend of unboxing.

For the holidays, toy company MGA Entertainment launched the $69.99 LOL Surprise Big Surprise, which it says has 50 items to unwrap, including small dolls, accessories and bath balls that fizzle in water and reveal charms.

"Opening is part of the play," says Jim Silver, the editor-in-chief of toy review website TTPM. "It's fun, like going on a scavenger hunt."

The trend extends to stocking stuffers, too. "Blind packs" like Shopkins or Disney Tsum Tsums remain popular for kids who delight in the mystery and unwrapping as much as the toy itself.

The craze for surprises follows on one of last year's hot toys, the animatronic bird-like Hatchimals that "hatch" from eggs. Those are still popular this year, as well as small Hatchimals eggs that need to be peeled by hand.

TURMOIL IN TOYLAND
Being in the toy business seems less fun these days.

Toys R Us filed for bankruptcy protection in September, hampered by the weight of its debt. Barbie-maker Mattel and rival Hasbro, the company behind Monopoly and My Little Pony, said their recent financial results were hurt by the Toys R Us Chapter 11 filing. Both said they temporarily slowed shipments to Toys R Us ahead of the bankruptcy, but that their toys would be on the retailer's shelves before the holidays.

Besides problems with Toys R Us, the companies have faced trouble selling their toys to kids, many of whom would rather play with a tablet or smartphone. Mattel has tried to revive its iconic brands, such as giving Barbie new body shapes and skin colors, but third-quarter sales fell across all its brands, including Hot Wheels and American Girl.

Hasbro even reportedly made a takeover approach that Mattel rejected, a subject neither company is commenting on.

Even Lego, which has posted years of growth, said in September that sales of its colorful bricks fell for the first time in 13 years, and announced plans to cut 1,400 jobs.

STORES VERSUS ONLINE
With shoppers moving between stores and mobile devices, retailers are trying to find a balance between investing in both.

Target has been spending on revamping its stores, expanding online services and cutting prices. It says its stores are fulfilling more than half of its total online sales through "pickup at stores" and "ship from store" programs. Target expects that figure to be more than 80 percent in the days leading to Christmas. Still, that comes at a cost to the bottom line.

Walmart, meanwhile, is tinkering with pricing. Until now, the discounter's goal was to keep store and online prices the same. But now it's raising prices for certain items online that would be unprofitable to ship, and noting that on its website so customers can choose to shop online and pick up from a store. Marc Lore, CEO of Walmart's U.S. e-commerce division, said it costs less to sell some products at the stores, and the company wants to be "transparent."

But retail consultant Ron Friedman, co-leader of Marcum's retail and consumer products practice, says Walmart "runs the risk of alienating customers" if the prices online are much different from at the stores.

OFF-PRICE, OFF TRACK?
Could off-price stores be losing some of their luster?

Chains like Nordstrom Rack and T.J. Maxx, known for discounted name-brand merchandise, have fared better than many other retailers since the recession and have attracted shoppers away from mall-based stores. Their success has been copied by others such as Macy's, which is testing its own off-price concept. And they've faced more competition from liquidation sales amid more closures of clothing stores this year.

So some of the off-price chains have seen growth stall. The parent company of T.J. Maxx parent said revenue at established stores was flat in the third quarter— the first time that figure didn't increase since 2009. Nordstrom Rack stores saw sales and customer counts stall this year. And luxury retailer Neiman Marcus said it would close 10 of its 38 Last Call outlet stores so it could focus on its main department store business.