After Texas Shooting, Schools Around US Boost Security

Schools have ramped up police presence in a host of states, including Connecticut, Michigan and New York, after the shooting Tuesday that left 19 students and two teachers dead

In the aftermath of the elementary school massacre in Uvalde, Texas, schools around the U.S. have brought in additional security staff and restricted visitors as they deal with a new rash of copycat threats.

For some families and educators it all has added to uneasiness in the wake of the deadliest school shooting since the 2012 attack at Sandy Hook Elementary School.

Jake Green, 34, of Los Alamos, New Mexico, was jolted when he saw a plainclothes police officer for the first time while walking his 7-year-old daughter into school Friday morning. He grew up in Colorado, not far from where two Columbine High School students shot and killed 12 classmates and a teacher in 1999. Green remembers attending memorials and candlelight vigils as a fifth-grader, but he’s torn about whether having police at his daughter’s school is best. 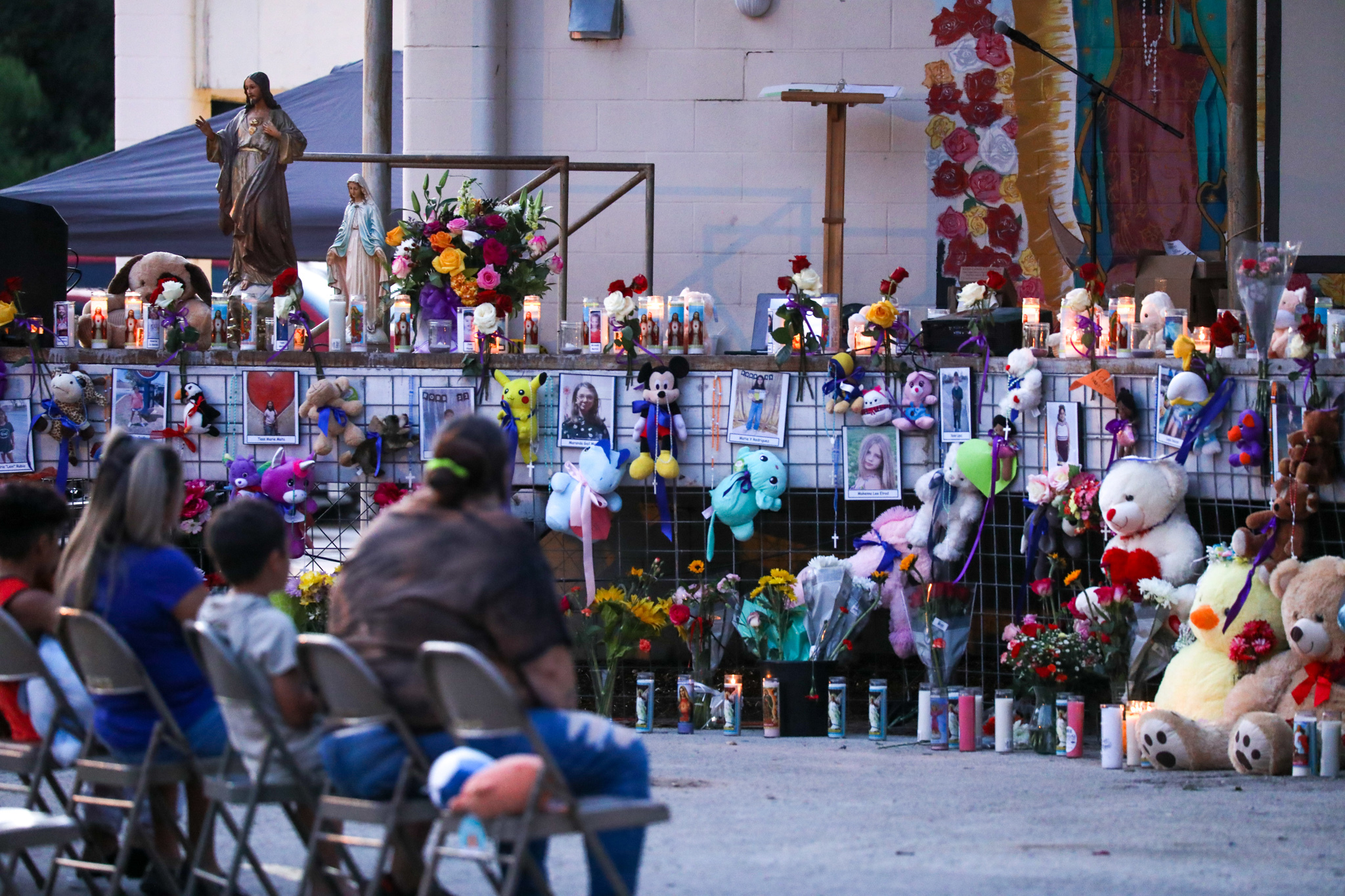 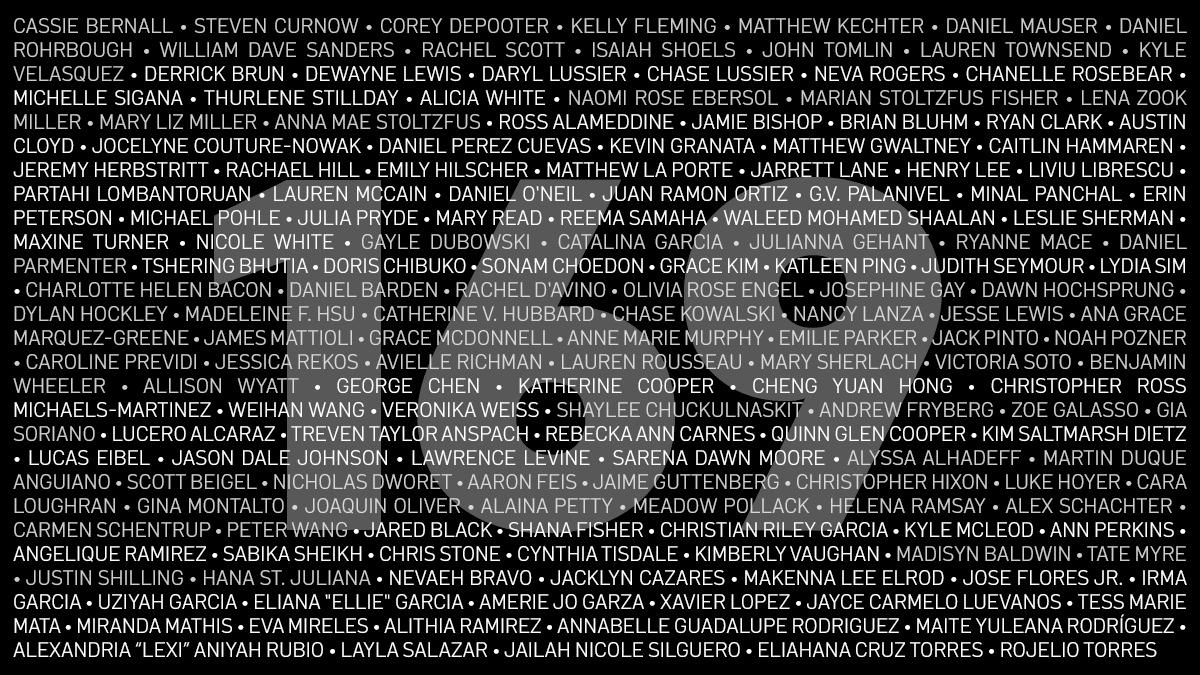 “In a way, I don’t really feel any safer with police around,” Green said. “Seeing the police there, it really made it seem like the worst possibility was even more possible today.”

In El Paso, Texas, where a gunman killed 23 people in a racist 2019 attack that targeted Hispanics at a Walmart, schools are on edge. The El Paso Independent School District has already encountered some reported threats that turned out to be false. They were either “students joking or overly-sensitive parents,” said Gustavo Reveles Acosta, a district spokesperson.

“Our community is still raw from that incident,” Acosta said. “It hits us in a pretty emotional way.”

The district, which has its own police department, has also stepped up patrolling at all 85 campuses. Officers have been pulled from monitoring traffic or other duties. Schools already have updated camera surveillance systems. Visitors are required to ring a doorbell and show identification before they can enter.

The district is making a point to look out for teachers' and students' mental health. A counseling team has been visiting every school to speak about the shooting in Uvalde. They are also urging people to talk in private about any distress.

Mia Baucom, a 15-year-old student at a Forth Worth, Texas, high school said it was surreal to think the Uvalde killings happened in her home state. It also stirred memories of a lockdown at her school two months ago that was prompted by a shooting.

“I’m a little more stressed out about it because just the fear of what if that happened at my school?” said Baucom, whose last day of school was Thursday. “Let’s say we get more police officers. Most likely that’s not going to stop people from going crazy and just shooting up schools.”

Schools have ramped up police presence in a host of states, including Connecticut, Michigan and New York, after the shooting Tuesday that left 19 students and two teachers dead.

In Buffalo, New York, where a white gunman fatally shot 10 people in a racist attack in a supermarket on May 14, the largest school district announced new security rules effective immediately. Any visitors — parents, siblings, vendors — have to call ahead for approval. No exceptions will be made. They may be subjected to a search by a wand detector. Doors will be locked at all times.

In Jacksonville, Florida, the Duval County Public Schools' chief of school police banned backpacks or large handbags at any school through Friday, the last day of school. Small purses were allowed but could be searched.

A discredited threat against a middle school prompted a Texas school district 200 miles (320 kilometers) southeast of Uvalde to end the school year a week early. The Kingsville Independent School District announced Friday would be the last day of school. But students should not see any penalty for the premature end to the year.

The gunman who killed 19 students and 2 teachers at Robb Elementary School in Uvalde, Texas, couldn’t be stopped by police for at least 40 minutes after the attack began. A representative for the Gun Owners of America says one solution is to let teachers carry guns too — to take down mass shooters when police can't.

“In light of the tragedy in Uvalde, there has been an enormous amount of stress and trauma. Unfortunately, more stress and trauma are added with ‘copy-cat threats’ that start circulating such as the one that was sent today for Gillett (Middle School),” Superintendent Dr. Cissy Reynolds-Perez wrote in a statement on the district's website.

It's clear staff and students nationwide are on edge as several reports of firearm sightings on campuses have popped up in the past few days.

Two people were arrested Thursday after a Denver high school locked down its campus. Police found a paintball gun but no other firearms. Classes were canceled anyway.