They came bearing oversized images of the sons and daughters they lost to drug overdoses and signs demanding justice from the pharmaceutical company they hold most responsible.

The parents and their supporters rallied outside a Boston courthouse Friday as a judge heard arguments in Massachusetts' lawsuit against Purdue Pharma, the maker of OxyContin, over its role in the national opioid epidemic.

"Unless you've lost a child, you don't know what that pain is like," said Kathleen Scarpone, a New Hampshire resident whose 25-year-old son died of an overdose in 2015, just a few years after serving as a Marine in Afghanistan. "You wake up every day and your heart breaks a little. I don't want anyone to ever feel that." 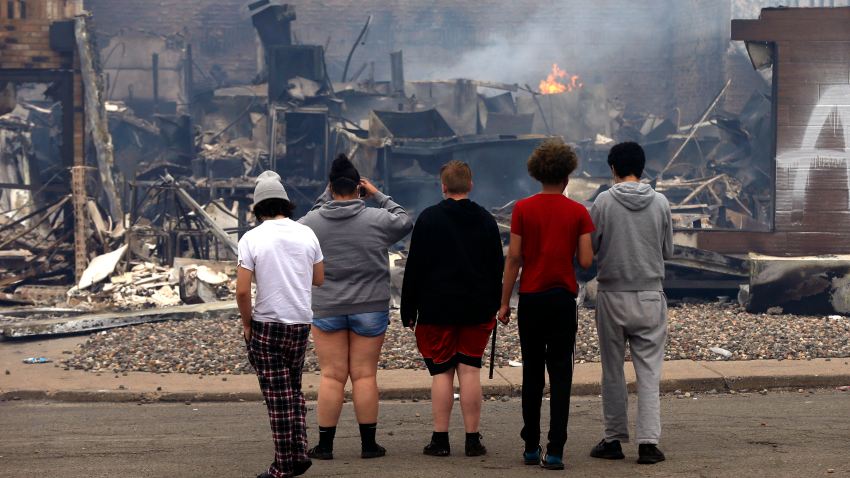 Scarpone was among more than 100 people gathered in front of Suffolk County Superior Court through the daylong hearing. The group laid poster boards filled with photos of hundreds of Massachusetts overdose victims on the courthouse steps.

Some held signs saying, "Sack the Sacklers," referring to the wealthy family that owns Purdue Pharma and whose name is emblazoned across major institutions such as the Smithsonian, Guggenheim and Harvard from years of philanthropy.

"They need to see the families," Cheryl Juaire, a mother from Marlborough, Massachusetts, whose 23-year-old son died of an overdose in 2011, said of company officials and the Sackler family. "They need to be held accountable for the deaths of our children."

The suit is among more than 2,000 by state and local governments pending against Purdue Pharma and other opioid makers.

"Part of what happened here is a company came to market, created a pill, created a culture around how we deal with pain and in the process got a lot of people sick and addicted," Healey said.

Lawyers for the numerous defendants in the case said Healey, a Democrat, has distorted facts and made oversimplified claims in a bid to scapegoat the company and its leaders for an epidemic that's claimed more than 400,000 lives since 1999.

Purdue Pharma's lawyer Timothy Blank also argued in court the company should not shoulder all the blame for the current crisis.

He noted the Stamford, Connecticut, company produced only a small fraction of the nation's opioid medications while lower-priced generic drugmakers produced the lion's share. He also pointed to Massachusetts data showing that illegal heroin and fentanyl — not prescription opioids — are now the cause of most overdose deaths.

Lawyers separately representing former company board members, including members of the Sackler family, argued their clients shouldn't be individually held liable because Massachusetts hasn't shown evidence they had any direct role in the marketing and sales of Oxycontin in the state, as Healy's lawsuit claim.

State prosecutors countered that every board member was aware of the consequences of the company's efforts to make OxyContin the dominant prescription painkiller on the market.

They argued the company's sales and marketing teams pushed prescribers to keep patients on Oxycontin longer and at stronger doses — all the while falsely claiming it had low risk for addiction.

Superior Court Judge Janet Sanders is expected to decide on the legal motions to toss out the case later.

But at times Friday, she questioned the "ambitiousness" of Massachusetts' suit, which was the nation's first to name Sackler family members and company board members as defendants. Others have since followed the state's example.

"This is no ordinary board," Assistant Attorney General Jenny Wojewoda replied at one point. "Purdue is essentially a very large, very profitable family business."