Police have released surveillance video of a man wanted in connection with a robbery and stabbing near the Eastern Market Metro station last week.

A 67-year-old woman said she was in the area of 9th and C streets SE last Thursday around 10 p.m. when a stranger wrapped his arm around her neck and told her to be quiet.

She offered her purse, and the suspect took it -- but not before stabbing her in the neck, leaving a six-inch wound.

This week, police released surveillance video from a Citgo gas station. They say a man wanted in connection with the assault is seen possibly offering to pump gas for other customers.

Though police won't say how they were led to the video, robbers have been caught offering to pump "discounted" gas for strangers using stolen credit cards and taking cash payments -- for example, offering to pump $30 in gas using a stolen card and getting $20 in cash in exchange. 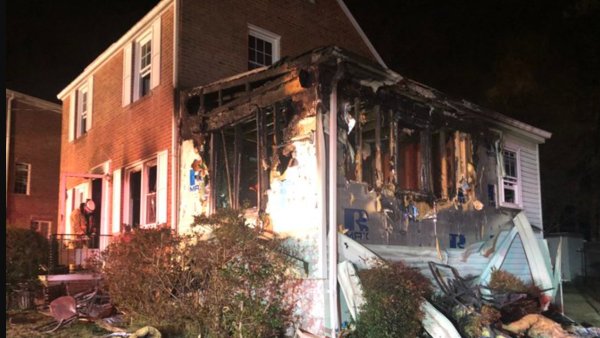 She told News4 she kept walking for several blocks, not realizing how serious her wound was until a passerby stops to help her. Despite the magnitude of her wound -- and the fact that it could have been even worse -- she said she won't let the attack change her life.

"I think that I won't walk alone at night," she said. "I'm not happy but I'm not traumatized. I'm not going to stop going out at night."

The attack happened several blocks from the area where a man in his 60s was robbed and assaulted earlier this month. He died from his injuries several days later, and two men have been charged in his death.