Prosecutors in the corruption trial of former Virginia Gov. Bob McDonnell and his wife Maureen turned to the issue of the couple's undisclosed loans and debts Wednesday.

Virginia Beach Mayor William Sessoms testified that the former governor never mentioned debts to a wealthy businessman in his application to refinance a bank loan. Sessoms is president of TowneBank's parent company.

The McDonnells are charged with accepting more than $165,000 in gifts and loans from former Star Scientific Inc. CEO Jonnie Williams in exchange for promoting his company's product Anatabloc. The trial has now entered day 13.

A defense attorney said Williams' loans went to Maureen McDonnell and to a company owned by the former governor and his sister. Bob McDonnell was the sole borrower on the TowneBank loan. 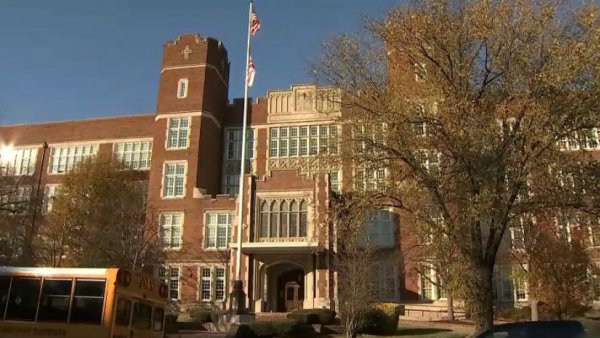 On cross-examination, McDonnell's defense attorney cast doubt on whether the Williams loan needed to be reported since it was to a corporation -- Mobo Realty and not the governor. Sessoms, a friend of McDonnell, helped the defense's cause when he agreed the only loans that must be reported are those personally guaranteed by the individual filling out the form. The Mobo loan was not.

The prosecution then moved on to loan documents filed when the McDonnells sought to refinance four real estate properties in January 2013. Prosecutors questioned Nanette Bolt, a loan official with Pentagon Federal Credit Union, and revealed that on McDonnell's application, the former governor did not list $120,000 in loans from Williams or from the trust which provided the checks, nor did he disclose his Star Scientific stock.

The former governor and his wife were attempting to refinance their private home, two beach homes and a residence in Wintergreen, Virginia.

But on Feb. 18, 2013, Bob McDonnell submitted revised loan application documents. On those documents were hand-written notes adding the Star Scientific stock and the loans from Williams.

Three days before the change the McDonnells discovered they were under investigation, after a Virginia State Police special agent interviewed Maureen McDonnell.

Bolt testified that McDonnell never mentioned to her that his wife had just been interviewed by investigators who asked about loans from Williams. Bolt also said she was not surprised to see the undocumented loans totaling $120,000 added to McDonnell's loan application on Feb. 18, 2013.

The prosecution's final witness was FBI Special Agent David Hulser, who showed the jury an elaborate, color-coded chart that summarized the records, phone calls and documents that investigators collected.

The evidence showed that the McDonnells' credit card debt grew from $74,000 when the governor was sworn in January 2010 to more than $90,000 by September 2010. The numbers are key as prosecutors allege financial distress was the driving factor behind the McDonnells accepting gifts from Williams.

Finally, the prosecution took aim at a key theme in the defense's case: That the McDonnells were not conspiring because their marriage was on the rocks, and that Maureen McDonnell had a crush on Williams.

Prosecutors pointed to phone records during 2011 and 2013 which showed Maureen McDonnell had 308 telephone conversations with her husband and only 167 with Williams during the same period.

Prosecutors revealed Wednesday that they are likely to rest their case Thursday. The defense plans to begin their case Monday.

Stay with News4 for more detail on this developing story.