Only four tornadoes had struck in Maryland during the month of February since 1950 — but five touched down on Friday, Feb. 7

The National Weather Service says Friday's outbreak of tornadoes across Maryland and Virginia was "unprecedented," with six twisters striking within one hour amid severe storms.

Such an outbreak is unusual, especially at this time of year, although they are becoming a bit more frequent, Storm Team4 Meteorologist Lauryn Ricketts said. 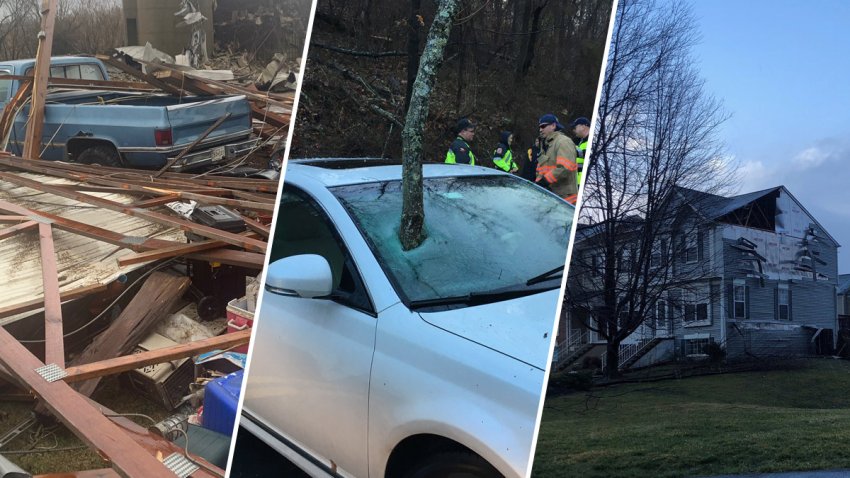 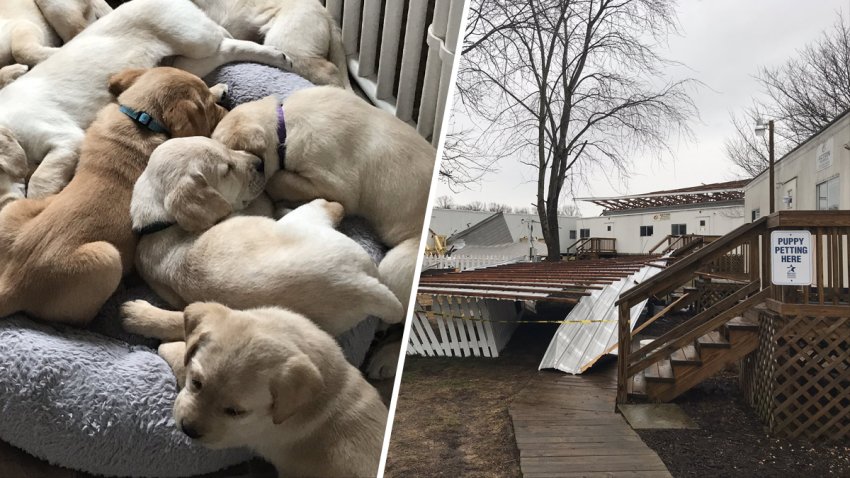 "We are generally waiting on snowstorms and temps on average in the 40s during the month of February," Ricketts said. In the D.C. area, almost no one expects humidity and temperatures in the fifties to near sixty at sunrise in February.

The storms hit during the morning commute, making it all the more fortunate that there were no fatalities. One person was injured in Southern Maryland, near Redgate, the National Weather Service reported.

All the tornadoes were determined to be EF-0 or EF-1, the National Weather Service says in preliminary reports.

Five tornadoes touched down across Maryland on Friday. Since 1950, only four tornadoes had struck in the state during February.

Another tornado touched down in Leesburg, Virginia.

Here's what the National Weather Service in Sterling, Virginia, has determined in preliminary reports about the tornadoes in the D.C. area (For information on the Cecil County tornado, go here).

The first tornado touched down in Leesburg, Virginia, about 7:20 a.m. It had a 250-meter path and traveled for 3.3-miles.

Residents reported the siding had been torn off their homes and trees were completely uprooted. But the National Weather Service says historic downtown Leesburg was largely spared from most damage, with the exception of some trees.

The worst damage was reported in the Exeter subdivision and north of Battlefield Parkway NE, where some large pine trees fell onto unoccupied cars.

It's estimated maximum wind speed topped out at 85 mph, putting it just short of EF1 classification.

A stronger, EF-1 tornado with estimated peak winds of 95 mph touched down near Dickerson, Maryland, in far west Montgomery County. The 150-yard wide tornado traveled for about a mile, snapping trees and ripping the roof off of a barn.

Meteorologists noted that this was a different tornado than the one that struck in Leesburg.

A large horse barn lost its roof while another barn nearby was flattened, the National Weather Service says.

In Boyds, Maryland, which is near Germantown, an EF0 with peak winds around 80 mph ran through a 2.3-mile stretch of land.

Mostly, the tornado hit in empty fields. But then it arrived at a service dog training facility and destroyed structures there.

No puppies or people were reported hurt. But Warrior Canine Connection is raising funds to repair its facilities.

The 105 mph estimated wind speeds that plagued anything in the 2.3-mile path of the tornado in Monrovia, Maryland, are the most intense from Friday's outbreak, according to preliminary reports.

A machine shed and a barn at the Burall Farm were completely flattened. Flying trees and branches also caused damage to several homes.

The EF1 tornado in Westminster and Manchester, Maryland, traveled over a 10.3-mile path, the longest recorded on Friday, according to preliminary reports.

The path of damage was intermittent. At first, it uprooted trees near downtown Westminster then tore roofing off homes. The twister lifted for about 4 miles before touching down again near Manchester, where several large trees were uprooted and a house was partially crushed by one tree.