Want to Keep Your Lottery Winnings a Secret? Buy in Maryland

A $450 million Powerball jackpot sounds wonderful, and if a winner is drawn Wednesday night, we'll know who the next millionaire will be.

In April 2012, three school employees stood side-by-side to collect their portion of a $656 million Mega Millions jackpot. The prize was the largest in U.S. lottery history, but you'll never know the winners' names.

Maryland is one of only six states that allows lottery winners to remain anonymous. "The Three Amigos" -- as they were called -- were obscured by their $218 million check. Even their hands were covered by gloves as they posed for a picture at the Maryland Lottery Office.

But would you want anyone to know you're pocketing a big prize? 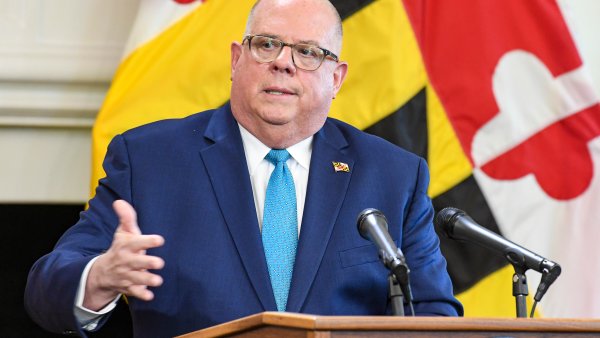 But she said allowing lottery winners to remain anonymous has always been the law in Maryland, adding that the option falls under a larger piece of legislation.

While Maryland has had its share of well-known winners, Everett said the decision to remain anonymous typically "depends on the size of the jackpot and the personality of the players."

But if you buy your winning ticket in Virginia or the District of Columbia, your name, hometown, prize amount, date of the win and the location where you purchased that lucky ticket are all a matter of public record.

According to the Virginia Lottery, a news release featuring the winner's photo can also be posted to their website and social media pages. Lottery officials say the law keeps the lottery honest, adding that seeing the winner encourages others to play.

Virginia winners can also be required to participate in a news conference.

Hagerty said the provisions are a part of the lottery law created 25 years ago when Virginia's lottery was established. He added that the agency can refuse to give out the home address, phone number and social security number of a winner, thanks to an exception in the Virginia Freedom of Information Act.

Hargerty said the office has never heard of one of their winners running into security concerns after collecting their winnings.

"If someone wins a large prize, we certainly advise them to take precaution," he said.

According to USA Today, other states, like Colorado, Connecticut and Vermont, do have limited anonymity rules that allow winners to collect their prize through a trust or limited liability company.