A number of people in Virginia claim a driveway paving company vanished before finishing the job.

Dave Nelson of Manassas said he has to remove crumbling asphalt from his driveway every day.

A company called Terrafirma Paving and Masonry randomly showed up at his house in unmarked trucks, Nelson said.

“He spoke a really good game and said that they've been doing this for 19 years, that they just finished my neighbor down the street and wanted me to know that they'll give me a good deal on the driveway,” he said. 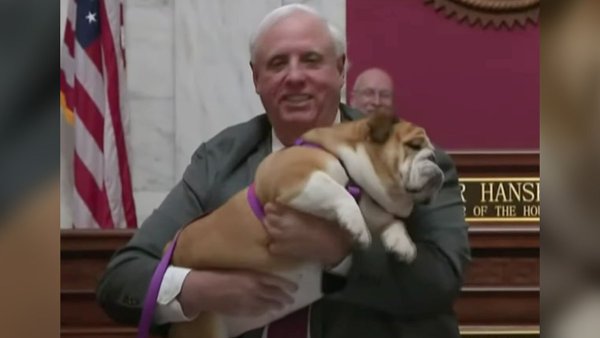 They agreed on $5,000, and the company would start the next day, Nelson said.

“I wanted to do my homework, so the first thing I did was check their Yelp reviews and their website,” he said.

But after his driveway was complete, Nelson wasn’t satisfied. The gravel was already coming loose, he said.

“He said it was because it's brand new and it needs to be run over a few times and it will smooth out,” Nelson said.

Uneasy about paying $5,000 cash, he said he took out his cellphone to record proof of the transaction.

“I started thinking I need some sort of record,” he said.

“He's ignored all my phone calls,” he said.

NBC4 Responds found Terrafirma doesn’t have a contractor’s license in Virginia as required by state law despite claiming to on its website. Nor do they have a solicitor’s license, which is also required by law.

The address listed on their contracts is a UPS store.

On Yelp, after scrolling down and clicking on “reviews not recommended by Yelp,” NBC4 Responds found nine one-star reviews along with five five-star reviews and a three-star review. A recent one said, “Take a drive through River Forest Drive in Manassas and you’ll see the unfinished work.”

There, NBC4 Responds found Tom Benedick and a big hole.

“They took that all out and put it in the street,” he said.

A pile of asphalt has been there for the past two months, Benedick said, who did not pay Terrafirma. After his driveway was torn up, no one returned to finish the work Benedick said.

Up the street, Ella O’Donnell said Terrafirma showed up at their door unexpectedly, gave them a deal to pave their driveway, then doubled the price on the day of the job.

“They wouldn't leave,” she said. “I felt very uncomfortable.”

Eventually they left without getting paid or doing the job. O'Donnell said her husband wrote the negative review about River Forest Drive on Yelp.

NBC4 Responds tried calling Terrafirma several times from different numbers. After leaving a voicemail the first time, the other calls went to this message: “At the subscriber's request, this phone does not accept incoming calls."

Before hiring a contractor, get recommendations and references and research the contractor for customer complaints; verify the business has proper licenses for the state and county; get three written estimates and ask if they use subcontractors; and keep records of all payments — never using cash.