The earthquake struck near Mineral, Virginia, requiring millions of dollars of repair to local schools and causing significant damage to the Washington Monument and Washington National Cathedral

A decade after a massive earthquake rendered Louisa County High School unusable, dozens gathered in front of the rebuilt school Monday for a ceremony of reflection.

At 1:51 p.m. on Aug. 23, 2011, a magnitude-5.8 earthquake that lasted less than a minute shook Mineral, Louisa, Bumpass and Cuckoo, causing millions of dollars of damage to schools, homes and businesses. There were no fatalities. 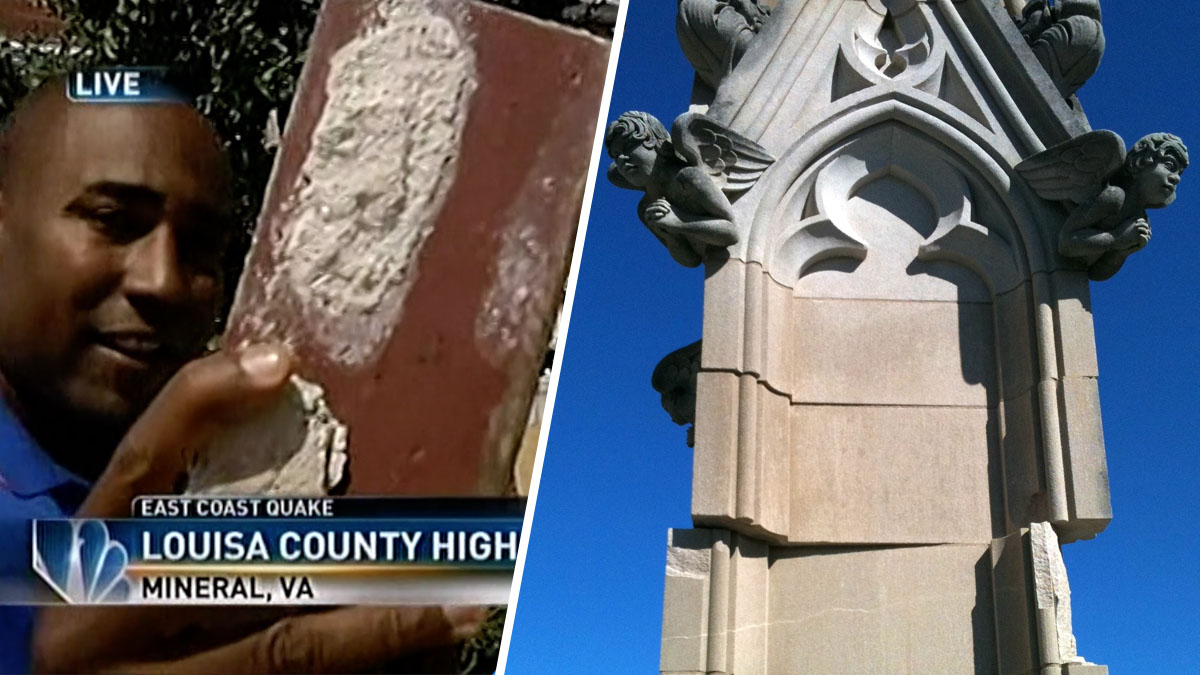 Remembering Hurricane Katrina: Before and After Images from New Orleans

The 73-year-old Louisa County High School and Thomas Jefferson Elementary School were badly damaged, leading to the need for new buildings and months of arduous labor and working out of logistics.

According to the U.S. Geological Survey, the earthquake was one of the most widely felt, stretching from Maine to Georgia, west to Cincinnati, Cleveland, Chicago and southeastern Canada — a broad area inhabited by one-third of the U.S. population. The total economic loss from the earthquake was estimated to be between $200 million and $300 million.

Despite the hardship that faced Louisa County a decade ago, a crowd of dozens appeared cheerful Monday as they sat in folding chairs outside the high school. Among the crowd were many people who helped the community through that difficult time, said Doug Straley, superintendent of Louisa County Public Schools.

“It was nothing short of a miracle that lives were not lost, and no serious injuries occurred that day,” Straley said. “Our school administrators and our teachers and our staff assisted students getting out of the building throughout our division, and many had to carry students and navigate them through the collapsed ceilings and burst pipes.”

Straley said he, and most other residents of Louisa County, recall that day in vivid detail. Despite such a short earthquake, the extent of the damage was felt for months, he said.

“It became very apparent that a miracle had occurred as we walked around the schools that evening to assess the damage,” he said. “Walls had moved more than a foot in Louisa County High School, and many have stated that the School Board and Board of Supervisors’ decision to rebuild one of the walls at the end of the building that was completed just months before the earthquake most likely kept the building from collapsing, probably saving the lives of many.”

In the wake of the destruction, an emergency committee was created to determine which tasks to address, in what order to address them and how to complete them. The School Board met on an almost-weekly basis to take care of legal and policy issues and get students back into class. County building inspectors and zoning officials worked with the schools to meet standards and get approvals.

Officials temporarily housed the high school in the middle school while building a temporary high school on the tennis courts and parking lot of the existing school. High school and middle school students alternated days and attended classes Saturdays for several months before the temporary school was ready. A modular-unit school was set up at Trevilians Elementary School for displaced Thomas Jefferson students.

“Perseverance is the hard work you do after you get tired of doing the hard work that you already did,” he said. “And if that doesn’t describe what happened in this county after the earthquake, I don’t know what does.”

Louisa County High School senior Alexis Downey said she was in second grade when the earthquake happened. On the playground at the time, she said her first thought was that the world was ending. However, Downey said the tough time has led to her and her classmates receiving access to more resources.

“We have a state-of-the-art high school with an amazing auditorium and gym, classrooms that have everything we need in a (career and technical education) program that provides industry-like experiences for students to get a job right out of high school,” she said. “I knew the day that I stepped into my second grade class pod up on Mobile Mountain in the Trevilians Elementary School soccer field less than a month later that nothing could stop Louisa County.”

Monday’s ceremony ended with the planting of a tree. Straley encouraged everyone involved with the ordeal a decade ago to shovel dirt onto the tree as a symbol of unity, growth, determination and hope.