How to Celebrate Veterans Day in the DC Area: Honoring Those Who Have Served

During war or peace, veterans have protected, defended and served our country. Celebrated on the anniversary of the end of World War I, Veterans Day honors the nation's men and women in uniform who have courageously sacrificed their lives on behalf of their country.

Here are some of the places in the D.C. area where residents can honor all veterans of the Armed Forces of the United States. 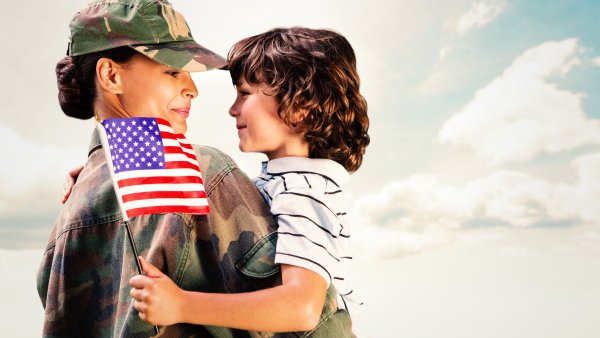 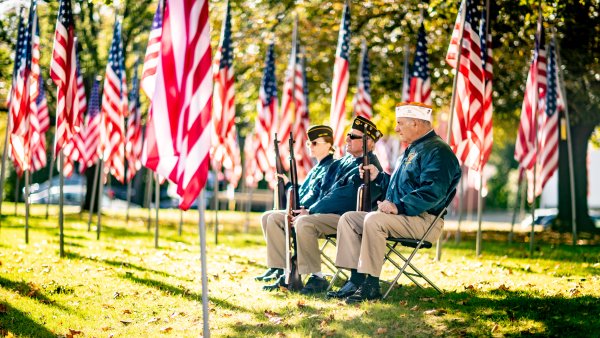 How to Celebrate Veterans Day in the DC Area: Honoring Those Who Have Served

The Veterans Day National Ceremony is held each year at the Arlington National Cemetery on Nov. 11 to honor the men and women who have served and continue to serve the United States Armed Forces. Veterans Affairs Secretary Denis McDonough and the U.S. Army Military District of Washington will conduct a Presidential Armed Forces Full Honor Wreath-Laying Ceremony at the Tomb of the Unknown Soldier, which celebrates its centennial anniversary this year. The event will be streamed online from 11 a.m. to 12 p.m.

The Tomb of the Unknown Soldier is also marking the 100th anniversary of its burial with a special procession evoking the original held in 1921.

The joint full honors procession and aerial review will begin at 9 a.m. Here's a map of the procession route.

The World War II Memorial will host a service at 9 a.m., followed at 10:30 a.m. by the World War I Memorial's first Veterans Day service since its unveiling in spring.

National Museum of the Marine Corps

The National Museum of the Marine Corps is honoring American service members through art. Veterans from all 50 states and branches of the military will be featured in large-scale watercolor portraits at the Museum’s "We the People: Portraits of Veterans in America" art exhibition. The exhibition will run through July 2022. Admission to the museum is free and can be visited from 9 a.m. to 5 p.m.

Celebrating one year since its opening, the National Museum of the United States Army is hosting special activities and programs for Veterans Day on Nov. 11. Visitors will be able to write special messages to veterans, look at soldiers’ equipment and hear from a museum history educator on veterans’ military service. The museum will also offer an outdoor flag display along the Path of Remembrance and the Unit Tribute Wall. Admission is free with a timed-entry ticket.

Museum of the Bible

From Nov. 11 to Nov. 18, the Museum of the Bible wants to honor and thank American veterans and active-duty military personnel for their service and sacrifice by offering veterans and their loved ones free admission to the museum. The museum is unveiling a new section of its “Bible in America” exhibit called “Service to the Nation,” where it will present military Bibles, artifacts and more.

The U.S. Navy Memorial will host its Veterans Day Wreath Laying on Nov. 11 at 1 p.m. to honor servicemen and women who have given the ultimate sacrifice for their country. The ceremony will feature speaker Master Sgt. Chris Willingham (Ret.), Kennel Master of the U.S. War Dogs Association. The event will be held in-person at Navy Memorial Plaza and online. Attendees must register to attend.

Nearly 12,000 military veterans’ names will be displayed at the Virginia War Memorial's latest exhibition, "Who They Were: Lives Worth Knowing." Opening on Veterans Day, the exhibition will highlight Virginian veterans who lost their lives in combat. By telling the stories of these veterans the memorial honors their lives and preserves their service. The memorial will host a Veterans Day ceremony at 11 a.m. and a movie screening of "Saving Private Ryan" at 7 p.m.