Veteran reporter and commentator Daniel Schorr, whose hard-hitting reporting for CBS got him on President Richard Nixon's notorious "enemies list" in the 1970s, has died. He was 93.

Schorr died Friday at a Washington hospital after a brief illness, said Anna Christopher, a spokeswoman for National Public Radio, where Schorr continued to work as a senior news analyst and commentator.

Schorr's career of more than six decades spanned the spectrum of journalism. He began in print, then moved to television where he spent 23 years with CBS News and ending with NPR. He also wrote several books, including his memoir, "Staying Tuned: A Life in Journalism." 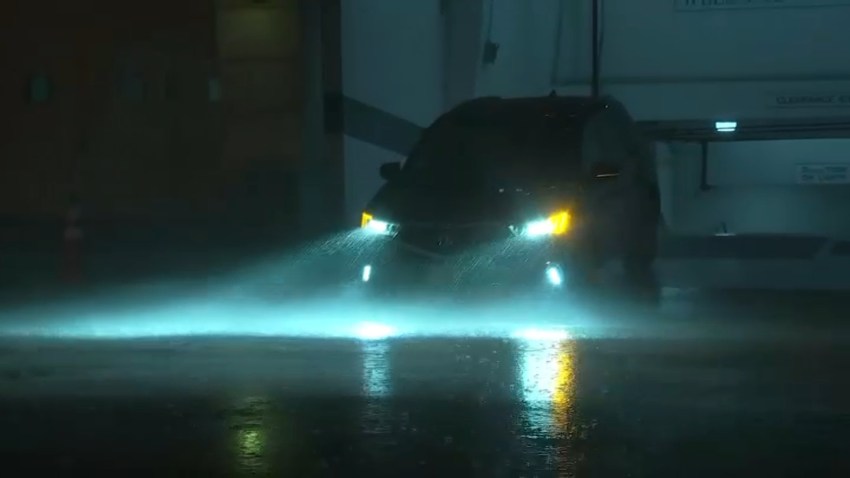 Schorr reported from Moscow; Havana; Bonn, Germany; and many other cities as a foreign correspondent. While at CBS, he brought Americans the first-ever exclusive television interview with a Soviet leader, Nikita Khrushchev, in 1957.

During the Nixon years, Schorr not only covered the news as CBS' chief Watergate correspondent, but he also became part of the story. Hoping to beat the competition, he rushed to the air with Nixon's famous "enemies list" and began reading the list of 20 to viewers before previewing it. As he got to No. 17, he discovered his name.

"I remember that my first thought was that I must go on reading without any pause, or gasp or look of wild surmise," he wrote in his book "Clearing the Air."

"I do not know how well I carried off my effort to appear oblivious to the discovery of my name on an ominous-looking list, but I count this as one of the most trying experiences in my television career."

Schorr's stories pointing out weaknesses of the administration's programs so angered Nixon that he ordered an FBI investigation of the reporter -- saying he was being considered for a top federal job. That investigation was later mentioned in one of the three articles of impeachment -- "abuse of a federal agency" -- adopted by the House Judiciary Committee against Nixon.

He said he figured he became such a thorn in Nixon's side because his newspaper background gave him bluntness rare on television and an antagonism to the "stage-craft, image-making and slogan-selling" that Nixon favored.

Schorr became part of the story once again in 1976, when he arranged for the publication of an advance copy of a suppressed House Intelligence Committee report on illegal CIA and FBI findings.

At the time, Schorr called it "an inescapable decision of journalistic conscience" to see that the report ended up in print.

To his surprise, reaction from his own colleagues in the media was negative, because Schorr had handed the report over in exchange for a donation to a group that aids journalists in First Amendment issues.

The idea of "selling any document is intolerable for a newsman whether it's for personal profit or for charity," Peter Lisagor, chief of the Chicago Daily News' Washington bureau, said at the time.

Many reporters also found Schorr's silence troubling when another CBS correspondent, Leslie Stahl, was wrongly accused of leaking the report.

Schorr was suspended by the network and the House opened an investigation of him, though it later dropped the case. He resigned from CBS soon after that.

Well into his 90s, he was still giving commentaries on NPR. Pondering the November 2009 shootings at Fort Hood, Texas, he cited the online contacts between the suspect, Maj. Nidal Hasan, and a radical cleric. He asked, "Does the Internet merit some of the responsibility for helping the violence-prone to fester there in communion with the machine?"

In an interview with Niteside last month, Schorr expressed disappointment with the current state of journalism -- not allowing people to make up their own minds about issues.

"I would like to see a different kind of arrangement in which you could provide information and then say, 'Here is the basic information. Now, go to a real journalist to try to find out what it means,'" he said. "What a real journalist is is one who has given thought to it, not just giving headlines."

Schorr first caught the eye of famed CBS newsman Edward R. Murrow during his vivid reports on devastating flooding in the Netherlands in 1953. Murrow persuaded him to join the network, where he started out covering Capitol Hill and the State Department beats.

After CBS, Schorr taught journalism at the University of California at Berkeley, and then in 1979 he joined Ted Turner's newly created CNN as its senior correspondent in Washington.

Soon after leaving the cable station in 1985 over differences with Turner, Schorr found a home at National Public Radio as a senior news analyst. He contributed regularly to "All Things Considered" and other NPR programs.