A judge cleared them of criminal charges, but now the U.S. Department of the Interior has informed them that they're being let go.

Four years after a 25-year-old Virginia man was shot and killed by U.S. Park Police after he left the scene of a minor traffic collision, two officers involved in his death have been told they’re being fired.

Last month, a federal judge found that officers Alejandro Amaya and Lucas Vinyard had acted within the law in the 2017 shooting of Bijan Ghaisar, which took place in Fairfax County. Amaya and Vinyard have been on paid administrative status since Ghaisar’s killing on November 17, 2017.

But as family and friends assembled last week to mark four years since Ghaisar’s death, the U.S. Department of the Interior notified the officers that they were being fired. 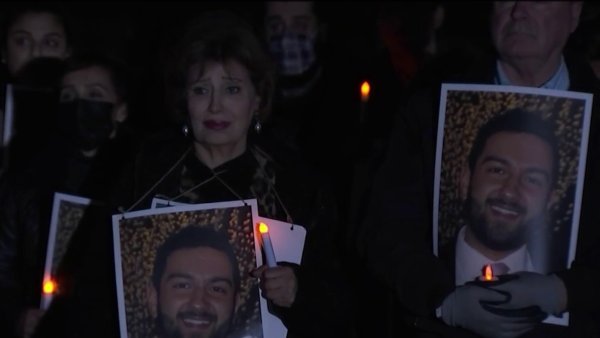 Before he died, Ghaisar had left the scene of a minor collision after his Jeep was bumped from behind near Reagan National Airport. Officers pursued him down GW Parkway, and during a third attempt to stop him, in the Fort Hunt area, they fired into the Jeep.

Last month, a judge ruled that the federal officers were immune from local criminal prosecution and acted within the scope of their job. Prosecutors said they’ll appeal.

U.S. Park Police had said that their internal investigation would not begin until after the criminal case ended. But Kenneth Spencer, the chair of the Park Police Fraternal Order of Police, said no investigation was conducted prior to the firing notice.

“It is extremely disappointing that the Administration has taken such a hardline and illegal anti-labor position,” Spencer said. “In the coming weeks, the U.S. Park Police Fraternal Order of Police will be coordinating our response with all of our union brothers and sisters.”

At last week’s vigil, the Ghaisar family restated their hope that the officers would be criminally prosecuted for the shooting. They also released a new statement on the firings.

“We strongly support this modest measure of accountability that will remove these dangerous officers from the United States Park Police and prevent them from patrolling the streets of our community, and hopefully, avoid another tragedy,” it read.

Depending on the circumstances, federal workers can appeal their firing through what’s known as the Merit Systems Protection Board. It’s similar to a courtroom trial, and can be a lengthy process.

The U.S. Department of the Interior issued a statement Tuesday night saying it has no comment on the ongoing administrative matter.