Uber drivers in D.C. got training in human trafficking prevention Tuesday, which is World Day Against Trafficking in Persons.

Uber drivers across the country are learning how to identify a victim of human trafficking.

“They may be in danger, which puts us at risk, so we need to know how to be safe,” driver Burdette Bridgers-Brown said.

Coronavirus in DC, Maryland, Virginia: What to Know on May 9 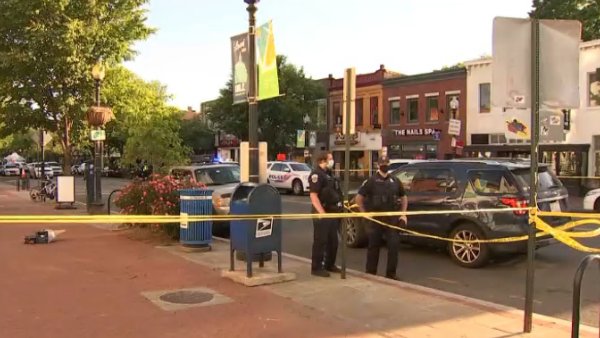 There are warning signs to look for in a victim.

“Does somebody look malnourished, like they don’t want to be there?” said Elaine McCartin of the nonprofit Polaris Project, which fights human trafficking and runs the national hotline. “Is somebody treating them in a way that seems like a controlling manner?”

McCartin wants more businesses to do what Uber is doing.

“The entire public sector needs to be involved in this fight,” she said. “When it comes to human trafficking, we’re looking at a $150 billion global crime, so we need the resources.”

The International Labour Organization estimates more than 40 million victims are in modern slavery.

A few years ago, an Uber driver in California spotted a passenger he thought was a victim of human trafficking and did the right thing, according to Uber law enforcement liaison Wade Stormer.

“Her pimps were in the back of car with her, and they were grooming her, so to speak, and teaching her what to do, and Keith was memorizing what he heard, memorizing where he dropped them off, and then he made the phone call afterward to law enforcement,” Stormer said.

That call led to three people being arrested.