A trucker convoy protesting COVID-related mandates was heading back to the Capital Beltway on Monday before some participants planned to travel to Capitol Hill to meet with lawmakers.

The group, which calls itself the People's Convoy, began its cross-country journey last month in California.

On Sunday, supporters could be seen on highway overpasses cheering on the convoy as it left its staging area at Hagerstown Speedway in Maryland. The impact on traffic was minimal as truckers did two laps around the Beltway, then disbursed.

Late Monday morning, the group again began to leave their Hagerstown staging area on their way to the Beltway. Supports honked horns and waved flags in encouragement.

"Everyone here know this is about being peaceful, law-abiding, movement of our First Amendment rights to assemble," said Ron Coleman, owner of Grey Wolf Transportation, who said he was one of the first truckers to join the group back in Nevada.

Coleman said initially the goal was to bring an end to COVID restrictions, but now that most of them have been lifted, he said it's about making sure they are not reinstated.

"It is those emergency powers that give them the power of creating the mandates — that is the issue," Coleman said. 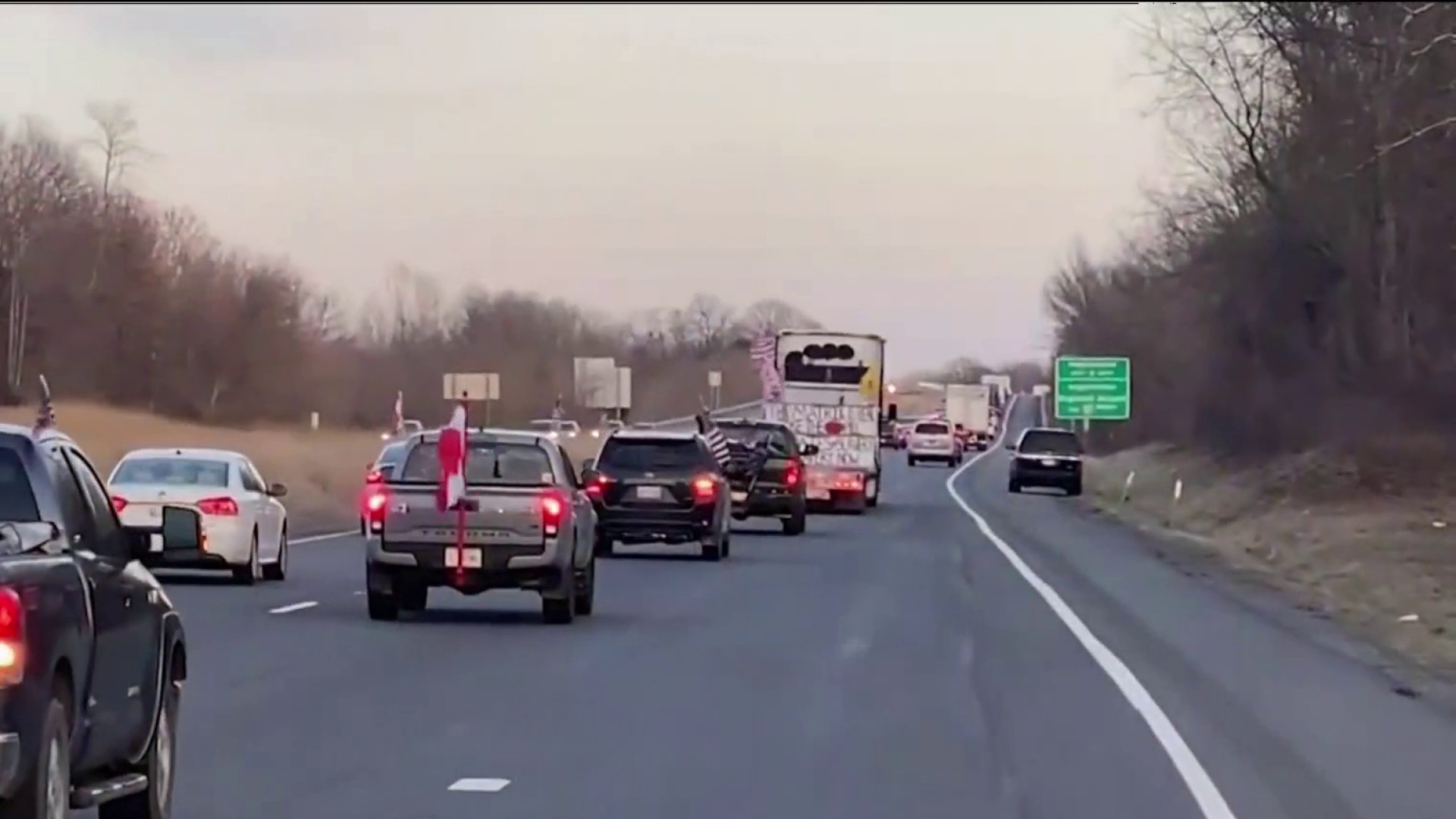 D.C. leaders have told people to be prepared for the possibility of more convoys and disruptions this week. Officials have asked residents to be patient and say they respect the rights of people to protest.

"What we won’t tolerate are people who come into the city and either break our laws or do things to significantly disrupt our residents and businesses and their ability to move around the city," said D.C. Department of Homeland Security Director Chris Rodriguez.

Maryland state troopers said they were ready to deal with extra traffic Monday.

D.C. officials had requested to keep 700 National Guard troops in the District through Wednesday for traffic control. That request was approved.