Electric company Dominion Energy is partnering with other power companies to provide more charging stations for electric cars nationwide. The stations will run through interstate highways throughout the country, including the District.

The move toward electric cars, along with charging stations to make them more feasible, gives a glimpse of what’s to come.

”It’s the future, it's definitely the future,” said Fairfax County resident Riat Gray. “It’s easy, there are no parts. Like, there’s no engine.”

Dominion Energy said it wants to capitalize on the new push for electric vehicles. The first new charging stations should be along roads like I-95 and I-81 by the end of the year.

“If you have an electric vehicle, you’re not going to think about, ‘Oh, do I want a Dominion Energy charging station or Duke Energy?’ No, you just need your car charged,” said Peggy Fox, Dominion Energy’s Northern Virginia spokesperson.

According to the Edison Electric Institute, there were about a million electric vehicles in the U.S. in 2018. But by 2025, that number is expected to explode to more than 18 million. 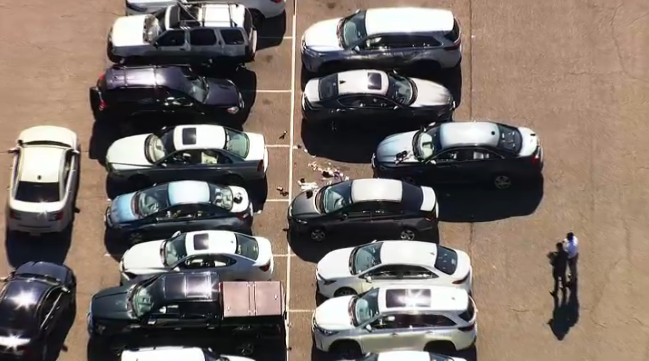 As for Gray, he believes he’s doing his part to reduce his carbon footprint every time he drives.

“That’s the most important thing, you know, there’s no waste, no extra parts,” Gray said. “It’s literally a battery and just four wheels.”