Metro will continue to run limited service through the end of the month and has no timeline to return more than half of its train cars to service as federal investigators look into a derailment on the Blue Line.

Through at least Oct. 31, Metro riders can expect this service to continue:

Metro General Manager Paul Wiedefeld says the agency is working to restore full metro service but doesn’t have a specific timeline yet on when 7000 series trains can safely go back on the tracks.

Metro took all 7000 series cars off the tracks after the derailment. There were no injuries.

Metro General Manager Paul Wiedefeld says the agency is working to restore full service but doesn’t have a specific timeline yet on when 7000 series trains can safely go back on the tracks. 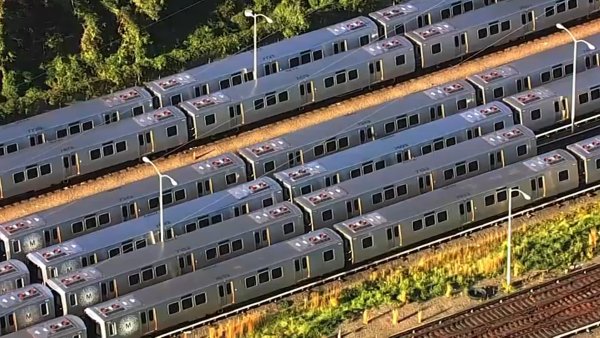 Metro to Give Riders Stuck on Derailed Train $21 System Credit

“It's too early to give a timeline,” Wiedefeld said, acknowledging hardship to passengers. “What the timeline is going to be driven by is safety.”

Riders are encouraged to use Metrobus and other bus routes when possible.

The service disruptions are another obstacle toward Metro's goal of bringing commuters back after the pandemic made ridership plummet.

What's Needed to Get 7000 Series Cars Back in Service?

Metro says it is currently working with safety partners and the manufacturer of the 7000 series cars, Kawasaki, to “inspect every wheel.”

The 7000 series cars will have to be processed and undergo the new inspection process before returning to service.

Wiedefeld said he wouldn't comment on the specific cause of the derailment because a federal investigation by the National Transportation Safety Board is ongoing.

Some older Metrorail cars were set to go back into service soon as inspections into potentially faulty 7000 series railcars continue, NBC Washington reported.

"We're putting as much manpower there to get those to the standard that they need to be to run the service," Wiedefeld said Friday. "We will put those out as quickly as we can."

D.C. Mayor Muriel Bowser, who was once on Metro's board, said Thursday she's keeping an eye on inspections of the troubled 7000 series railcars.

"I know the inspections are happening at the rate they're supposed to happen and I’m hopeful that the cars that have been taken out of service for inspection will be back in service very soon,” Bowser said.