The Virginia Department of Transportation shared the video on Twitter to raise awareness about the dangers of road rage.

A disturbing case of road rage along the Beltway in Northern Virginia was captured on dash camera, showing the moment a driver tries to run another out of a lane at full speed, almost creating a catastrophic crash.

The incident happened on Tuesday morning, just after 9 a.m. along the inner loop of the Beltway in the Tysons area headed toward the American Legion Memorial Bridge.

It all started when the driver of a Chrysler sedan appeared to put the brakes on intentionally to get a pickup truck behind to stop following.

But what follows at full highway speed is almost hard to watch. 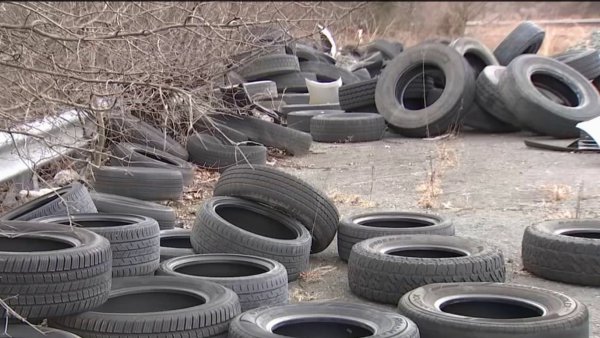 Illegal Dumping of Used Tires on the Rise in DMV

The driver of the pickup decides to head left onto the narrow shoulder, pull up alongside the Chrysler, and then, with no regard for the other cars around, tries to push the Chrysler out of the lane.

Luckily, there is no collision and no other cars are involved.

The video was posted to Reddit by user Sudodaemon, but the Virginia Department of Transportation’s Ellen Kamilakis posted it on Twitter to raise awareness about the dangers of road rage.

”I look at that and I think about all of the horrible things that could be going wrong in a scenario like that," Kamilakis said. "Working the other end of the spectrum after these crashes happen and knowing the outcomes of them, I can’t look at a video like this and not think to myself, how many of these cars have children in it? How many of these cars have elderly people?"

“But the very first thing that I saw was when the driver went off onto the shoulder. It is not uncommon for drivers and our safety service patrols to be on the shoulders assisting people with tire changes, with a breakdown of some kind," Kamilakis said.

Virginia State Police said because there was no victim and no damage, they won’t follow up with an investigation.

But the lesson stands: It wouldn’t have taken much more to make the situation much worse, and a fleeting moment of road rage is never worth it.