The crash is still under investigation, but police have ruled out alcohol as a factor in the crash

A 2-year-old girl rescued from a Maryland bay after a five-vehicle crash on a bridge has been released from a hospital and is expected to make a full recovery, according to authorities.

Ocean City police spokesperson Ashley Miller said Tuesday that the girl was released Monday night and is now home with her family.

The girl was thrown from a pickup truck on the Route 90 bridge in Ocean City on Sunday and landed in Assawoman Bay while still in her car seat, the town said in a statement. 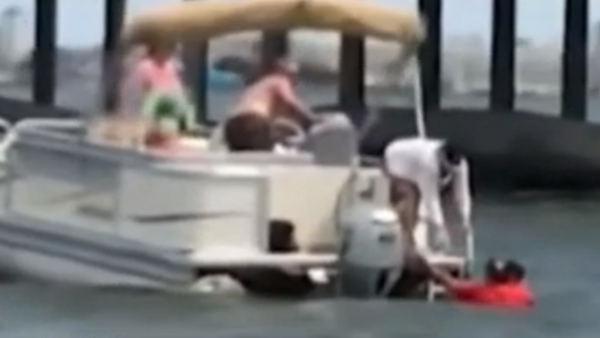 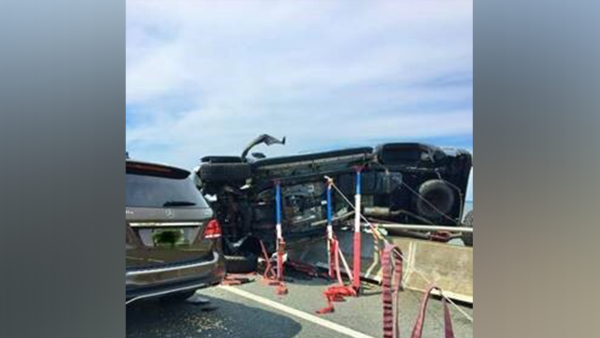 Authorities called to the scene discovered the truck hanging off the side of the bridge.

Alayna Oertel, 14, told news outlets that she saw the truck while out on the bay with her family. Her father, Joe Oertel, took the wheel of their boat and she pulled out life vests.

They found a man in a red shirt in the water waving his hands and holding a child. Officials said the man, who wants to remain anonymous, had jumped over a highway guardrail to save the girl.

Joe Oertel said he was surprised that the man wasn’t hurt since the water is only a few feet deep in the area where he jumped in.

The child and seven other people were transported to hospitals on May 2, 2021.

“He was jumping into the unknown as well, you know, he just saw a baby and went. That’s remarkable. That’s a hero there,” Joe Oertel said. He says the rescuer was in “tremendous shock.”

Once the pair was onboard, the Oertels rushed them to paramedics on shore.

“The little girl did not say anything, but she was coughing and she was crying, so that was a good sign,” Alayna Oertel said.

The girl was flown to a Baltimore hospital and another seven people were treated at hospitals and released.

The crash is still under investigation, but police have ruled out alcohol as a factor in the crash, Miller said.