The thieves pose as customers, asking questions about high-end frames before making their move. They then take not just one or two, but dozens of pairs.

Three local stores that sell glasses frames were targeted in robberies during the month of January, and authorities say they are looking into the possibility that the crimes are related.

The thefts happened in broad daylight during business hours, and appear to have all taken place at small stores selling expensive frames. They were also all caught on video.

The spree began with a smash-and-grab at EyeSee Optique in Arlington, Virginia, on Jan. 11, when five suspects took hammers to the cases and filled bags with Cartier, Dior and Gucci frames - about $60,000 of merchandise. 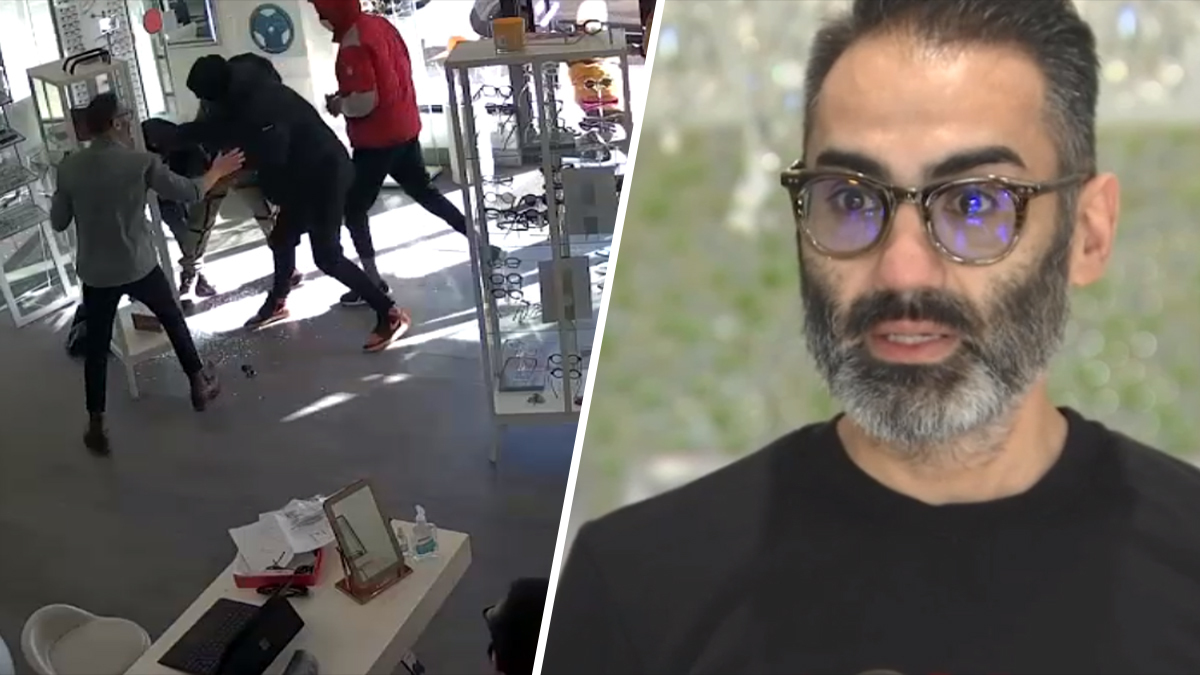 Bauer’s Optical in Alexandria, Virginia, was hit on Jan. 20, and four days later, so was MyEyeDr in D.C.

The thieves pose as customers, asking questions about high-end frames before making their move. They then take not just one or two, but dozens of pairs.

Jackie Vaughan was working at Bauer’s Optical when it was robbed.

“So at this time I noticed a gentleman looking around at the frames. One of the taller gentlemen pulled a hammer out, looked at his friend, they gave each other a nod, and then they proceeded to smash our display… and proceeded to steal our frames,” she said. “I was a little taken aback by it. You know, that’s never happened to me before.”

It was over in a flash. Shards of glass were on the floor and 40 eyeglass frames were gone, totaling a $17,000 loss.

"So this is stuff that they can probably move easily on the street. But the key here, when they walked in, was asking for Cartier,” owner Larry Bauer said.

For a small store, these kinds of thefts represent a real hardship.