"I know that J'Lyn was strong because her last act of strength on this earth was to ensure that her daughter was born," one woman said at the vigil

Family and friends gathered Sunday for a vigil to remember the 18-year-old pregnant woman shot and killed in Capitol Heights. Three people have been arrested and charged in the killing, including a man believed to be the father of the baby delivered during an emergency surgery.

J’Lyn Quinones, 18, and a second woman were shot on Tuesday afternoon as they crossed Quinn Street toward Southern Avenue in the unincorporated section of Capitol Heights, Maryland, police said.

The suspects are 21-year-old Malik Johnson and his brother, 22-year-old Michael Johnson, of Southeast D.C. The third suspect is 23-year-old Bianca McDuffie of Southwest D.C. 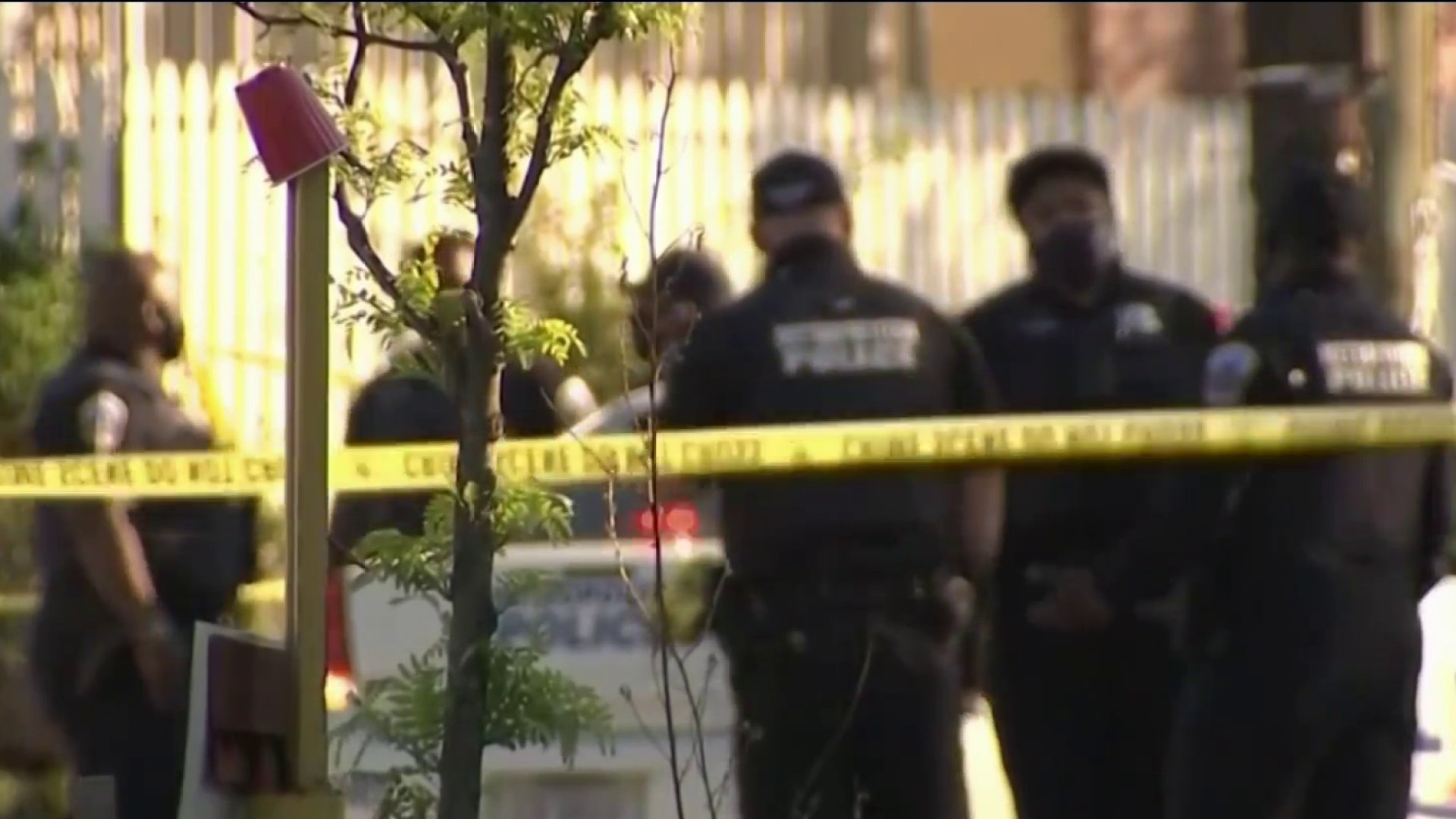 "Violence has increased in Prince George's County, and in Washington, D.C. And we have to do something about it, especially on young women," Quinones' mother said at the vigil.

According to Prince George’s County police, detectives said Michael Johnson had been involved with Quinones and is believed to be the baby’s father. They identified his brother, Malik Johnson, as the shooter.

Michael Johnson and McDuffie are charged with accessory after first degree murder for helping Malik Johnson evade arrest after the shooting. All three suspects were located at McDuffie’s home. They are in custody in D.C. pending extradition to Prince George’s County, police said.

A family spokesperson said they did not know any of the suspects charged in connection with Quinones' killing.

Eighteen-year-old J'Lyn Quinones was shot and killed Tuesday. Her baby was delivered via emergency c-section, and the infant's father is among those arrested for her killing.

Quinones and a second victim were rushed for medical treatment after they were shot, police said. Quinones’ baby was delivered during emergency surgery, but Quinones died of her injuries a short time after arriving at the hospital.

"Her baby remains hospitalized and is expected to survive,” police said.

The second woman did not suffer life-threatening injuries.

"I know that J'Lyn was strong because her last act of strength on this earth was to ensure that her daughter was born," another woman said at the vigil.

The motive for the fatal shooting is still under investigation.

"I'm grateful I do have another angel in the sky looking over me," Quinones' cousin said as she chocked back tears at the vigil. "I just wish I had a little bit more time with her."