More than 200 wild ponies are set to swim across the Assateague Channel on Wednesday during the annual Chincoteague Pony Swim on Virginia's Eastern Shore.

The ponies were expected to start their swim Wednesday morning, although the schedule has been pushed back to about midday, DelawareOnline reported. The annual swim and pony auction draw thousands of spectators.

Each year, volunteers on horseback called the "Saltwater Cowboys" round up about 150 adult wild ponies and the 60-70 foals that were born in the spring, according to Chincoteague.com. The cowboys then guide the ponies across the channel from Assateague Island to Chincoteague Island, where most of the foals then are auctioned off.

The auction helps control the size of the wild herd, organizers say.

The adult ponies will make their return swim to Assateague Island on Friday.

Some years, a few foals are designated as "buyback" ponies that will return to Assateague Island to live in the wild. Those ponies are auctioned with the rest of the foals, but are donated back to the fire company that owns the herd and are returned to the wild.

The auction also serves as a fundraiser for the Chincoteague Volunteer Fire Company. The fire company uses some of the proceeds to provide vet care for the ponies throughout the year. Proceeds from the sale of one foal each year go to a regional charity. 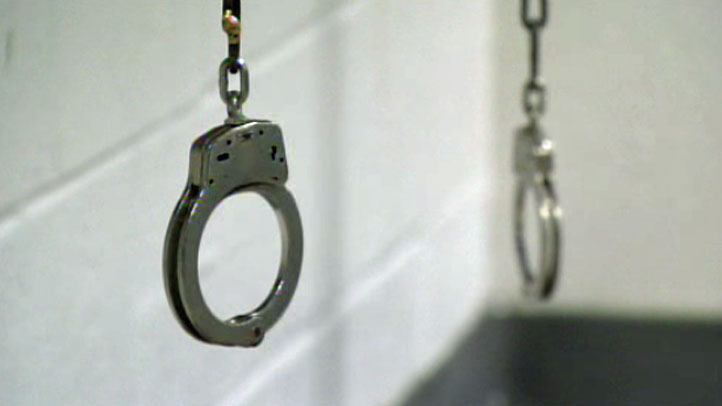 Denise Bowden, a spokeswoman for the Chincoteague Volunteer Fire Company, said Wednesday's swim was still scheduled despite storms in the forecast.

The first foal to come ashore will be named King or Queen Neptune. He or she will be given away in a raffle drawing later in the day.

Following the swim, the ponies will rest for about 45 minutes, and then will "parade" down Main Street to the carnival grounds, where the auction is scheduled for Thursday morning.

The Pony Swim is going into its 93rd year.