Gerald Brevard III Accused in Series of Attacks on Homeless People: What to Know

A man suspected of shooting five homeless men in Washington, D.C., and New York City was arrested early Tuesday following a multistate manhunt, the Metropolitan Police Department said. Two of the victims were killed, including a man found dead inside a burning tent in Northeast D.C.

The Bureau of Alcohol, Tobacco, Firearms and Explosives (ATF) Washington Field Division said agents took the suspect into custody along Pennsylvania Avenue SE in the District overnight. He was being interviewed by homicide branch officers, D.C. police said. Detectives from New York came to D.C. and are participating in the interviews.

Gerald Brevard III, 30, was found after tips were reported to police in D.C. and New York, including information on the suspect's name, our sister station NBC New York reported, citing a law enforcement official.

Officers identified Brevard as a suspect in part using an anonymous tip, a photo the suspect posted on social media in which he appeared to be in D.C. and an image that appeared to show him at an ATM at Union Station, Contee said. He said he was "very confident" that investigators have enough to charge Brevard, despite not having found a gun.

Video shows authorities putting Brevard under arrest at a gas station in Southeast D.C. about 3 a.m. Two vehicles light up, a man stumbles into the camera's view, then gets on the ground as law enforcement agents approach, the footage shows. 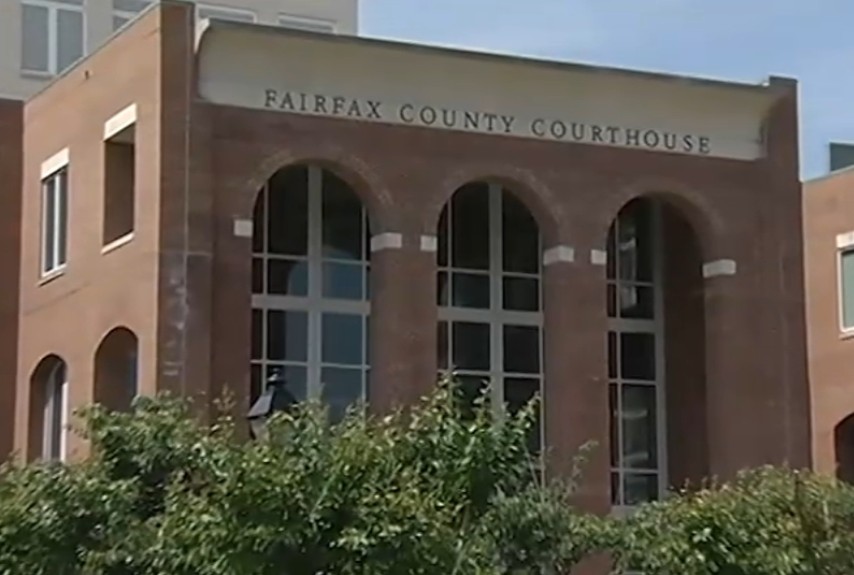 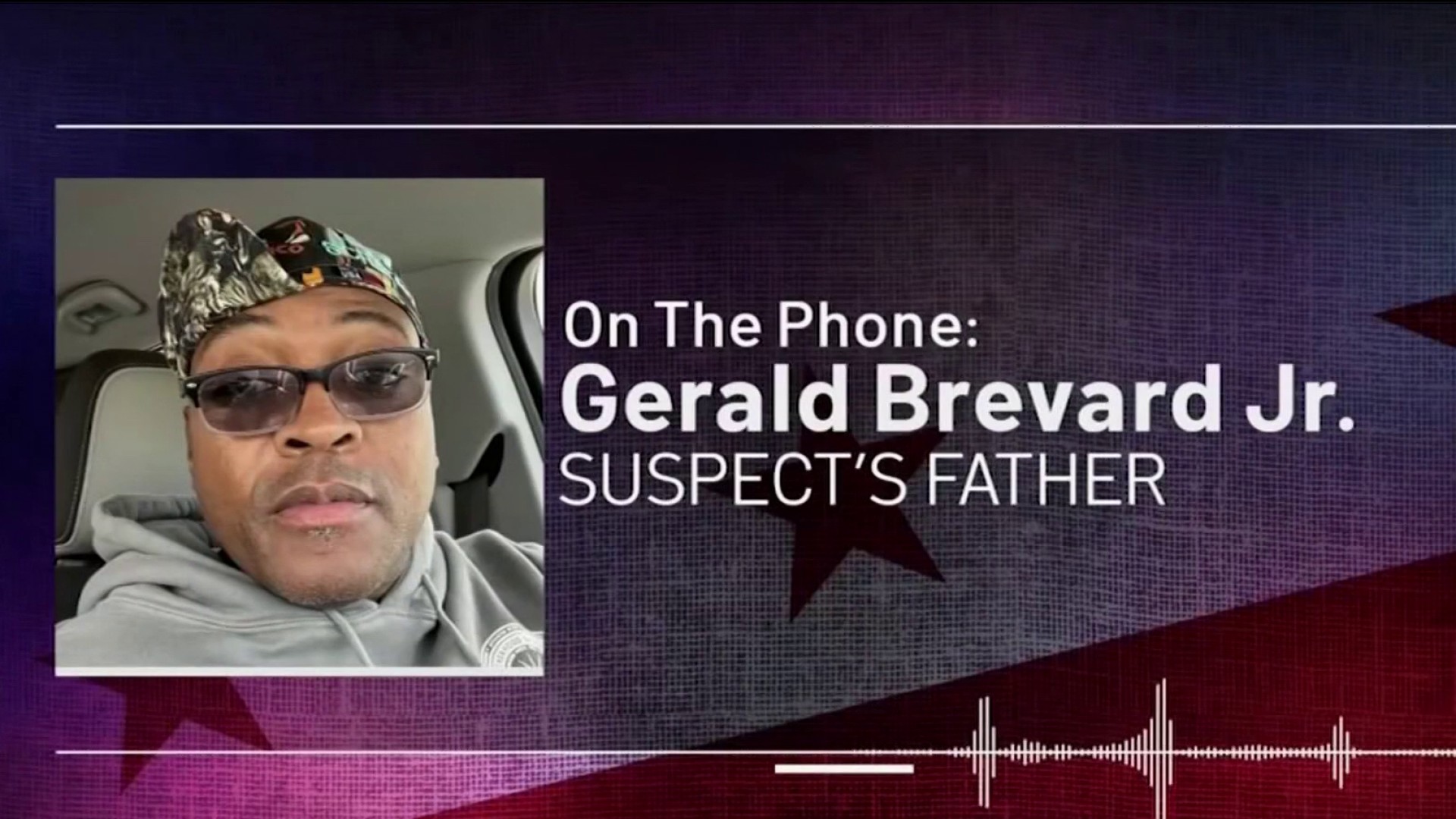 The shootings occurred in Northeast D.C. and lower Manhattan. Three men, all believed to be experiencing homelessness, were found shot in Northeast D.C. earlier this month. One victim was found in a burning tent, having been shot and stabbed to death, according to D.C. police. In New York City, police believe the same man shot two homeless men on Saturday, killing one man.

New York police said multiple tips to MPD and NYPD were instrumental in apprehending the suspect.

New York police announced the arrest and said the investigation is ongoing.

D.C. police said the description of the suspect in custody matched several up-close photos shown during a news conference in the District Monday evening. Authorities wouldn't say when or where the photos were taken but said they were recent.

The suspect did not have a weapon on him when he was arrested but was wearing clothes similar to those worn by a suspect who shot victims in Manhattan on Sunday, a law enforcement official told NBC New York. D.C. police are executing search warrants but haven’t recovered the gun, New York police said.

Brevard had previous contact with the D.C. Department of Behavioral Health, Director Dr. Barbara Bazron said at the news conference Tuesday. He was enrolled at a service agency in 2018 and was a patient at St. Elizabeths Hospital, the District’s public psychiatric facility, the following year, she said. He underwent a competency assessment at St. Elizabeths related to criminal charges and was found to be competent, she said.

Bervard's father told News4 that his son was failed by the justice system that allowed his mental illness to go untreated despite his multiple encounters with law enforcement.

A man accused of shooting five homeless men in the District and New York was arrested at a gas station in Southeast D.C. News4's Justin Finch reports.

'We're Coming for You': DC, NY Officials Worked Together to Find Suspect

D.C. Mayor Muriel Bowser and New York Mayor Eric Adams pleaded for the public's help during a news conference Monday and condemned the suspect as a "depraved" person who targeted vulnerable people.

"This is a cold-blooded attack. When you look at the premeditative action of this shooter, it sends a clear and loud message that we need the help from the public," Adams said.

"Turn yourself in. We're coming for you. That's the bottom line. Our reach is far and wide," Contee, D.C.'s police chief, said when asked what he would say to the suspect.

Video distributed by D.C. police Monday morning shows the suspect. A bald man can be seen striding along the 400 block of New York Avenue NE.

D.C. and New York police also released photos of the suspect on Sunday.

Contee said the two departments linked their homicide cases to one suspect after an MPD captain from Queens, New York, happened to be scrolling social media when he saw an image of the suspect in the killing there and realized it was the same man sought in the D.C. shootings.

Ballistics evidence showed the same gun was used in both the D.C. and New York killings, Contee said. So far, ballistics have not tied the gun to any killings in other parts of the country, he said.

Law enforcement sources told NBC Washington that police in Philadelphia ruled out this suspect in the December shootings of two people at a homeless encampment in the Kensington neighborhood.

On March 9, an officer was in the area of the 400 block of New York Avenue NE at about 2:55 a.m. when he saw a fire, police said. After D.C. Fire and EMS responders put out the blaze, authorities said they found the remains of a man.

“As a result of an autopsy, the Office of the Chief Medical Examiner determined that the cause of death was multiple stab and gunshot wounds,” D.C. police said.

Contee called the attacks "vicious" and "cowardly" acts, and said that the department was committed to bringing the gunman to justice.

Two homeless men were shot in New York City on Saturday, killing one of the men, our sister station NBC New York reports.

The first shooting occurred at about 4:30 a.m. on King Street near Varick Street in Manhattan. A 38-year-old man was shot in the arm while sleeping, police said.

At about 5 p.m., police responded to a 911 call reporting that a man had been shot in the head and neck. He was pronounced dead at the scene. Witnesses later reported hearing gunshots hours earlier, at about 6 a.m.

The suspect appeared to have intentionally approached the men and shot them. One victim was sleeping in a sleeping bag when he was shot, police said.

According to police, security video showed the suspect, wearing all black and a black ski mask, approaching and shooting the man in the sleeping bag about 10 blocks away and 90 minutes after the first attack.

The death of a third man on Sunday was initially thought to be connected to the other attacks. NYPD officials familiar with the case later told NBC New York they do not believe the man’s death was related. An investigation found no evidence of a gunshot or stabbing, they said.

"We need to find this person, and we need New Yorkers to help us," he said.

Adams said a task force composed of police officers and a homeless outreach team would focus on finding unhoused people in the subways and other locations and would urge them to seek refuge at city-owned shelters.

The attacks were reminiscent of the beating deaths of four homeless men as they slept on the streets in New York’s Chinatown in the fall of 2019. Another homeless man, Randy Santos, has pleaded not guilty to murder charges in those attacks.