D.C. police are searching for three people: the shooter, a man seen beating the victim and a woman seen picking up a gun

Stunning surveillance video shows the moment a man opened fire inside a crowded D.C. restaurant, shooting someone several times and sending others scrambling for cover.

The victim was treated for life-threatening injuries from the shooting early the morning of Jan. 27, inside the H Street NE Ethiopian restaurant Quara.

D.C. police are searching for three people: the shooter, a man seen beating the victim and a woman seen picking up a gun. Surveillance footage shows all three people. 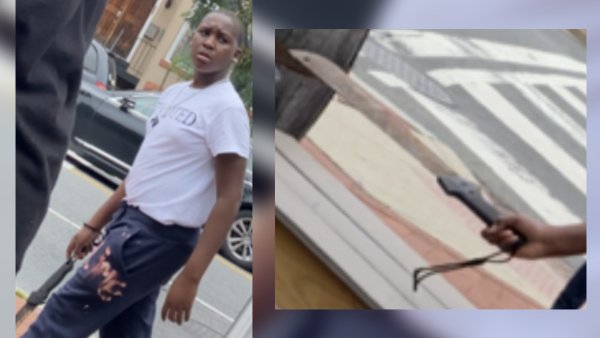 Footage released Tuesday morning shows a man in a hooded sweatshirt and hat yelling in a crowd. Then, he points a gun and fires four times. He lunges at the apparent target and runs toward them.

Then, a man in a dark-colored coat jumps onto the shooting victim. He throws a bar stool onto the man, who's already on the ground. Blood can be seen on the tile.

The woman then can be seen picking up a handgun, putting it into her backpack and walking out.

The victim was taken to a hospital with multiple gunshot wounds.

The restaurant was shut down for 96 hours, a police spokesman said.

Police are asking for help from the public in the case, which is classified as an assault with intent to kill.