The arrest at Eastern Senior High School occurred the same day an 18-year-old student was found to have a “ghost gun,” in an unrelated case

A student was arrested on murder charges Tuesday at Eastern Senior High School in D.C.

The 15-year-old, whose name was not released, is accused in the fatal shooting of a 23-year-old man in October on Virginia’s Eastern Shore.

Nicholas Kyle Joseph died Oct. 14 after he was shot multiple times in a vehicle the previous afternoon in Onancock, Virginia.

The 15-year-old and a 17-year-old are each charged with first- and second-degree murder and use of a firearm while committing a robbery.

The 15-year-old was living in Virginia at the time of the killing, sources told News4. He moved and enrolled at Eastern High in early November.

The arrest at the Northeast D.C. school occurred the same day an 18-year-old student was found to have a “ghost gun,” in an unrelated case.

“I want parents to know that safety of our students and staff is always paramount,” he said. “We followed our protocols to ensure that all of our students were safe and any arrests that needed to be made were done without disruption of the day.” 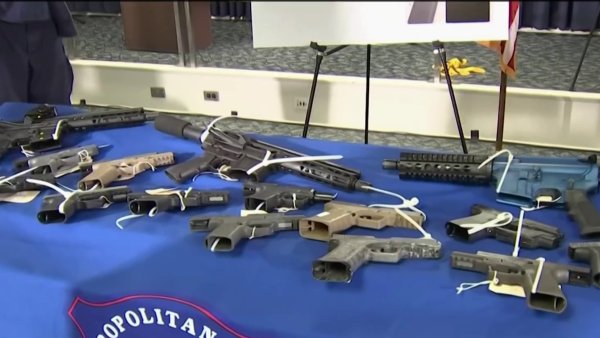 The 15-year-old was arrested on an adult warrant. He appeared in D.C. court on Wednesday and agreed to be extradited to Virginia in the days ahead.