Jeremy Vajko spoke with News4 about the dropped charges after D.C.'s mayor and police chief said federal prosecutors are failing to charge "outside agitators"

A man who was arrested for driving a van into a crowd of protesters near Black Lives Matter Plaza over the weekend was released and faces no charges.

Jeremy Vajko, 27, was arrested by D.C. police on a reckless driving charge. Video shows an officer ordering him to stop the van he said he’s used to support protesters in cities including Kenosha, Wisconsin.

Vajko told News4 he’s a “street medic” and was stunned to hear police accuse him of trying to hurt the people he drove from Washington state to help. No injuries were reported.

“I had an EMT and a medic and a service dog in the vehicle as the window was smashed,” he said.

Vajko was driving on K Street NW, just north of Black Lives Matter Plaza, after midnight Sunday. He drove “into a crowd of over one hundred individuals,” a police report says.

He said he was driving about 5 mph to give protesters water and medical supplies when an officer broke the window of his van, which is spray painted with “BLM.”

Video shot by The Daily Caller shows an officer in a white shirt, which are worn by officers who hold the rank of lieutenant and above, ordering Vajko to stop. The driver’s side window was already smashed.

“Stop that van! Put it in park,” the officer yells.

“Relax! Calm down,” a woman can be heard shouting.

Vajko can be seen in the driver’s seat with his hands up. The officer grabs his arm and pulls him out of the van. He’s seen lying on the ground on his back. Then the photographer is ordered to move.

Vajko said he was caught off guard.

Documents show prosecutors declined to file charges against Vajko. A judge ordered police to return his van to him. 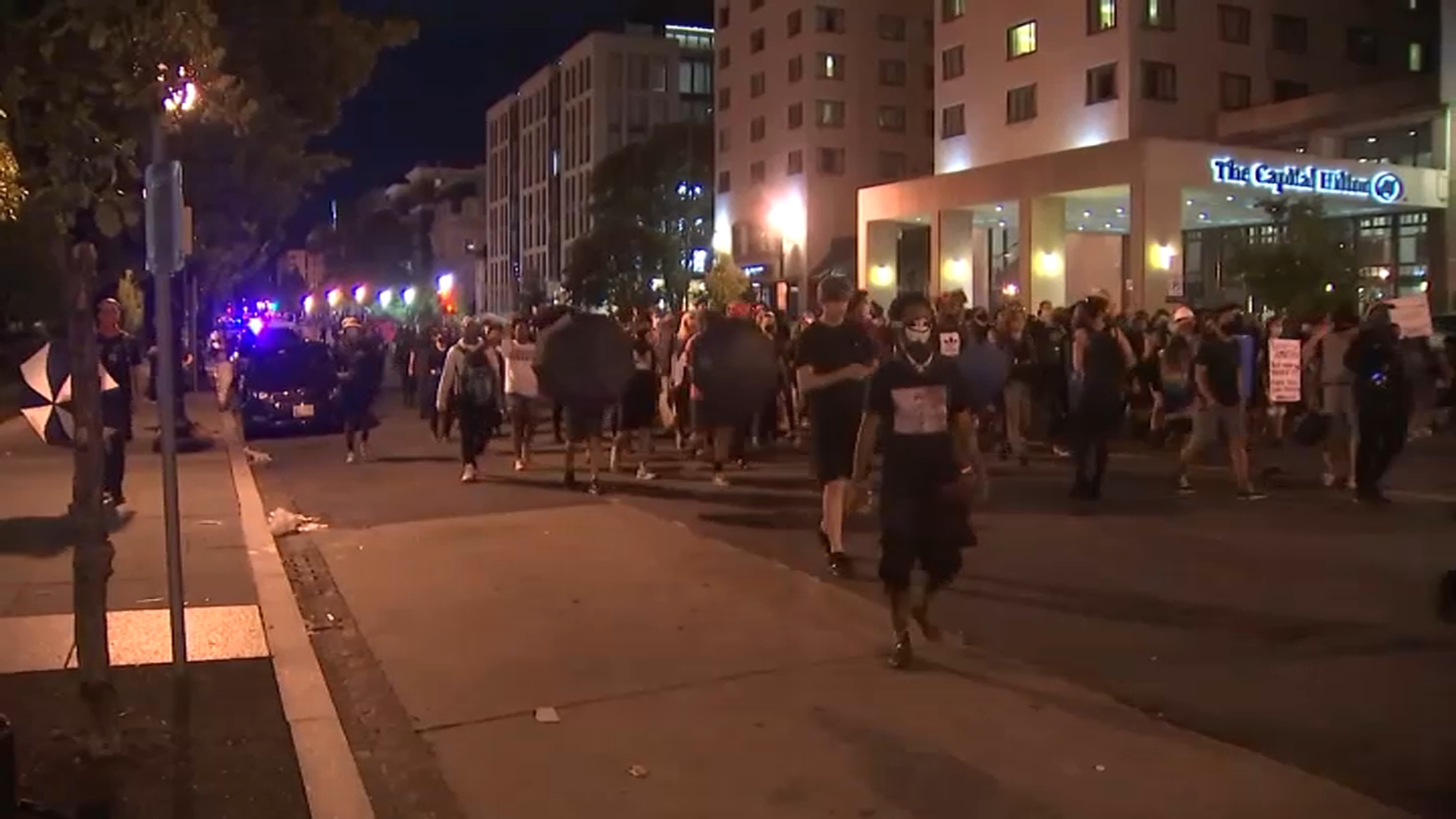 Trump Blames ‘Domestic Terror' for Violence During Visit to Kenosha

Police arrested 69 people and 10 officers were hurt Thursday through early Monday as protesters set off fireworks toward police officers, pointed laser pointers into their eyes and threw balloons full of urine. Friday, the day of the Commitment March, was notably peaceful, with no arrests that afternoon or night.

The police chief and Mayor Muriel Bowser defended officers' use of force and said at a news conference Monday that prosecutors are failing to charge “outside agitators" who wreaked havoc.

The U.S. Attorney’s Office defended themselves and said they “aggressively charged” 121 criminal cases related to protest-related violence from May 28 to Aug. 1.

“Since the protests began, this Office has never turned down a single case for prosecution in which there was sufficient evidence to support probable cause,” they said in a statement.

Alarming words from D.C.'s mayor after peaceful demonstrations for social justice turned violent over the weekend. Mayor Bowser says the rioting was the work of outside agitators. News4's Mark Segraves reports.

It was not immediately clear how many people who were arrested Thursday through Monday were released without being charged.